“The pace of permitting overall is still on track to beat the total number of permits issued during Brown’s final year in office (2018). The number of drilling and rework permits issued in the first ten months of 2019 through November 4 total 4,049. In the same period of 2018, under Governor Brown, the total was 3,723,” the groups stated. 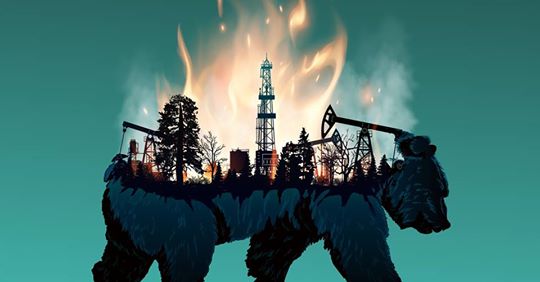 Los Angeles, CA—On November 19, Governor Gavin Newsom froze the approval of new fracking permits as a scientific study of fracking is conducted, but the total number of permits approved under the Newsom Administration still outpace those approved under Jerry Brown in 2018.

State oil and gas regulators have not issued a new permit for fracking or acidizing in California since mid-July and have slowed the overall rate of permitting oil wells.

Yet public interest groups Consumer Watchdog and FracTracker Alliance point out that regulators have granted oil permits at a pace that is 8.8% greater in the first ten months of 2019 than in the same period last year under Governor Jerry Brown, based on an analysis of state data.

1. A halt of approvals of new oil extraction wells that use high-pressure steam to break oil formations below the ground, a process linked to recent oil leaks in Kern County.

2. Rules for public health and safety protections near oil and gas extraction facilities will be updated and strengthened.

3. Pending applications to conduct hydraulic fracturing and other well stimulation practices will be independently reviewed.

“These are necessary steps to strengthen oversight of oil and gas extraction as we phase out our dependence on fossil fuels and focus on clean energy sources,” said Governor Newsom. “This transition cannot happen overnight; it must advance in a deliberate way to protect people, our environment, and our economy.”

Consumer Watchdog and the FracTracker Alliance applauded Governor Newsom's announcement that he would “further rein in oil and gas extraction and regulate health and safety issues near extraction sites,” but noted that the rate of approval of all oil drilling permits still outpaced those approved under Governor Brown last year.

"Governor Newsom has taken an important step toward reining in the most high risk extraction techniques," said Jamie Court, president of Consumer Watchdog. "The ultimate test of his tenure for climate change and the public will be simple math about how many fewer permits are issued and how many existing wells are closed. Net zero wells should be his goal."

In July, the two groups revealed that state oil regulators held stock in the oil companies they regulated, prompting Governor Newsom to fire the state’s top oil regulator, Ken Harris, the head of DOGGR. The Fair Political Practices Commission (FPPC) opened an investigation of the regulators in question.

“Newsom expressed concern at the time that he did not realize fracking permits had increased 103.2% over the first six months of 2018--Governor Jerry Brown’s last year in office,” the groups said.

The FracTracker Alliance and Consumer Watchdog unveiled a new website on November 19 to continually map and update the number of oil and gas wells permitted by the Newsom Administration: http://www.NewsomWellWatch.com.

“The pace of permitting overall is still on track to beat the total number of permits issued during Brown’s final year in office (2018). The number of drilling and rework permits issued in the first ten months of 2019 through November 4 total 4,049. In the same period of 2018, under Governor Brown, the total was 3,723,” the groups stated.

In addition to increasing the numbers of permits issued annually in 2019, the groups said “about ten percent of permits continue to be approved for wells that present the greatest risk to frontline communities. These wells are within 2,500 feet of schools, hospitals, homes, daycares, and nursing facilities and are sources of toxic air emissions including carcinogens.”

Unlike many other oil and gas producing states including Texas, Colorado and Pennsylvania, supposedly “green” California has no health and safety zones around oil and gas drilling operations.

For example, the state of Texas requires fracking operations to maintain 250 foot setbacks from homes, schools and other facilities. This is by no means adequate for health and safety protections, but it is better than California that has zero required setbacks. In addition, the City of Dallas mandates 1500 foot setbacks around oil and gas wells.

This year Assemblymember Al Muratsuchi (D-Torrance) introduced legislation, AB 345, to change things in California. This legislation that would ensure that new oil and gas wells not on federal land are located 2,500 feet away from homes, schools, hospitals, playgrounds and health clinics.

Unfortunately, intense lobbying pressure from the Western States Petroleum Association (WSPA) and legislators receiving big donations from Chevron and other big oil companies prevented the legislature from approving the legislation — and it has been made into a two year bill.

Kyle Ferrar, Western Program Coordinator for FrackTracker Alliance, noted that “while it is promising for the climate and community health to see that Governor Newsom’s administration has stopped issuing hydraulic fracturing and acidizing permits, the real health threat continues to expand in California.”

“Oil and gas wells continue to be permitted in increasing numbers near schools, hospitals, and next to homes in frontline communities,” said Ferrar. “Only setbacks and an end to drilling can reduce the elevated risks of cancer, congenital disorders, asthma and other health impacts resulting from living near oil and gas drilling.”

In July, the FracTracker Alliance and Consumer Watchdog found that the pace of permitting the drilling of new oil and gas wells had grown by 77% over the year before. This included both new oil and gas production wells and enhanced oil recovery wells (EOR).

“As a result, Governor Newsom fired California’s top oil regulator and instituted an ethics review of the state’s oil well approval and inspection process. Since then, the pace of permitting to drill new oil and gas wells slowed, but as of November 4, 2019 was still 17.2% higher than 2018, according to the California Department of Conservation data,” the groups stated.

“This reflects an overall decrease of nearly 60% in the rate of permitting new drilling since July. Similarly, rates of permitting well reworks have slowed 18.5%. As of November 4, permits to rework oil and gas production wells were elevated 19.6% versus 53.3% on July 8; a drop of 33.7%. Well reworks permits are required to deepen, redrill and recondition wells; techniques used to improve production,” the groups concluded.

On a positive note, it is in Newsom’s power to reverse the expansion of oil and gas drilling in California so it becomes less than during Governor Jerry Brown’s last year in office, rather than more.

“Since summer the oil permitting under Governor Newsom has flattened decisively,” said Liza Tucker, advocate for Consumer Watchdog. “Governor Newsom can still reverse the pace of permitting this year so that it is less than Governor Brown’s in 2018.”

Not included in Newsom’s announcements was any mention of addressing the expansion of offshore oil and gas drilling in California waters. This includes over 200 permits for offshore wells in state waters, wells within 3 miles of the California coast, issued between 2012 and 2017, according to Department of Conservation data analyzed by the FracTracker Alliance in 2017. This expansion appears to have continued under Gavin Newsom.

In addition, Newsom didn’t address the fact that the state of California under Brown — and now under Newson - controls four times as many offshore oil wells in state waters as Trump’s federal government controls in federal waters off California. You can view the map showing the location of wells here: http://brownvtrumpoilmap.org.

Finally, Newsom, who was a supporter of the questionable “marine protected areas” created under the privately-funded Marine Life Protection Act (MLPA) Initiative, has made no indication if he will begin the processes to make these highly-touted “Yosemites of the Sea” into real “marine protected areas” that protect the ocean from offshore oil and gas drilling, pollution, wind and other energy projects, military testing and all human impacts on the ocean other than sustainable fishing and gathering.

In an apparent conflict of interest, Catherine Reheis-Boyd, the President of the Western States Petroleum Association (WSPA), served as the chair of the controversial Marine Life Protection Act (MLPA) initiative Blue Ribbon Task Force to create so-called “marine protected areas” in Southern California from 2009 to 2012 at the same time that she was promoting the expansion of offshore drilling in the same region.

The increase in fracking and other oil and gas drilling permits is a result of the millions that WSPA, the most powerful corporate lobbying group in California and the West, and oil companies spend every year on lobbying state officials, including the Governor’s Office and state regulatory agencies.

Members of the Western States Petroleum Association also have donated many millions of dollars to California politicians and campaigns. In October 2018, an 8-month-long NBC Bay Area and Maplight investigation found the oil and gas industry paid $182 million to California politicians, PACs and political causes between 2001 and June 30, 2018: https://www.nbcbayarea.com/investigations/Oil-Gas-Money-Green-California-Politics-494820061.html.

You can expect WSPA and the oil companies to go all out in the coming months to counter the  efforts by Consumer Watchdog, the FracTracker Alliance and the Last Chance Alliance to stop the oil drilling expansion in California.

Because of this money and the power that Big Oil wields in California, the Jerry Brown administration  issued over 21,000 new oil and gas drilling permits in California between 2011 and 2018.

This money and power  allowed the oil industry to write the controversial cap-and-trade (carbon trading) bill, AB 398, that Governor Brown signed in September 2017, as well as to twice defeat a bill to protect a South Coast marine protected area from offshore drilling.

Graphic courtesy of Consumer Watchdog.
Add Your Comments
Support Independent Media
We are 100% volunteer and depend on your participation to sustain our efforts!