Newswire
Calendar
Features
Home
Donate
From the Open-Publishing Calendar
From the Open-Publishing Newswire
Indybay Feature
Publish to Newswire
Add an Event
Related Categories: Santa Cruz Indymedia | Police State & Prisons
Santa Cruz Sheriff's Office Demonstrates New Restraint Tool
by Santa Cruz Police News
Wednesday Nov 20th, 2019 9:32 AM
The Santa Cruz Sheriff's Office announced it will be testing a new restraint tool in front of the media today called the "BolaWrap". The device sends out a "Spiderman" style web that wraps around a suspect's legs and incapacitates them. Accoring to the manufacturer's website, the BolaWrap is a "hand-held remote restraint device that discharges an 8 foot bola style Kevlar tether at 640 feet per second to entangle a subject at a range of 10-25 feet." 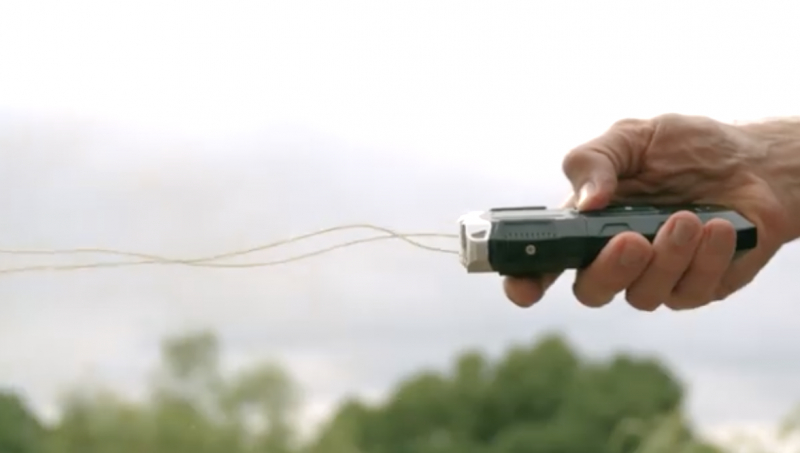 original image (1176x666)
BolaWrap President Tom Smith and his brother also developed the Taser in 1993 as a less lethal alternative to firearms, but Tasers have been proven to be deadly when used by law enforcement agencies.

The demonstration by the Sheriff's Office will be held on November 20 from 10-11am for members of the media by RSVP (see Sheriff's Office press release below).
§BolaWrap
by Santa Cruz Police News Wednesday Nov 20th, 2019 9:32 AM 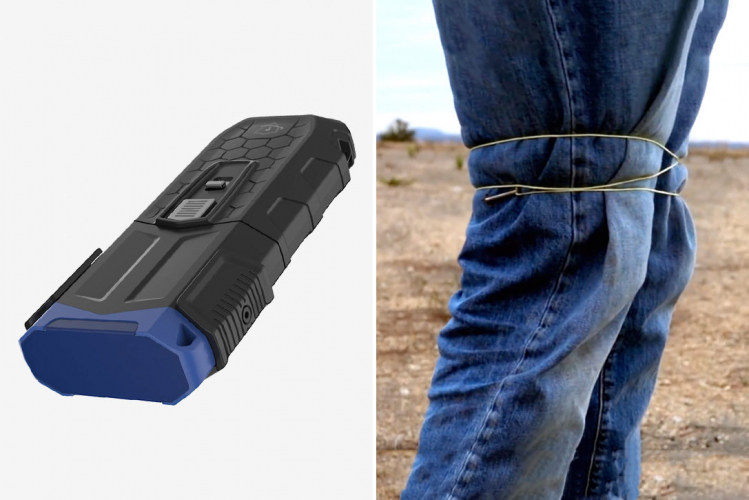 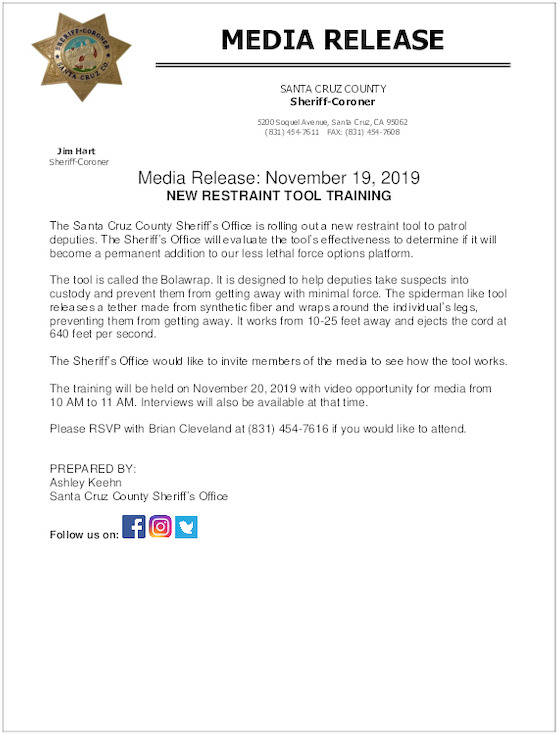 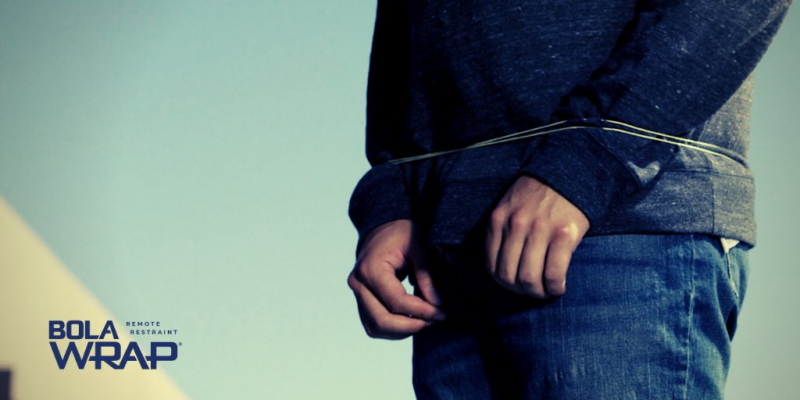