by Leon Kunstenaar
In a cruel development, the Chilean military is targeting protesters' eyes as protests over economic inequality intensify. 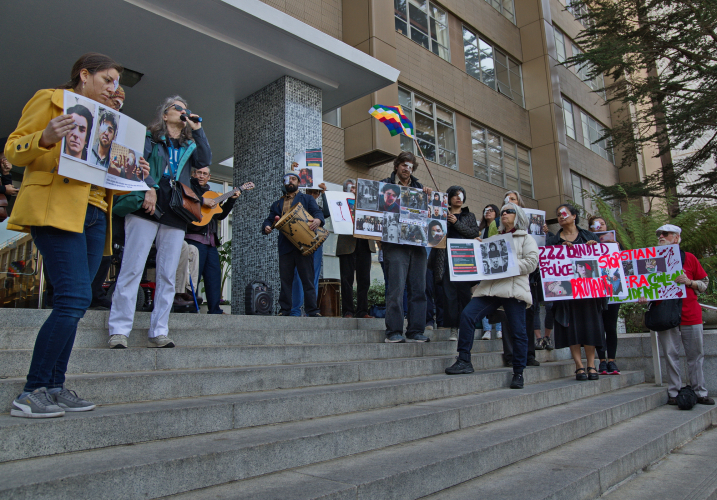 On November 19, with bandaged eyes, the Do No Harm Coalition held a lunch hour protest in sympathy with the Chilean people whose protests are becoming an all out rebellion. With songs and signs showing eye wounds, protesters demonstrated on the steps of UCSF's Medical Science building at 513 Parnassus Ave. The Do No Harm Coalition considers the actions of the Chilean authorities as consitituting a medical emergency, hence the action at the major health facility.

Background info from DNH member Lisa Milos: Since October 18th, doctors, medical students, nurses and other healthcare professionals have joined the call to action by Chilean civil society to protest decades of economic inequality, which has meant years of low-quality healthcare and lack of access due to privatization of healthcare.

Healthcare workers have been treating thousands of patients who have been injured by police violence just for exercising their legitimate right to protest. After more than 40 years of living under a political constitution that was created under and by a dictatorship and a neoliberal economic model that has privatized the entire country, the people said No Mas Abusos (No more abuse)
END_OF_DOCUMENT_TOKEN_TO_BE_REPLACED
§
by Leon Kunstenaar 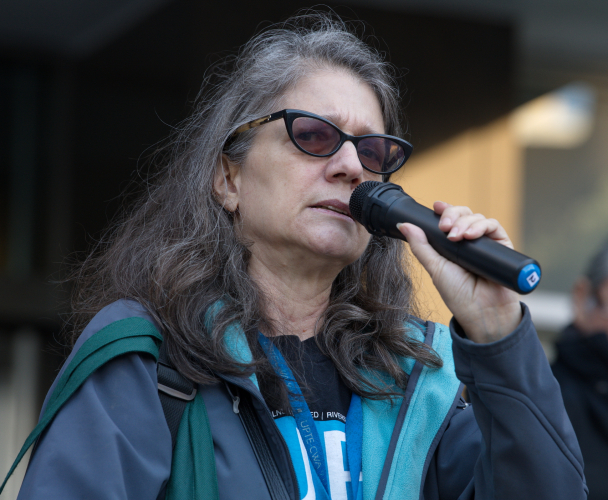 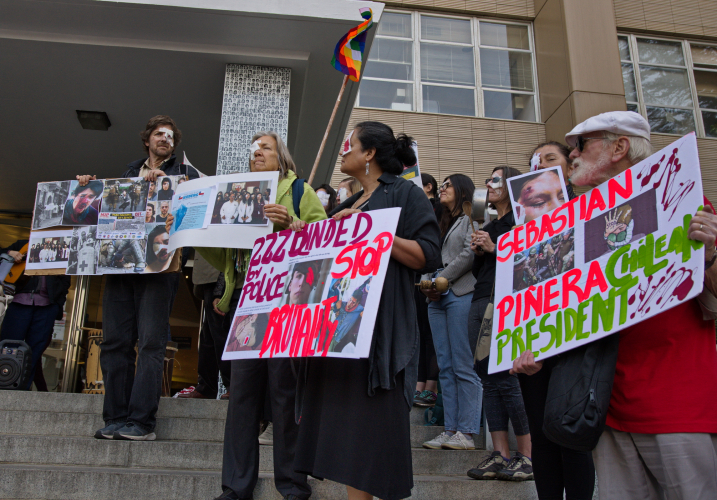 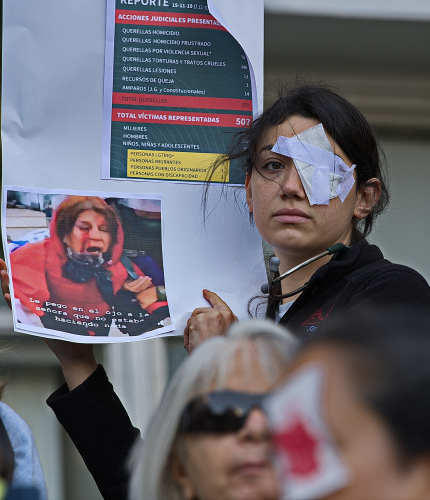 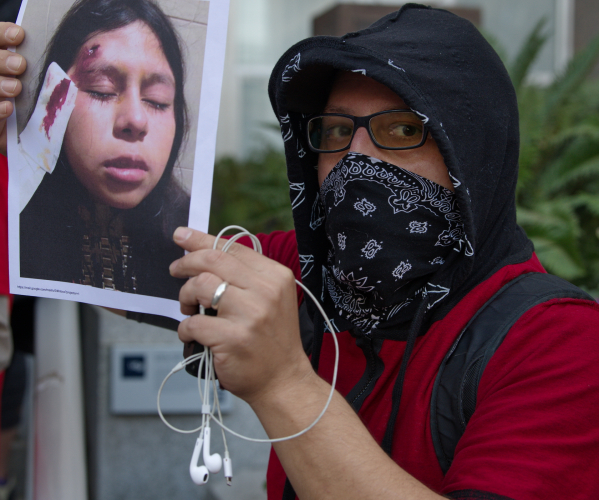 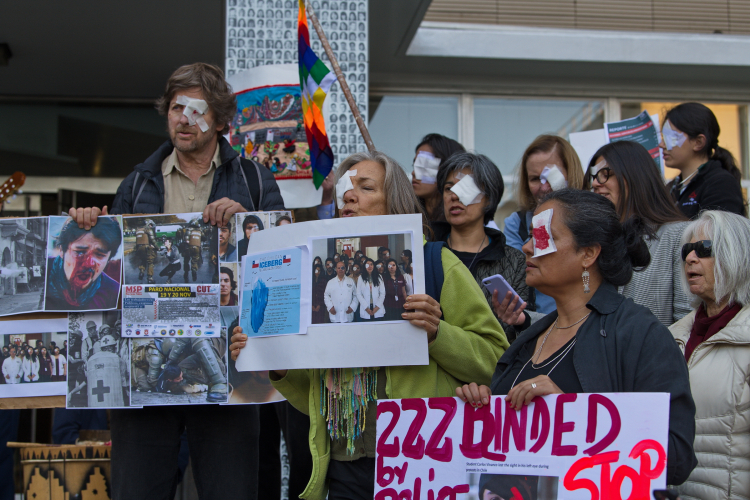 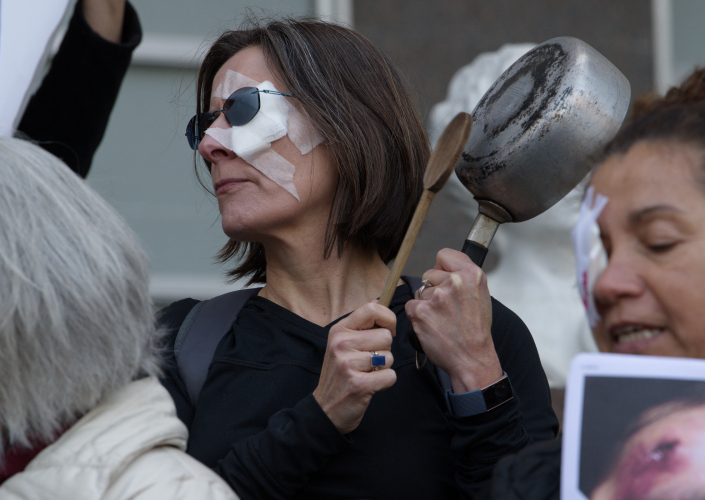 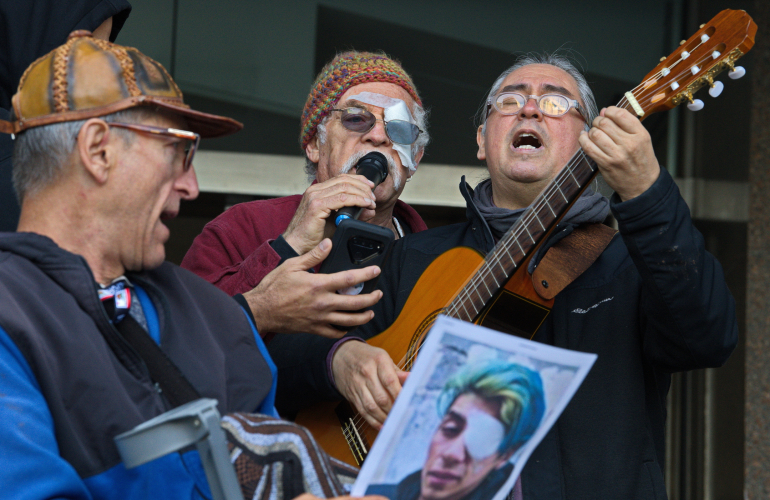 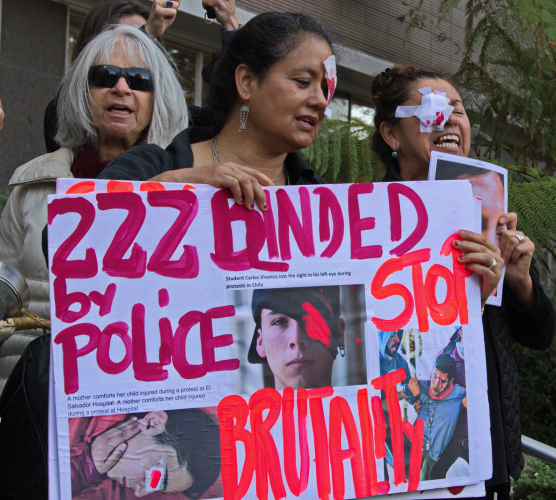 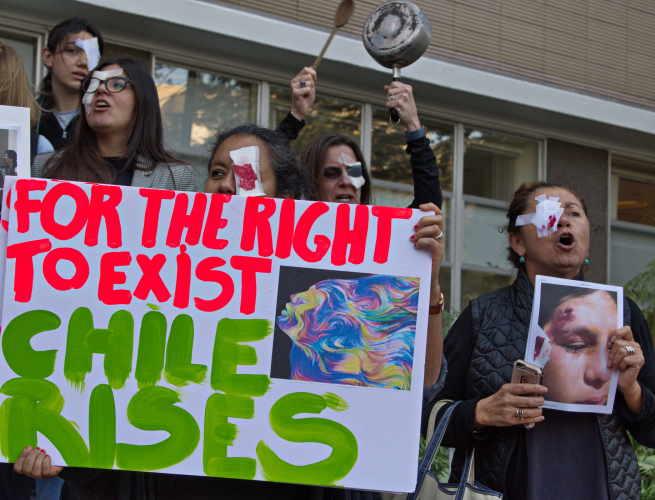 original image (1834x1400)
END_OF_DOCUMENT_TOKEN_TO_BE_REPLACED
Add Your Comments
Support Independent Media
We are 100% volunteer and depend on your participation to sustain our efforts!