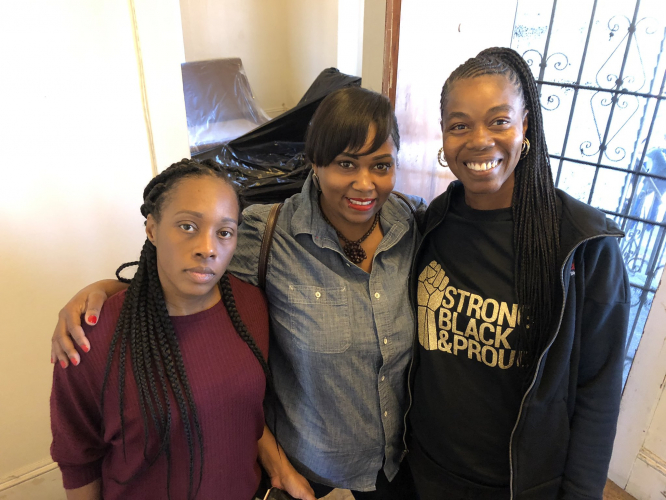 original image (2048x1536)
[All photos and captions below by @sassmasterdeane]


Oakland, Calif., -- Today, two homeless mothers born and raised in Oakland reclaimed possession of a vacant investor-owned property in West Oakland. The mothers, Dominique Walker and Sameerah Karim, are the founding members of Moms for Housing, created to address the extreme challenges working mothers face in finding safe and affordable housing for themselves and their children.

The Moms for Housing have announced their intention to remain in the home until it is returned to the Oakland community. Their supporters are surrounding the home, and will remain in place until the transfer of the home to community control has been negotiated.

The home was foreclosed upon and then purchased by Wedgewood Properties, a self-described “leading acquirer of distressed residential real estate” which also “manages bulk quantities of non-performing and re‑performing residential whole loans purchased from banks.” Since 2017, Wedgewood has kept the renovated property vacant. The home includes 3 bedrooms and 1 bathroom.

“There are four times as many empty homes in Oakland as there are homeless people,” said Sameerah Karim, one of the Moms for Housing. “Why should anyone - especially children - sleep on the street while perfectly good homes sit empty?”

The Moms for Housing hosted a housewarming party at 2928 Magnolia Street beginning at noon on November 18. Supporters were invited to join in and help prevent the Moms for Housing from being removed from their new home through non-violent direct action and community solidarity.

“This home was stolen from the Black community in the subprime mortgage crisis, and it’s been sitting vacant for nearly years,” said Dominique Walker, a Mom for Housing. “We tried working through the system to find affordable housing. We both hold down multiple jobs and take care of our families. But this system doesn’t work for people; it only works for banks and corporations.”

“The Moms for Housing are taking this house back on behalf of the Oakland community,” said Walter Riley, civil rights attorney. “But they need your support. Visit moms4housing.org to get involved. Together we can take Oakland back from the big banks and real estate speculators. We need a new paradigm in thinking about private property. The financial system doesn’t work for working class people. Our whole outlet has to change, and this is the first step.”
http://moms4housing.org
§Pastor Cherri Murphy
by Moms 4 Housing Monday Nov 18th, 2019 7:31 PM 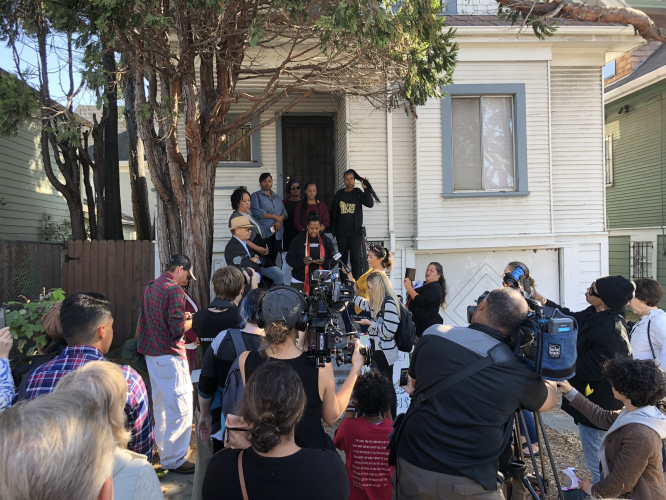 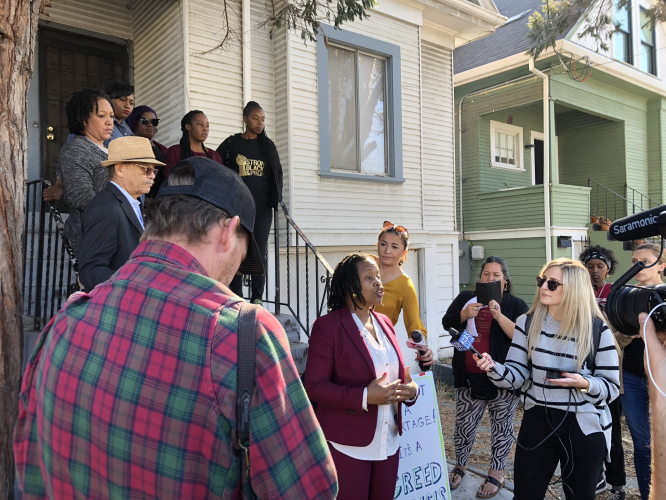 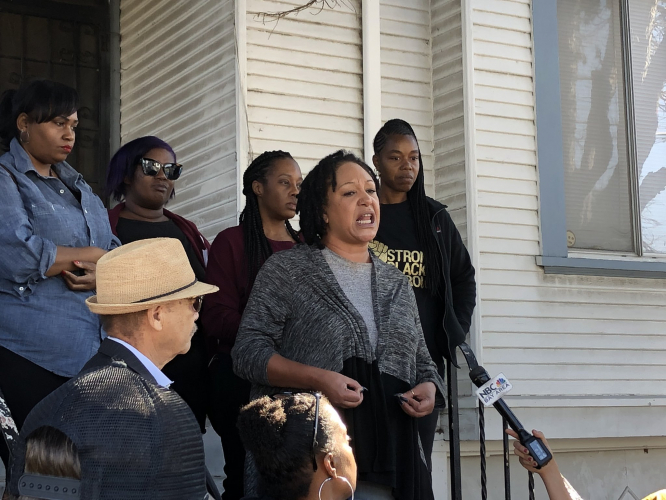 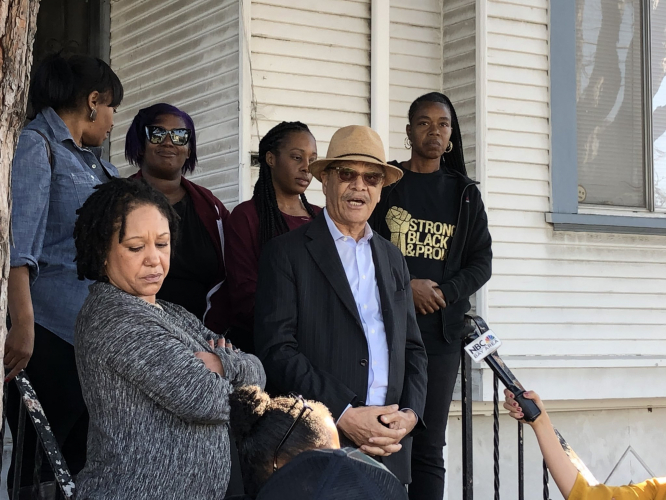 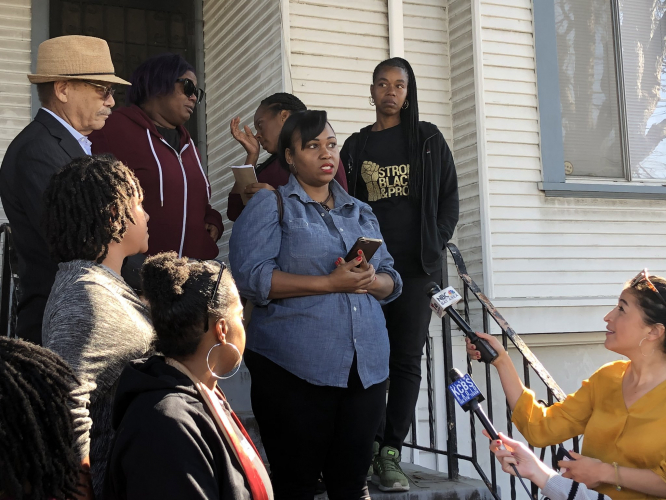 original image (2048x1536)
Sameerah Karin: “I was born & raised in Oakland. I work 3 jobs, and I can’t afford to live in my city. This is the best thing I’ve ever done. This is my home. I was born and raised here. I deserve to be here.” Calls for community to support #MomsHouse
http://moms4housing.org
§Moms4Housing co-founder Dominique Walker
by Moms 4 Housing Monday Nov 18th, 2019 7:31 PM 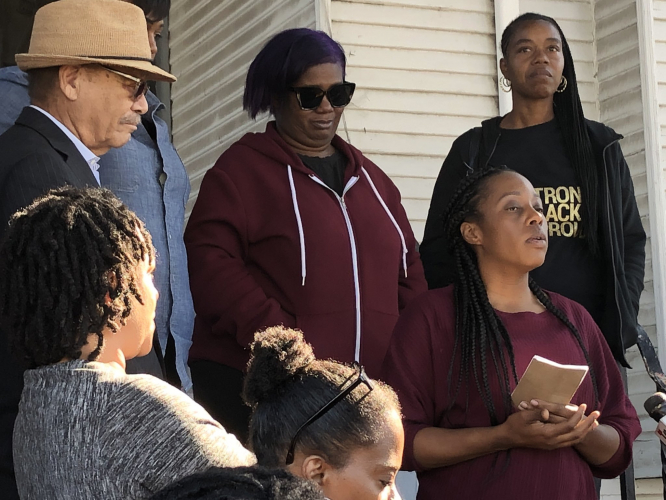 original image (2048x1536)
Dominique Walker, co-founder of @moms4housing has been a community organizer in Oakland since the age of 14. She’s a powerhouse y’all.
http://moms4housing.org
Add Your Comments
Support Independent Media
We are 100% volunteer and depend on your participation to sustain our efforts!