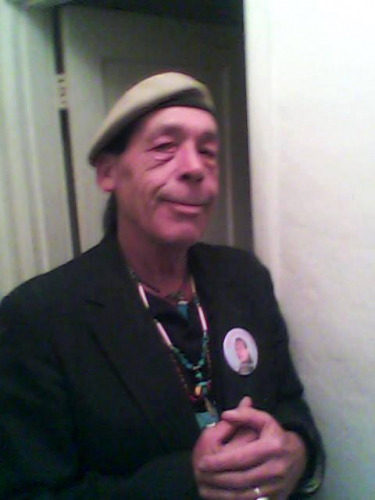 Kinney's paper he presented at the California Indian Conference was entitled- ' California Indian Country's Historic Trauma and Mental Health Issues of the 21st Century'. A part of his paper quoted the core issue of his presentation: " About 85 % of Native People in California have mental health issues such anxiety-panic attacks, depression, anger-violence issues. We as Native People must as our selves why. According to Maria Yellow Horse Brave Heart, Ph.D. " Five hundred years of conquest, death, cultural deprivation and mistreatment have left North American Native populations with unresolved grief which must be openly discussed if it going to be resolved."

Many notable California Natives from the San Francisco Bay Area attended the California Indian Conference whose theme this year was: ' The Offering- Creating the Bonds of Community '

Among the notables who attended were -Connie Reitman of the California Tribal Women's Association, Keynote speaker Greg Sarris of the Federated Indians of the Granton Rancheria, Bev Ortiz,Ph.D., who is an ethnographic consultant and Native California writer/ journalist. Also present was author Malcolm Margolin and founder of Heyday Books in Berkeley. Mr. Margolin is the Executive Director of the California Institute for Community, Art and Nature (ICAN)
§
by Mike Raccoon Eyes Kinney Monday Nov 18th, 2019 11:12 AM 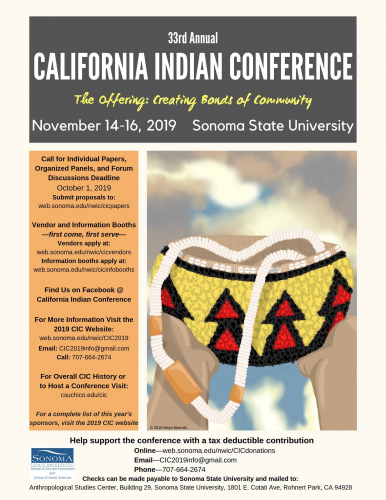 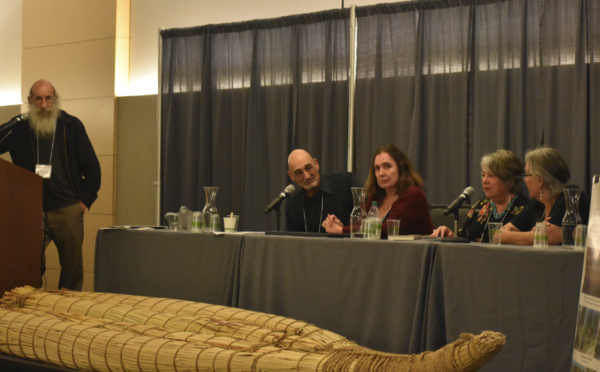