Newswire
Calendar
Features
Home
Donate
From the Open-Publishing Calendar
From the Open-Publishing Newswire
Indybay Feature
Publish to Newswire
Add an Event
Related Categories: International | Anti-War
Top Bolivian coup plotters trained by US military’s SOA
by Jeb Sprague (The Grayzone)
Sunday Nov 17th, 2019 10:48 PM
Commanders of Bolivia’s military and police helped plot the coup and guaranteed its success. They were previously educated for insurrection in the US government’s notorious School of the Americas and FBI training programs. 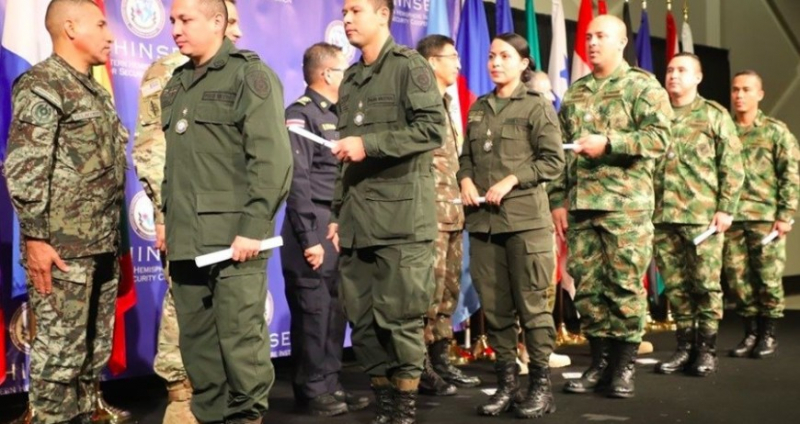 original image (870x462)
The United States played a key role in the military coup in Bolivia, and in a direct way that has scarcely been acknowledged in accounts of the events that forced the country’s elected president, Evo Morales, to resign on November 10.

Just prior to Morales’ resignation, the commander of Bolivia’s armed forces Williams Kaliman “suggested” that the president step down. A day earlier, sectors of the country’s police force had rebelled.

Though Kaliman appears to have feigned loyalty to Morales over the years, his true colors showed as soon as the moment of opportunity arrived. He was not only an actor in the coup, he had his own history in Washington, where he had briefly served as the military attaché of Bolivia’s embassy in the US capital.

Kaliman sat at the top of a military and police command structure that has been substantially cultivated by the US through WHINSEC, the military training school in Fort Benning, Georgia known in the past as the School of the Americas. Kaliman himself attended a course called “Comando y Estado Mayor” at the SOA in 2003.

At least six of the key coup plotters are alumni of the infamous School of the Americas, while Kaliman and another figure served in the past as Bolivia’s military and police attachés in Washington.

Within the Bolivian police, top commanders who helped launch the coup have passed through the APALA police exchange program. Working out of Washington DC, APALA functions to build relations between U.S. authorities and police officials from Latin American states. Despite its influence, or perhaps because of it, the program maintains little public presence. Its staff was impossible for this researcher to reach by phone.

It is common for governments to assign a small number of individuals to work at their country’s embassies abroad as military or police attachés. The late Philip Agee, a one-time CIA case officer who became the agency’s first whistleblower, explained in his 1975 tell-all book how US intelligence traditionally relied on the recruitment of foreign military and police officers, including embassy attachés, as critical assets in regime change and counter-insurgency operations.

As I found from the more than 11,000 FOIA documents I obtained while writing my book on the paramilitary campaign waged in the lead up to the February 2004 ouster of Haiti’s elected government and the post-coup repression, U.S. officials worked for years to ingratiate themselves and establish connections with Haitian police, army, and ex-army officials. These connections as well as the recruitment and information gathering efforts eventually paid off.

In Bolivia, too, the role of military and police officials trained by the US was pivotal in forcing regime change. U.S. government agencies such as USAID have openly financed anti-Morales groups in the country for many years. But the way that the country’s security forces were used as a Trojan Horse by US intelligence services is less understood. With Morales’s forced departure, however, it became impossible to deny how critical a factor this was.