Add an Event
Newswire
Calendar
Features
Home
Donate
From the Open-Publishing Calendar
From the Open-Publishing Newswire
Indybay Feature
Publish to Newswire
Add an Event
Related Categories: Peninsula | Womyn
Protesters Demonstrate at VP Mike Pence's NASA Speech in Mountain View, CA
by Protest Reporting
Sunday Nov 17th, 2019 1:43 PM
Vice-President Mike Pence gave a speech at NASA Ames Research facility on November 14 following a brief fundraising trip to California. The same day there was a school shooting in Santa Clarita. Demonstrators did not hesitate to point out that Pence is an adamant supporter of the National Rifle Association. 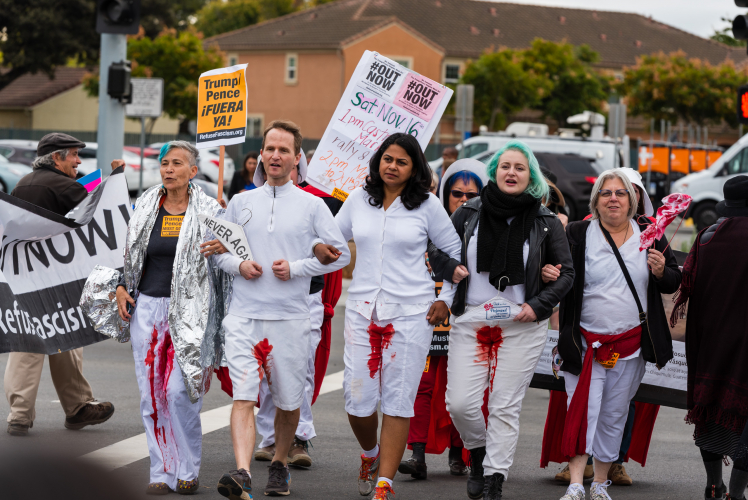 About 100 NASA Ames employees were selected to hear a speech by Vice-President Pence at Moffett Airfield in Mountain View, California last week, but not everyone was thrilled with his visit. Protesters staged a striking red, white and black demonstration outside the NASA research facility.

Grannies in black portrayed mourners in street theater staged in the middle of the intersection in front of the Moffett Field gates. Protesters in white provided the shock element in the dramatic performance ...they wore realistic looking fake blood splashed on their crotches. The die-in portrayed victims of back-alley abortions. They were joined by handmaidens in red capes and white bonnets.

While the major goal of the demonstration was to draw public attention to the Vice-President's misogynistic/homophobic agenda, a school shooting in Southern California the same morning prompted demonstrators to call out during the die-in that Pence has strong NRA ties. 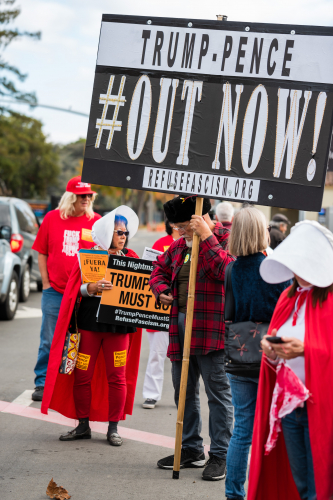 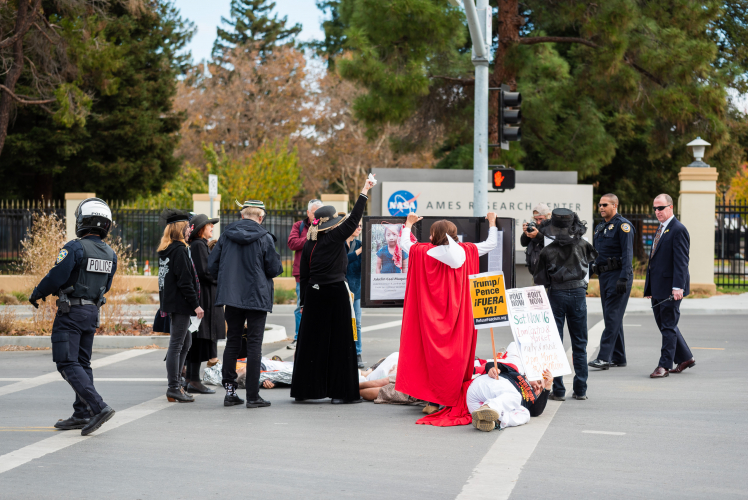 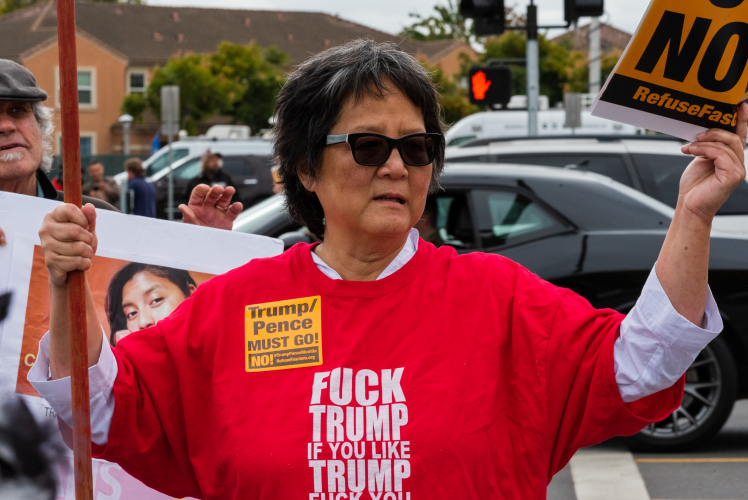 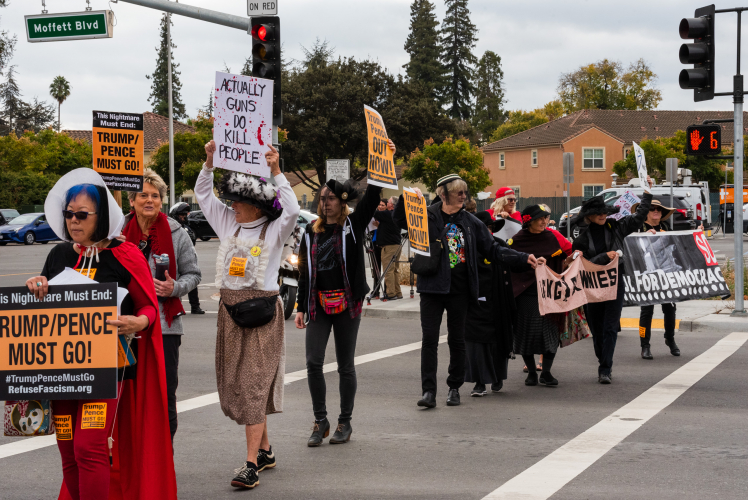 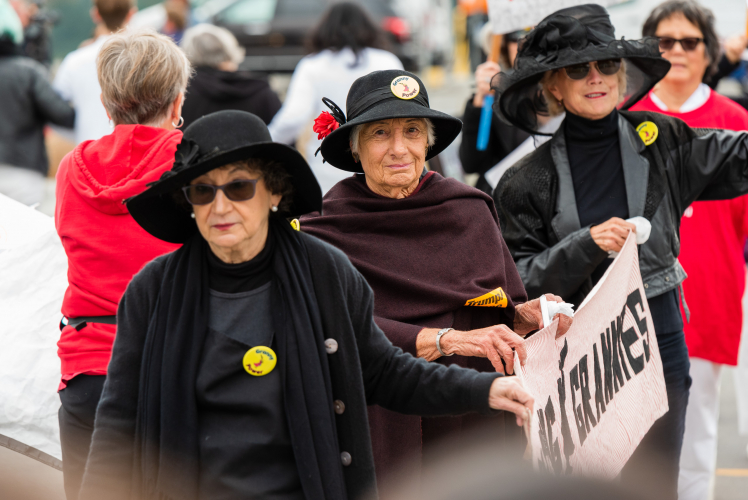 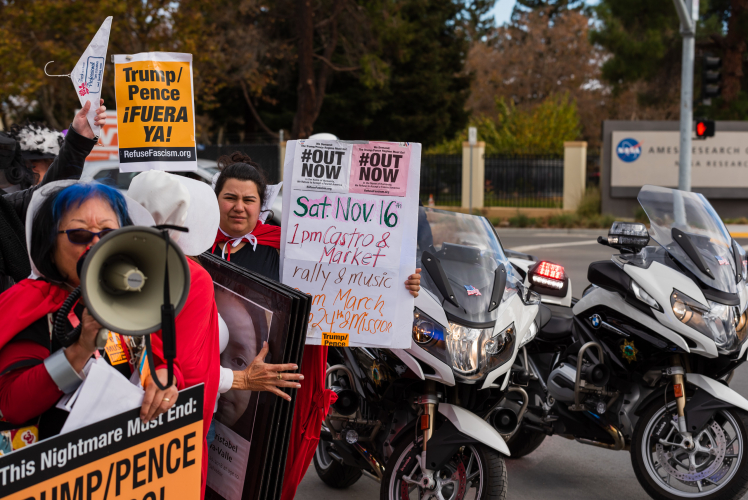 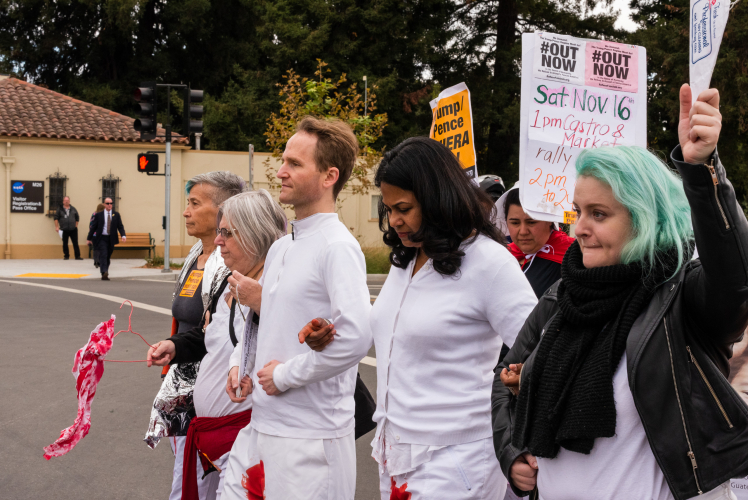 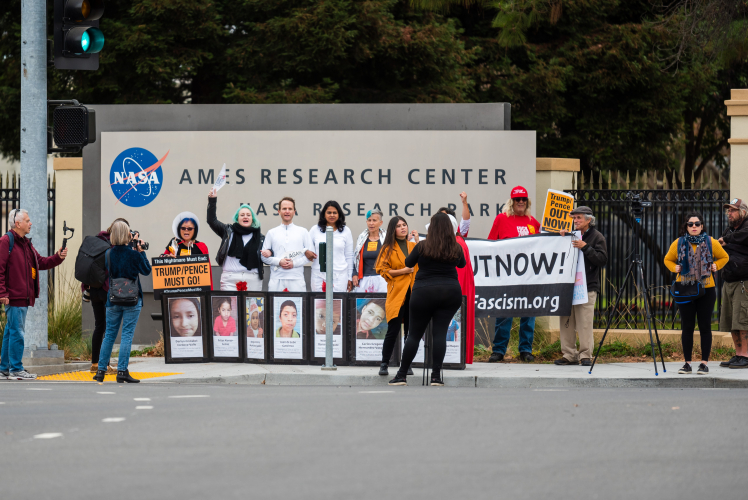 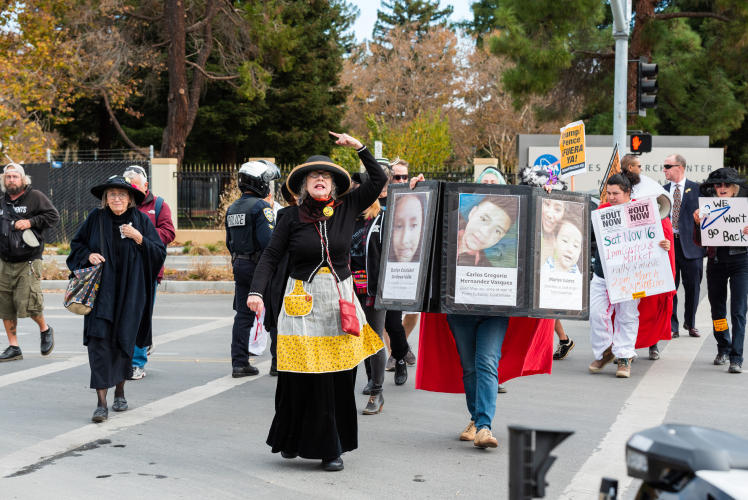 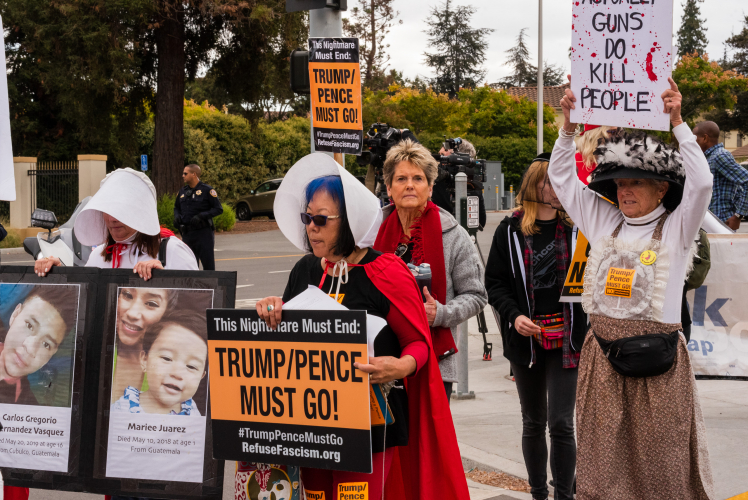 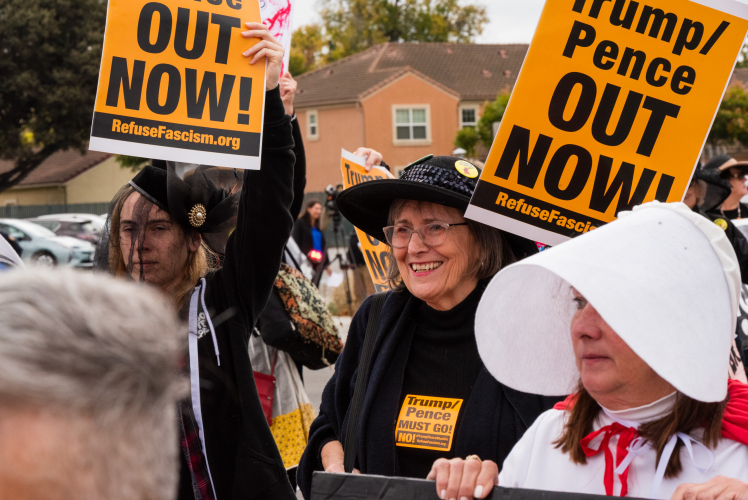 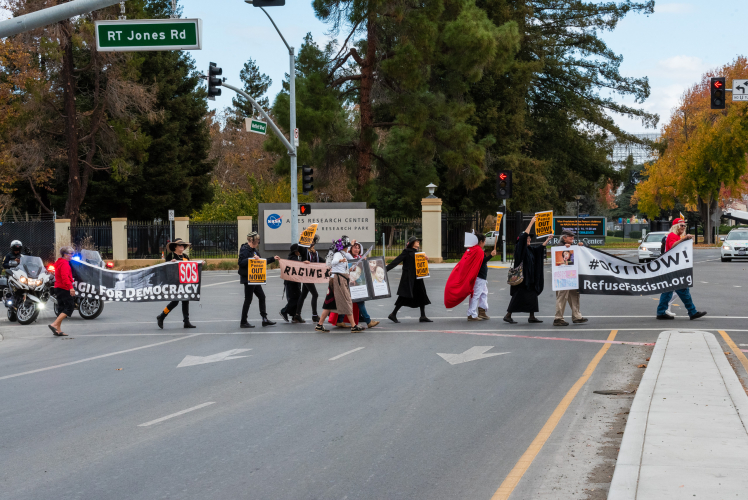 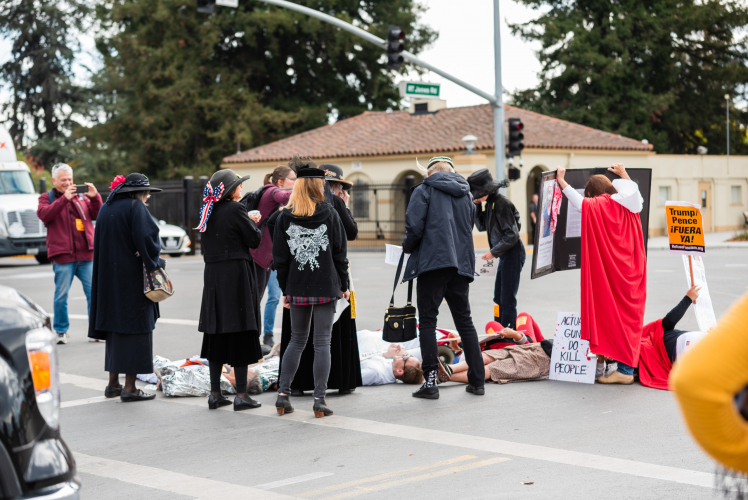 original image (2560x1709)
Add Your Comments
Support Independent Media
We are 100% volunteer and depend on your participation to sustain our efforts!