Add an Event
Newswire
Calendar
Features
Home
Donate
From the Open-Publishing Calendar
From the Open-Publishing Newswire
Indybay Feature
Publish to Newswire
Add an Event
Related Categories: Santa Cruz Indymedia | Health, Housing & Public Services
Community Members Re-establish Ross Camp
by Alex Darocy (alex [at] alexdarocy.com)
Sunday Nov 10th, 2019 3:47 PM
Homeless residents in Santa Cruz are moving back into the Ross Camp today. The area has been fenced off since it was closed by authorities in the spring, but homeless community members are presently accessing it, cleaning it up, and moving back in. Alicia Kuhl of the Santa Cruz Homeless Union is among a group of individuals facilitating services there. She posted the following message on social media: "I'm asking for people to come and show up in support of the re-established Ross Camp today, maybe bring water or food item to share, or just come and support us." 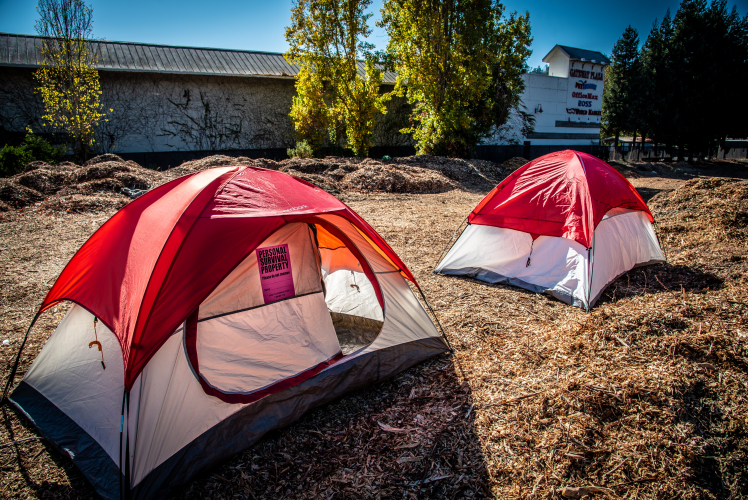 original image (3000x2003)
One woman who was moving her possessions over to the camp at about noon was communicating to people who were passing by on the San Lorenzo Riverway, and encouraging them to join her.

"It's the only safe place to sleep," she told one person.

The woman explained that she was a resident of the Ross Camp during it's first run in the spring, and that it was Park Rangers in the City of Santa Cruz who originally directed her to go there after they found her camping in another part of the City.

"The Rangers sent me out here, then they kicked me out of here," she said, referring to the forced eviction of the camp in May.

She also told one passerby that she was a close friend of Deseire Quintero, the woman who was killed on October 28 by a falling tree as she was visiting a homeless friend, who was survival camping in Pogonip.

Quintero was a plaintiff in the lawsuit launched by homeless residents to keep the Ross Camp open. Their legal efforts delayed the closing of the camp, but eventually Quintero and the others were forced out by the City's eviction.

Since Quintero's passing, her friends in the activist community have been using the phrase "The City Lied, People Died" in their efforts. As a justification to close the first run of the Ross Camp, the City claimed it had offered residents alternate locations to live, and offered them motel vouchers, which homeless advocates say was not true.


For more information about the re-establishment of the Ross Camp, see: 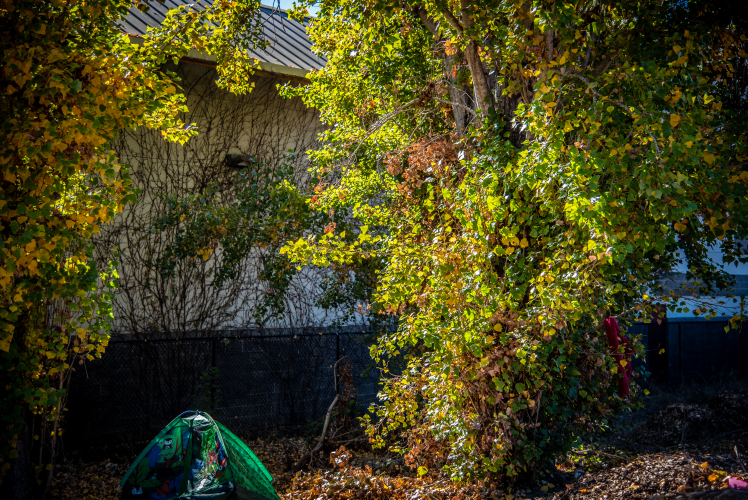 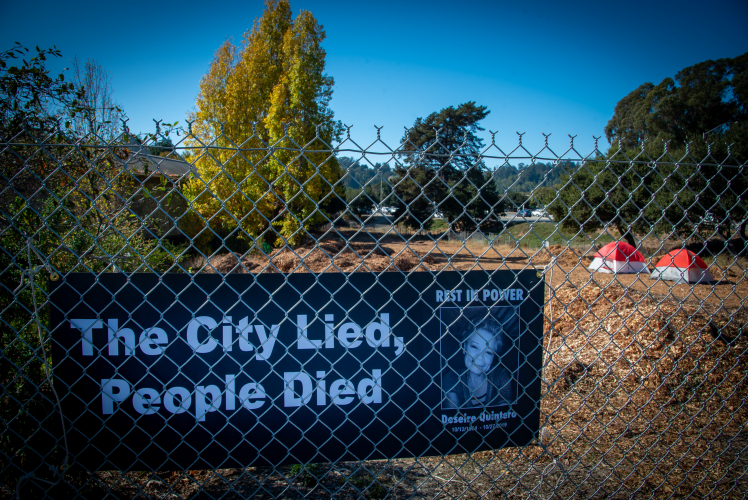 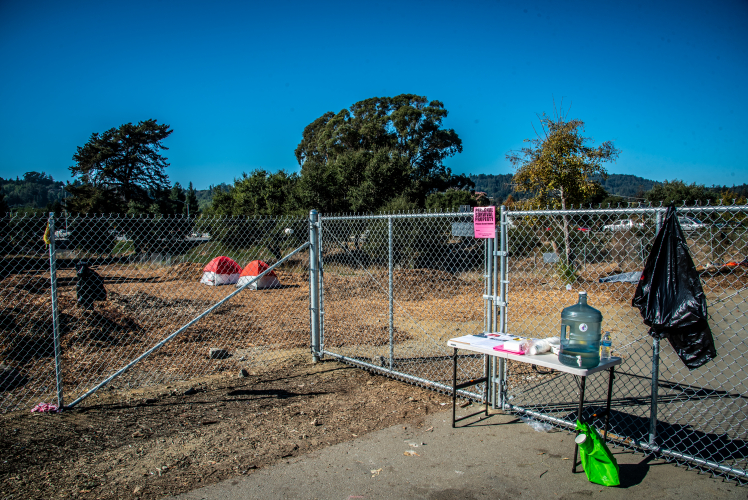 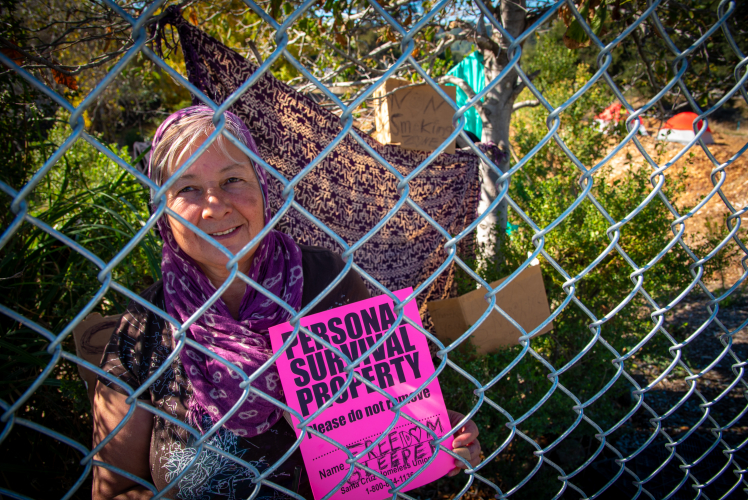 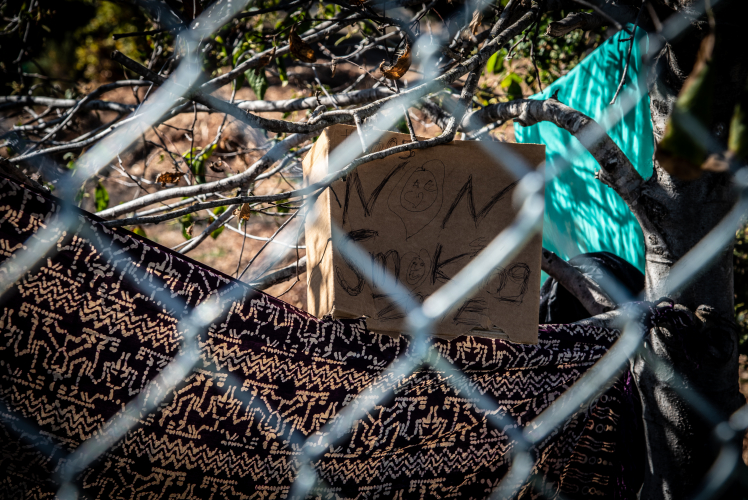 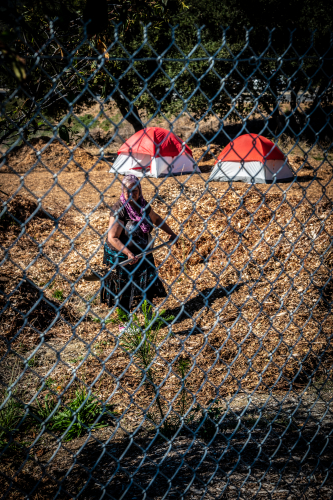 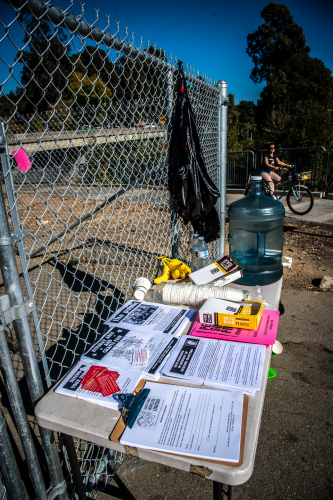 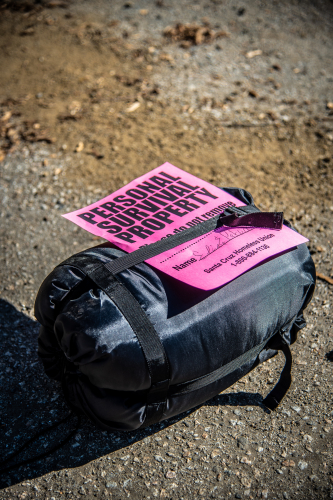 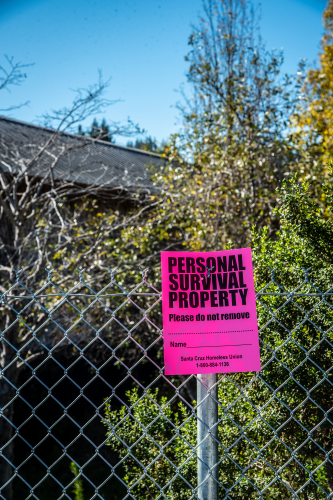 original image (2003x3000)
http://alexdarocy.blogspot.com/
§People have been camping next to the fence that surrounds the Ross Camp for some time
by Alex Darocy Sunday Nov 10th, 2019 3:47 PM 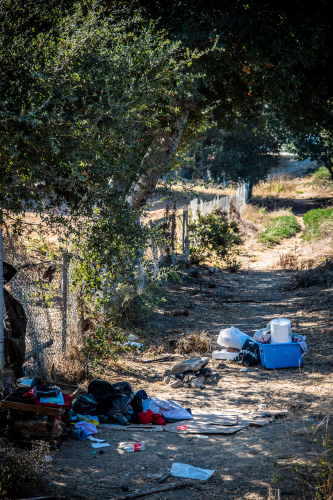 original image (2003x3000)
http://alexdarocy.blogspot.com/
Add Your Comments
LATEST COMMENTS ABOUT THIS ARTICLE
Listed below are the latest comments about this post.
These comments are submitted anonymously by website visitors.