Newswire
Calendar
Features
Home
Donate
From the Open-Publishing Calendar
From the Open-Publishing Newswire
Indybay Feature
Publish to Newswire
Add an Event
Related Categories: Central Valley | Environment & Forest Defense
Groups slam Trump administration's sweetheart water deal with Westlands Water District
by Dan Bacher
Friday Nov 8th, 2019 6:39 PM
Interior's plan to “award one of the first contracts for federal water in perpetuity” to Westlands has been proposed at a critical time for Delta smelt, Sacramento River winter Chinook salmon, steelhead and other fish populations that depend on a healthy Bay-Delta Estuary to survive and thrive. 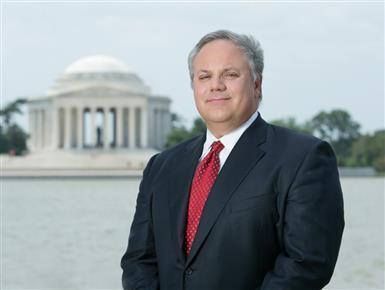 Conservation, environmental justice and public interest groups today responded with outrage to an Associated Press report that Secretary David Bernhardt’s Interior Department is poised to award one of the first contracts for federal water “in perpetuity” to the powerful Westlands Water District - Bernhardt’s former lobby client and largest agricultural water district in the U.S.

A draft Bureau of Reclamation contract dated October 22 reveals that Interior plans to deliver Westlands up to 1.15 million acre-feet of water a year, more than double the water supply used by the City of Los Angeles in 2018. Reclamation on Friday announced that it has released the Westlands draft repayment contract and has extended the 60-day public comment period until January 8, 2020.

The contract is available at: https://www.usbr.gov/mp/wiin-act/negotiated-conversion-contracts.html

"Other water districts have asked the department for similar deals but the bureau has so far only completed Westlands’ contract," according to Roll Call: https://www.rollcall.com/news/interior-plans-ink-contract-former-bernhardt-clientﾠ

Interior spokesperson Carol Danko claimed that Bernhardt played no role in the decision to grant the contract to the controversial water agency, but public trust advocates disagree. The Western Values Project today slammed Bernhardt for his “clear conflicts of interest” in the water deal.

“Despite Bernhardt’s clear conflicts of interest and his involvement in decisions that are currently under investigation for ethics violations, he can’t stop carrying water for his powerful former client,” said Jayson O’Neill, Deputy Director of Western Values Project. “The flood gates of corruption flow through Bernhardt, who has manipulated scientific studies, prioritized resources, and tasked staff all to benefit a former client at the expense of the public. Bernhardt’s level of corruption may only be eclipsed by that of his boss, but that should not prevent Congress from initiating an investigation immediately.”

Salmon advocates also expressed their opposition to the water deal between Westlands and Interior, since guaranteeing more Northern California water will only further imperil struggling runs of salmon and steelhead on the Sacramento, Joaquin, Trinity and Klamath rivers.

"Climate change impacts to our rivers and possible impacts to Tribal water rights makes locking in these diversions unacceptable. Much of Westlands' crops are exported, but their diversions and pollution are largely responsible for killing off Northern California's salmon, and their discharges are polluting our drinking water. We should be retiring some of Westlands lands and protecting our rivers, not promising an endless contract to Westlands because they are Bernhardt's buddies,” stated Chichizola.

In response to the report, Barbara Barrigan-Parrilla, executive director of Restore the Delta, urged Governor Newsom “to condemn the conflict of interest between Secretary Bernhardt and Westlands Water District reported today by Ellen Knickmeyer of the Associated Press.”

“This corrupt water giveaway from Bernhardt, Westlands' former lobbyist, is undermining the voluntary agreement process being led by the Newsom administration. We can never achieve what is best for Delta flows with non-stop water giveaways to the Westlands Water District through a perpetual water contract and behind the scenes wheeling and dealing. It's time for Governor Newsom to step-up and do what is best for the San Francisco Bay-Delta estuary. The voluntary agreement process must be transparent, not only within state processes, but at the federal level. And it must include impacted parties from the Delta,” she stated.

In her article Knickmeyer said, “The Interior Department is proposing to award one of the first contracts for federal water in perpetuity to a powerful rural California water district that had long employed Secretary David Bernhardt as a lobbyist….Bernhardt served as a lobbyist for Westlands until 2016, the year before he joined Interior, initially as deputy secretary.”

“The Interior Department needs to look out for the public interest, and not just serve the financial interests of their former lobbying clients,” Rep. Jared Huffman, a Democrat from California,” told Knickmeyer.

Bernhardt’s plan to award the sweetheart deal to Westlands has been proposed at a critical time for Delta smelt, Sacramento River winter Chinook salmon, steelhead and other fish populations that depend on a healthy Bay-Delta Estuary to survive and thrive. The Delta smelt is moving closer and extinction, due to a combination of massive water exports to San Joaquin Valley agribusiness operations and toxic water releases into the San Joaquin River and San Francisco Bay-Delta.

The California Department of Fish and Wildlife found, for the first time ever, ZERO Delta smelt in their Fall Midwater Trawl Survey throughout the Delta in the fall of 2018. Again, in September and October of 2019, the CDFW has caught zero Delta smelt in the annual trawl.

The smelt, an indicator species that shows the health of the estuary, was once the most numerous fish in the entire Delta, numbering in the millions. Now they are in peril of becoming extinct in the wild, due to the failure by the state and federal governments to take action.

The full implications of Governor Gavin Newsom's veto of Senate Bill 1, a bill designed to protect endangered fish from attacks on federal laws by Trump administration, could not be clearer: Newsom has left the path open for the Trump administration to eviscerate protections for Delta smelt, salmon, steelhead and other fish species under federal law.

Newsom’s veto of SB 1 appears to be in response to the big donations he has received from Big Ag. The total contributions from agriculture in Newsom's 2018 campaign for Governor were $637,398, including $116,800 from Beverly Hills agribusiness tycoons Stewart and Lynda Resnick, owners of the Wonderful Company and the largest orchard fruit growers in the world.

Agribusiness tycoons are among the most strident supporters of the voluntary agreements and the Delta Tunnel — and are among the strongest proponents of attacks on the Endangered Species Act, a landmark federal environmental law that SB 1 would have protected.

In other Westlands Water District news, California Attorney General Xavier Becerra today announced a proposed settlement against Westlands resolving allegations that Westlands violated California law by illegally participating in a project to raise the height of the Shasta Dam: https://www.dailykos.com/story/2019/11/8/1898124/-AG-Secures-Settlement-Against-Westlands-for-Illegal-Participation-in-Shasta-Dam-Raise-Project

“This unlawful project would have hurt the McCloud River, and the communities and species that depend on it,” said Attorney General Becerra. “Westlands’ attempt to engage in this process violated the California Wild and Scenic Rivers Act. In spite of this, the District attempted to force its way forward. We applaud the court for blocking this project and are thankful that this matter has come to a close. You might have friends in Washington D.C., but that doesn’t place you above the law.”
Add Your Comments
Support Independent Media