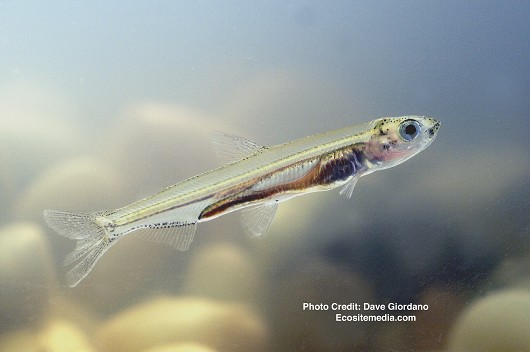 On December 5, the state of California will hold a hearing to decide if irrigators in the San Joaquin Valley can continue to discharge toxic selenium, made infamous during the Kesterson Wildlife Refuge scandal of 1983, into the San Joaquin River, Delta and Bay for the next 25 years.

In a letter sent to the Central Valley Central Valley Regional Water Quality Control Board today, the Pacific Coast Federation of Fishermen's Associations (PCCFA) led a coalition of fishing organizations, tribes, and environmental groups in condemning plans to extend permitting of the Grasslands Bypass Project (GBP).

“After two decades of promises to cease toxic discharges of selenium and other contaminants into the Sacramento-San Joaquin Delta, the Bureau of Reclamation and the Regional Board are poised to sanction a quarter century of continued toxic discharges into the Delta via the GBP,” according to a statement from PCFFA. “These discharges frequently exceed numerous water quality criteria. Allowing decades of relaxed standards will impact the entire aquatic food chain, endangered and commercially harvested salmon, migratory birds, recreational fisheries, and communities that rely on the Delta for drinking water.”

The Grasslands Bypass Project commenced operations in 1995 as a two-year program. Its initial federal use agreements have now been extended three times, and the project has been granted numerous waste discharge waivers, PCFFA noted.

“All of the permits, environmental reviews, and findings that supported these use agreements were predicated on zero discharge at the end of each agreement’s term: first for 5 years, then 10 more years, and then 10 additional years,” PCFFA stated. “All that time—25 years in total—polluted discharge from the GBP confirmed to exceed toxicity thresholds was either entirely exempt from meeting protective water quality standards, or only required to meet relaxed, greatly reduced standards. Furthermore, over that 25-year-period the GBP steadily reduced both its monitoring of polluted discharges and its record of compliance .”

The groups said the Newsom and Trump Administrations' non-compliant proposed action comes despite a court ruling at the 9thCircuit earlier this year that found that commingled stormwater and agricultural discharges are not exempt from the National Pollution Discharge Elimination System.

"Fishermen and coastal communities have been dealing with the mess from upstream polluters for decades,” said Noah Oppenheim, executive director of PCFFA. “The result is poisoned waterways, fish stocks at a fraction of historic levels, and losses to salmon fishing jobs and California's own seafood resource."

"Meaningful solutions for these agricultural discharges are adequate wastewater treatment and implementing the land retirements that have been called for by federal agencies for decades, not continued dumping into public waterways. Governor Newsom has a real opportunity to avoid cementing a toxic legacy for the Delta and California's fishing communities that rely on clean water by abandoning this course of action,” Oppenheim concluded.

The letter was sent at a critical time for Delta smelt, Sacramento River winter Chinook salmon, steelhead and other fish populations that depend on a healthy Bay-Delta Estuary to survive and thrive. The Delta smelt is moving closer and extinction, due to a combination of massive water exports to San Joaquin Valley agribusiness operations and toxic water releases into the San Joaquin River and San Francisco Bay-Delta.

The California Department of Fish and Wildlife found, for the first time ever, ZERO Delta smelt in their Fall Midwater Trawl Survey throughout the Delta in the fall of 2018. Again, in September and October of 2019, the CDFW has caught zero Delta smelt in the annual trawl.

The smelt, an indicator species that shows the health of the estuary, was once the most numerous fish in the entire Delta, numbering in the millions. Now they are in peril of becoming extinct in the wild, due to the failure by the state and federal governments to take action.

A public hearing on the RWQCB's proposed action will be held on December 5 starting at 9 a.m. at the Regional Water Quality Control Board, Central Valley Region 11020 Sun Center Drive #200, Rancho Cordova, CA 95670.

If you have any questions or comments, please contact Ashley Peters at 916-464-4857 or Ashley.Peters [at] waterboards.ca.gov.
Add Your Comments
Support Independent Media
We are 100% volunteer and depend on your participation to sustain our efforts!