by R. Robertson
When Nancy Pelosi said she is "not a big fan of Medicare for All" on November 1st, she handed a campaign gift to her opponent in the upcoming primary. Shahid Buttar responded to Pelosi's statement saying, "I’m not a big fan of 30 million Americans not having healthcare. Medicare for All is the only pragmatic way to get to health care for all." 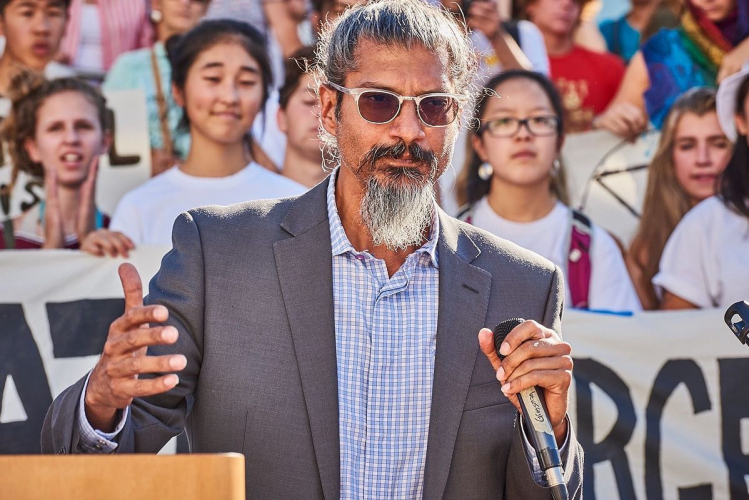 
Shahid Buttar is running to represent the city of San Francisco in Congress. He says that our nation's corporate healthcare system is barbaric, it is fraudulent and "it uses sick people as an opportunity to extract wealth for pharmaceutical companies and private health insurance companies."

He recently said that San Francisco has long supported single payer healthcare and asked, "Why doesn't Nancy Pelosi represent what her constituents want?"

On November 2nd, Buttar and members of his campaign team took the streets to stand with working people in support of Medicare for All. They joined a union rally led by the National Nurses United and the California Nurses Association to demand healthcare as a human right.

Buttar said, "I have been clear on where I stand on Medicare for All since day one. In contrast to Pelosi's defense of a for-profit healthcare system that preys on sick Americans and their families, I support the historic Medicare for All proposal introduced this year by Rep. Pramila Jayapal." That bill is H.R.1384 - Medicare for All Act of 2019.


END_OF_DOCUMENT_TOKEN_TO_BE_REPLACED
Add Your Comments
Support Independent Media
We are 100% volunteer and depend on your participation to sustain our efforts!