Add an Event
Newswire
Calendar
Features
Home
Donate
From the Open-Publishing Calendar
From the Open-Publishing Newswire
Indybay Feature
Publish to Newswire
Add an Event
Related Categories: San Francisco | Global Justice & Anti-Capitalism
Algerian Americans Protest Mass Repression/Arrests Of Journalists & Others
by Labor Video Project
Monday Nov 4th, 2019 3:22 PM
Algerian Americans and supporters rallied in San Francisco to protest the mass repression in the country and the sale off of the oil and gas resources of the country. 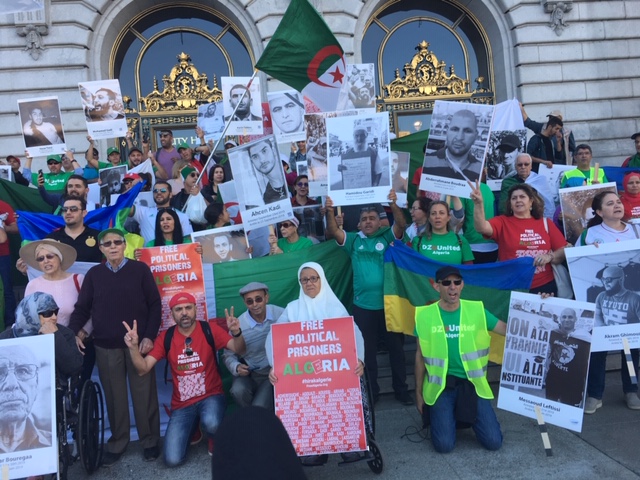 Algerian Americans in Northern California marched and rallied in San Francisco on November 3, 2019, to protest the mass repression of journalists, political leaders, and activists opposed to the regime and it growing corruption.

Speakers talked about the privatization of oil and gas by the government to profit the officials while the mass of people are suffering from poverty and deprivation.

According to participants, France and other imperialist countries have recolonized the country's​ wealth.

They were also protesting censorship not only in Algeria but by the corporate-controlled media internationally. 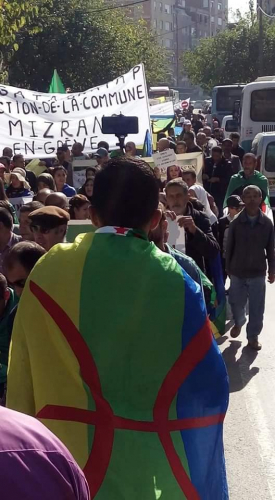 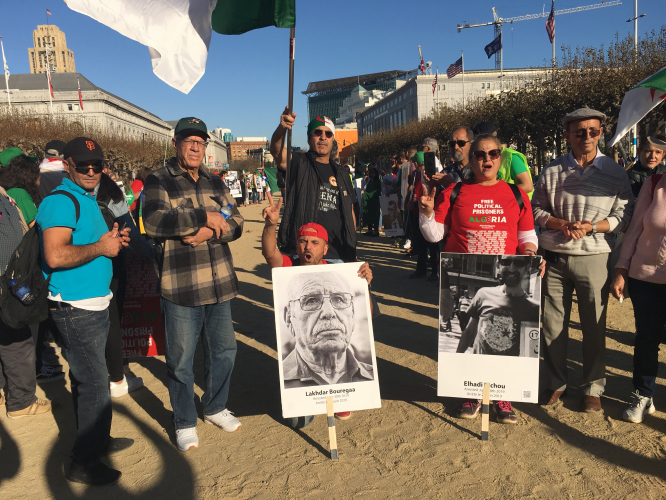 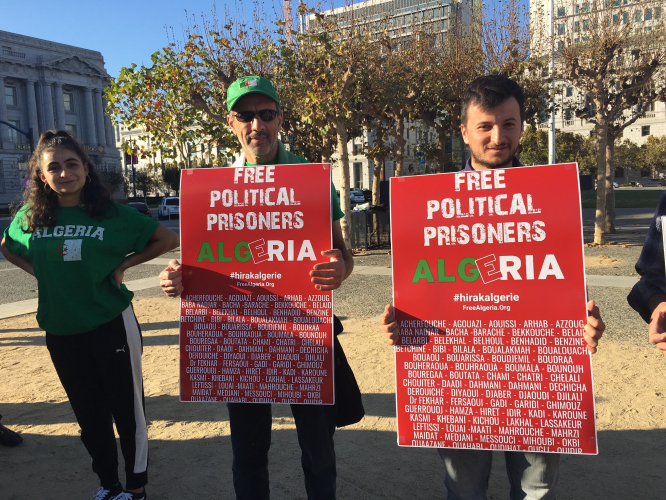 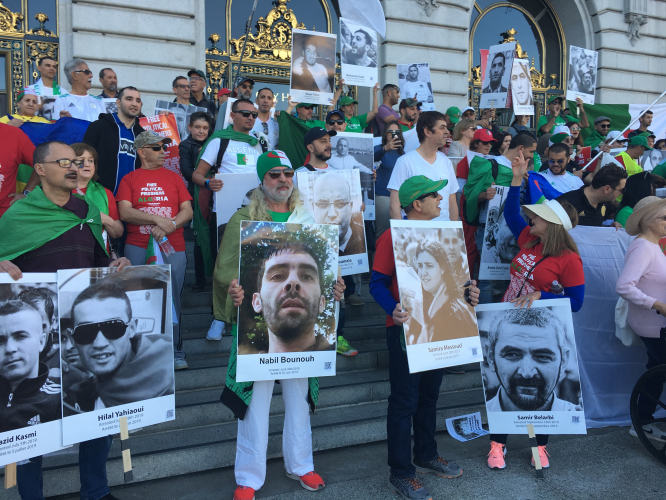 original image (4032x3024)
A march through SF took place and then a rally at SF City Hall.
https://youtu.be/ZQR6tRrcXJU
Add Your Comments
Support Independent Media
We are 100% volunteer and depend on your participation to sustain our efforts!