Add an Event
Newswire
Calendar
Features
Home
Donate
From the Open-Publishing Calendar
From the Open-Publishing Newswire
Indybay Feature
Publish to Newswire
Add an Event
Related Categories: U.S. | Media Activism & Independent Media
Jim Lafferty KPFK Host Of The Lawyer Guild Show In WBAI Closure
by Jim Lafferty
Friday Nov 1st, 2019 3:44 PM
Jim Lafferty who is host of the KPFK Lawyer's Guild show talks about the anti-worker and anti-listener behavior of a faction of the Pacifica's board. 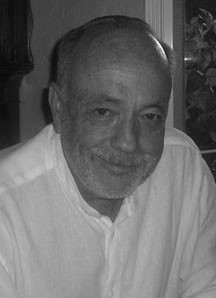 Statement Of Jim Lafferty, KPFK Host Of The Lawyer's Guild Show In Los Angeles On The Corporate Take-over Of WBAI
11/1/19

Dear Friends:
The termination of local programming at WBAI, by a faction of the Pacifica National Board (the "PNB") who, with no notice, initially locked out WBAI's employees, jerry-rigged the station's broadcasting system so as to allow only national programming to go out over WBAI's airwaves, is the sort of anti-worker and anti-listener behavior associated with corporate media take-overs; behavior that is totally inconsistent with Pacifica's mission statement, and with the spirit of Pacifica since its inception. Such behavior can't help but make WBAI's listeners wonder about the motives of those who would act in such a way.
There can be fair debate over how serious WBAI's recent problems are, and over the best way to solve them. Indeed, the same can be said with regard to all of Pacifica's current problems, financial and otherwise. But those who have effectuated what amounts to a coup at WBAI have made that debate impossible so long as their undemocratic and, I believe, illegal actions are allowed to continue.
The first corrective measure that must be taken is to again air WBAI's local programs. And to have a fund drive to recoup the several hundred thousand dollars lost by the actions of those carrying out this coup. And there must be no further actions taken without the vote and approval of all members of the PNB. And the lawsuits that have been filed must be dismissed. Only then can an honest, meaningful and fair debate and discussion take place regarding making WBAI...and all of Pacifica...once again the grand station and grand network we all love and cherish.

For Pacifica,
Jim Lafferty,
host of KPFK's The Lawyers Guild Show
for the past 27-years; former KPFK
LSB member; and former iGM of KPFK
http://www.nlg-la.org/radioshow.html
Add Your Comments
Support Independent Media
We are 100% volunteer and depend on your participation to sustain our efforts!