Add an Event
Newswire
Calendar
Features
Home
Donate
From the Open-Publishing Calendar
From the Open-Publishing Newswire
Indybay Feature
Publish to Newswire
Add an Event
Related Categories: California | Central Valley | Environment & Forest Defense | Government & Elections
PG&E spent $876,445 on lobbying from Jan. 1 to June 30 - after spending nearly $10 million in 2018
by Dan Bacher
Thursday Oct 31st, 2019 9:48 AM
The money that PG&E spent on lobbying for AB 1054, along with massive campaign contributions to legislators and $208,000 to Governor Newsom’s campaign, helped to ensure that the controversial legislation passed and that Newsom signed it. 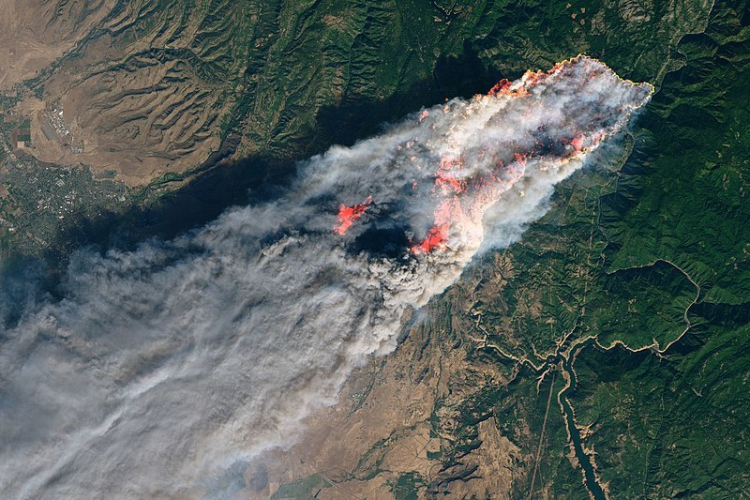 original image (800x533)
The Pacific Gas & Electric Company (PG&E), again in the spotlight of the national and international news media because of its shutoffs of electricity to millions of Californians as fires now rage throughout the state, spent $876,445 on lobbying from January 1 to June 30 of this year.

This latest spending comes after the utility spent nearly $10 million on lobbying in 2018, surpassing even the Western States Petroleum Association (WSPA) in lobbying expenses.

The $876,445 figure is impressive, although smaller than the $4,126,703.38 that the Western States Petroleum Association spent during the same period.

The $876,445 was effectively spent, since in July the California Legislature passed AB 1054, described by Food & Water Watch as a “far reaching bailout for investor owned utilities.” Governor Gavin Newsom, in spite of many environmental and public interest groups urging him not to do so, signed the bill.

The utility spent the money on both “general lobbying” and PUC lobbying in both quarters.

The money that PG&E spent on lobbying for AB 1054, along with massive campaign contributions to legislators and $208,000 to Governor Newsom’s campaign, helped to ensure that the controversial legislation passed and that Newsom signed it.

“PG&E donated millions to California politicians after it was convicted in 2016 of 6 federal felonies connected to the 2010 San Bruno pipeline explosion that killed 8 people,” reported ABC10 as part of the ABC10 Originals project FIRE - POWER - MONEY, a documentary series that breaks down California’s wildfire crisis into its core elements.

“Newsom, a Democrat, received more than $200,000 from the federal offender. The Republican and Democratic parties of California each took more than $500,000,” ABC10 said.

It is not against the law for a convicted felon to donate campaign money, nor is it for the politician to accept it.

Ninety-eight legislators, the majority of sitting State Senators and Assemblymembers, received more than $548,005 from PG&E in the last election cycle, according to ABC10. To see how much money each legislator took from PG&E, go here: http://www.abc10.com/...

“While a California victims’ compensation fund is needed as our climate-change-fueled wildfire season becomes longer, deadlier and more destructive, this rush to ram through AB1054 benefits utilities like PG&E, not ratepayers. Capping utility shareholder liability while expecting ratepayers to write a blank check for future wildfires is not a wildfire policy California needs.”

In a press conference on Monday evening, Governor Newsom said, “PG&E simply cannot take ‘10 years’ to ‘get their act together.’

“Their years and years of greed and mismanagement are OVER. These mass power shutoffs are UNACCEPTABLE,” said Newsom.

In a press conference on Monday, October 28, Governor Newsom said, “PG&E simply cannot take ‘10 years’ to ‘get their act together.’

“Their years and years of greed and mismanagement are OVER. These mass power shutoffs are UNACCEPTABLE,” said Newsom.

To make things even worse, U.S. Bankruptcy Judge Dennis Montali in April approved PG&E's plans to pay $235 million in bonuses to its executives this year. Montali approved the plan at a hearing in San Francisco, in spite of objections from lawyers for the 2017 and 2018 California wildfire victims.

Last year Pacific Gas & Electric dumped $9,580,357 into general lobbying, including total payments to in-house staff lobbyists and lobbying firms, along with paying for meals and other items for legislators.

The company spent the most money in the seventh quarter of the 2017-2018 session, dumping $6,111,332 into general lobbying and $168,668 into lobbying the CPUC. This is one of the largest amounts of money spent on lobbying by any organization in one quarter.

The utility filed its lobbying expenses for 2018 with the California Secretary of state on January 31, 2019, the final day for filing its disclosures.

Here is the total spent lobbying in 2018 by PG&E: http://cal-access.sos.ca.gov/Lobbying/Employers/Detail.aspx?id=1146888&view=activity&session=2017

Of this total money, the company spent $6,369,631 in 2018 on “payments for grassroots and other advocacy” related to state legislative proposals improving wildlife preparedness and response, according to the filing.

During a court hearing on January 31, a PG&E lawyer said the company is facing 750 lawsuits, many of them over the Camp and other fires that devastated the state over the past couple of years.

The nation's largest utility, the Pacific Gas and Electric Company filed for reorganization in federal bankruptcy court under Chapter 11 on January 29, 2019— one day after the CPUC voted to extend a $6 billion credit line to the corporation that consumer advocates say made it easier for for PG&E to file bankruptcy.

Two days before the filing by PG&E, Consumer Watchdog called for the ouster of the California Public Utilities Commission over its decision to extend the credit line to Pacific Gas & Electric in what the group called “an unneeded emergency process that allowed no time for scrutiny.”

“The unprecedented vote makes it easier for PG&E to go into bankruptcy and avoid accountability to wildfire victims, ratepayers and taxpayers,” according to the group.

The Western States Petroleum Association (WSPA) appears to be regaining its status as the California lobbying champ, a position it has held most years, greatly outspending PG&E in lobbying in the first two quarters of the 2019-2020 Legislative Session.

Apparently, WSPA really wanted to stop the bill to mandate health and safety setbacks around new oil and gas wells from passing in the Legislature this year, as well as lobbying for the implementation of the WSPA-written carbon trading legislation and other issues related to promoting the agenda of the oil and gas industry in California.

The millions spent on lobbying by WSPA in the first two quarters of this year yielded the results WSPA intended.

For example, the infusion of Big Oil lobbying money prevented the passage this year of AB 345, legislation that would ensure that new oil and gas wells not on federal land are located 2,500 feet away from homes, schools, hospitals, playgrounds and health clinics. The bill, authored by Assemblymember Al Muratsuchi (D-Torrance), became a two-year-bill.

As WSPA spent its millions on lobbying legislators and state regulators, the State’s Division of Oil, Gas, and Geothermal Resources (DOGGR) from January 1 to June 3, 2019 approved 2,365 new oil and gas well permits and 191 fracking permits, according to Department of Conservation data released by Consumer Watchdog and the FracTracker Alliance.

The data showed  that this year regulators have “considerably increased” the number of permits granted for drilling new wells (by 35.3%), well reworks (by 28.3%), and hydraulic fracturing (by 103.2%) as compared to the permitting rate during the final year of the Brown administration in 2018, according to the groups.

Even more alarming, of the 2,365 well permits issued, 1064 or 45% of them benefitted oil companies invested in by DOGGR officials, the groups reported.

The second-highest spender for 2018 was the Western States Petroleum Association (WSPA) — the organization that has topped lobbying spending in California most years.

Because of this money and the power that Big Oil wields in California, the Jerry Brown administration  issued over 21,000 new oil and gas drilling permits in California. That include more than 200 permits for offshore wells in state waters -- wells within 3 miles of the California coast.

For more information about WSPA and Big Oil, go to: http://www.dailykos.com/...
Add Your Comments
Support Independent Media
We are 100% volunteer and depend on your participation to sustain our efforts!