Add an Event
Newswire
Calendar
Features
Home
Donate
From the Open-Publishing Calendar
From the Open-Publishing Newswire
Indybay Feature
Publish to Newswire
Add an Event
Related Categories: Santa Cruz Indymedia | Health, Housing & Public Services
Desieire Quintero Killed - Help her Son
by Keith McHenry
Tuesday Oct 29th, 2019 11:24 AM
Desieire Quintero was fatally crushed by a falling tree at her campsite in the Pogonip Park in Santa Cruz. She was the lead plaintiff in a historic civil rights lawsuit filed against the city of Santa Cruz. 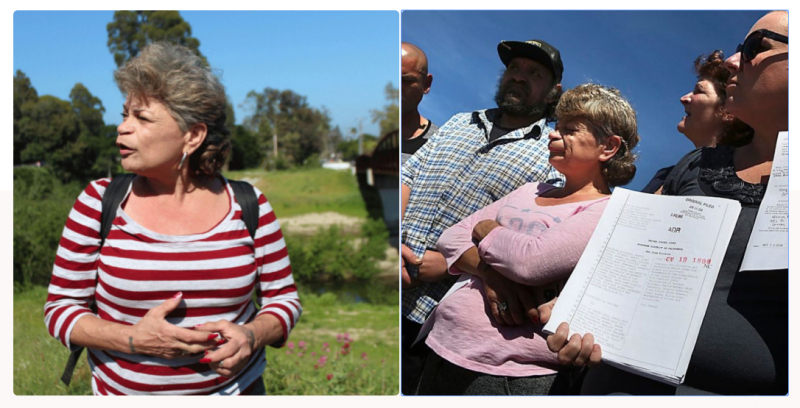 original image (1086x555)
She inspired the Ross Camp Council and helped prepare a federal lawsuit seeking to stop the eviction of over 200 people from the camp.

The camp was evicted on May 3, 2019, and Desieire was forced to find the safety of the forest. She was among those who argued that people would be hurt if driven from the safety of Ross Camp and encouraged the city to give the campers time to clean the area and take all measures to make the camp safe.

Desieire had been a firefighter and worked as a housekeeper but lost her home in Live Oak and found it difficult to find housing. We are raising these funds to provide support for her son.

I just sent this letter out to City Council and a few other sources...

Good morning,
Not so good for me though, or the family, and many friends of my best friend Deseire Quintero. Yesterday I had to make the call and inform her son who's in his 20's of her death. She was living in a survival camp in the Pogonip and a tree fell on her, it killed her. I knew Dez for over 10 years, we shared meals, events, we had yard sales together, I could go on forever, she was my friend. My best friend. She was an honest person, a pay-it-forward person, a person who let her friends come to her apartment for a shower and a meal, because she had an apartment and they didn't.

She taught me to pay it forward. She ultimately lost her apartment because of the horrible management, she asked for help with the cockroaches and they kicked her out. She didn't do anything wrong. When she tried to find another place with her section 8 voucher she couldn't.

She wants everyone to know that she loves them.

My heart is breaking, I miss my friend and my friend cannot be replaced. I knew that if the Ross Camp was closed without offering people a place to go that harm would happen.
I practically begged you not to let this happen. I'm not just some witch looking for attention, I was begging you for help because I knew something bad was going to happen to people. I have now gone through so much pain trying to protect others, and you still aren't listening.

I have tried everything, went to meetings, collected data, every time you said there was a reason that a solution couldn't happen, I answered by trying to fix the problem.

You said you didn't have a voice in the Ross Camp to know what the people wanted, we created the council.

You said you didn't have a non-profit, I got Keith with Food not Bombs to agree to handle that role.

You said it wasn't clean enough at the camp that there were safety concerns, I organized cleanings.

We even wrote up plans and sent them to you for a transitional encampment that would keep people safe until affordable housing could be found. We could have cleaned that camp, or moved it. That's the bottom line.

All of this was met with excuses, you allowed the anti-homeless hysteria of this community to stand in the way of the solutions. And now my friend is dead. I've been crying on and off since I found out, this is very difficult, I need you to understand your part in this.

Dez [Desieire] was not offered any alternative shelter when the Ross Camp was closed, she even asked Susie [O'Hara, Assistant City Manager] for a motel voucher and Susie looked right at her and walked away. I believe that was punishment for being a plaintiff in the lawsuit.

You can't blame us for trying the lawsuit route. We were desperately trying to save people. And you still didn't listen.

I really am very upset so I may not have articulated everything I wanted to say in this letter, but I hope you get the point. I want you to understand and feel my pain.

If you had voted differently, if you had done the right thing, my friend would still be here. I intend to hold this City, and you all accountable. My friend is dead, she can't be replaced.

Alicia Kuhl
Former Ross Camp Liaison
President of the Santa Cruz Chapter of the California Homeless Union.
https://www.facebook.com/groups/SantaCruzC...
Add Your Comments
Support Independent Media
We are 100% volunteer and depend on your participation to sustain our efforts!