Over 100 people showed up to protest police shootings, following the video that surfaced last week showing a Fresno police officer shooting an unarmed youth in the back of the head. The demonstration was held at the Federal Building in downtown Fresno.

Isiah Murrietta-Golding was running away from the police when he was shot; some people at the demonstration called it murder and protest signs demanded justice. Speakers spoke passionately about ending the constant shooting of young people in this town by the police. Gloria Hernandez, spokesperson for the Fresno Stolen Lives Committee, passed out a list of people killed by the FPD since 1997.

Jerry Dyer became police chief in August 2001, declared himself to be God’s Minister of Justice and has created a culture that has resulted in an unusually high number of what has been described as extra judicial executions.

Dyer is now running to be the mayor of Fresno. In a surprise announcement, Rev. Floyd Harris, who spoke at this demonstration (see video) said he has taken out papers to run against Dyer.

A letter from Fresno Stolen Lives to Scott McGregor, United States Attorney in the Eastern District of California was sent today requesting a Civil Rights Investigation of the FPD. That letter, a video of some of the speakers of the Press Conference today and a list of Stolen Lives is below. 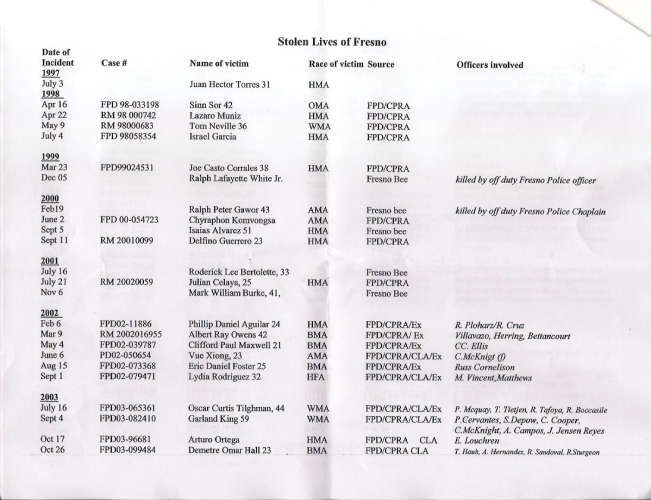 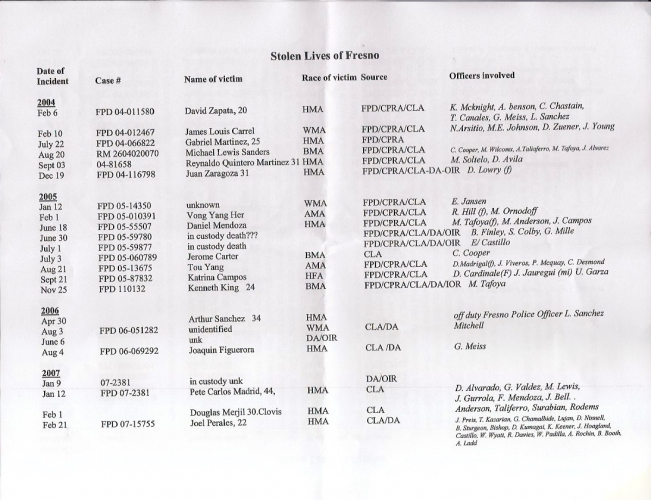 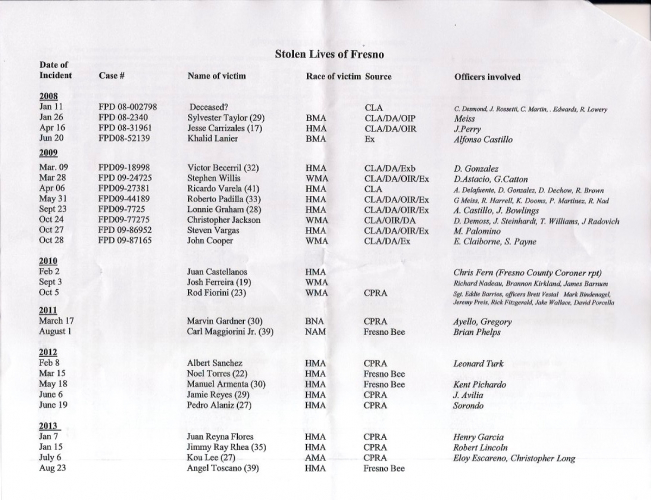 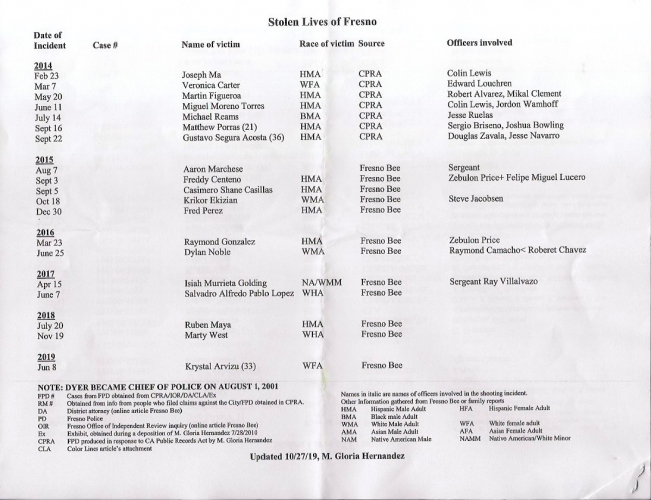 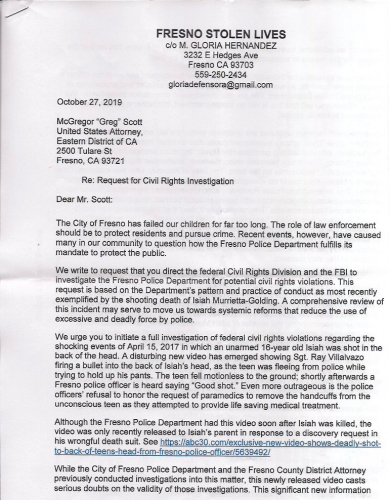 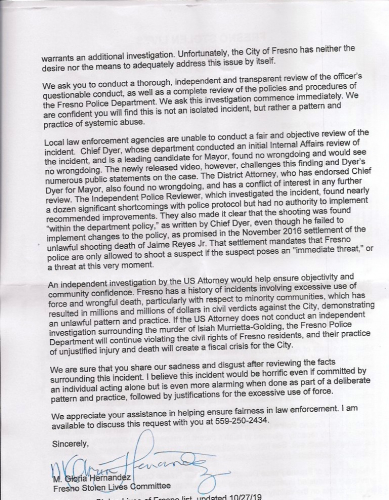 original image (769x988)
Add Your Comments
Support Independent Media
We are 100% volunteer and depend on your participation to sustain our efforts!