Add an Event
Newswire
Calendar
Features
Home
Donate
From the Open-Publishing Calendar
From the Open-Publishing Newswire
Indybay Feature
Publish to Newswire
Add an Event
Related Categories: Central Valley | Anti-War
Vigil for Kashmir in Fresno
by Peter Maiden
Sunday Oct 27th, 2019 9:43 PM
A vigil for Kashmir brought out some from the Muslim community in Fresno on Sunday evening, October 27. 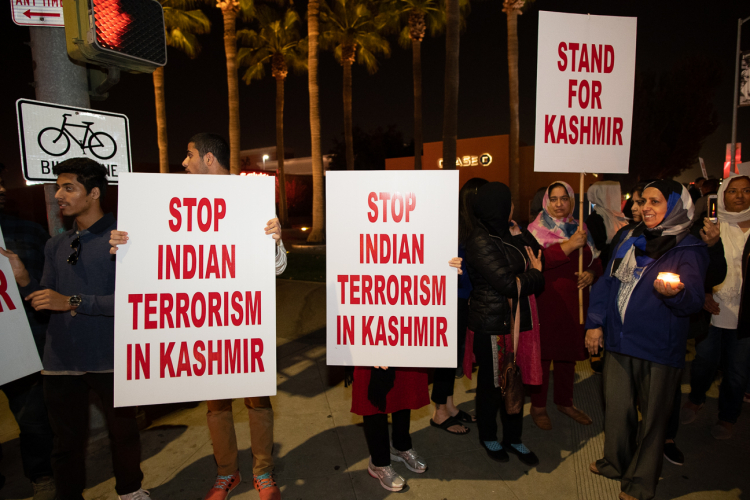 original image (1296x864)
Around forty people, mostly Muslim, met at Nees and Blackstone after sunset for a vigil for Kashmir on October 27. The vigil was organized by Saadat Farooqi. To the best of his knowledge, Farooqi and his family of six are the only people from Kashmir in Fresno.

“We may not create big news that’s going to be heard all over the world,” he said, “but we have to follow our conscience and speak for those that cannot speak.”

Citizens in Kashmir at this moment cannot generally use telephones or the internet. The only contact Farooqi has with Kashmir is with his brother, who is a doctor in a hospital and may receive calls. However, they cannot speak about sensitive concerns as they are certain the phone calls are surveilled.

Farooqi explained that India made an incursion into Muslim-majority Kashmir on August 5. There are now 800,000 Indian soldiers in Kashmir guarding 8 million people. Kashmir is under curfew, he said, and there are many arrests, especially of young people, who are being tortured by Indian forces. “It is an open-air jail,” Farooqi said. He said that the Hindu Indian Prime Minister Narendra Modi is a fascist leader.

The issues in Kashmir go back to its founding on October 27, 1947. “We have been under occupation ever since,” he said. In August, however, the situation became much worse.
“The first priority is to take care of the humanitarian crisis. And Kashmir is a nuclear flashpoint,” he concluded. 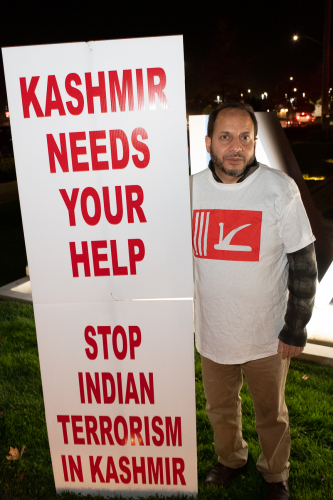 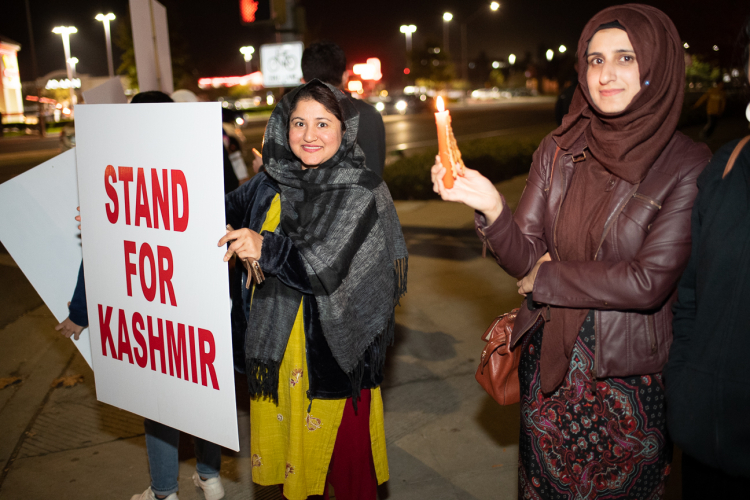