Add an Event
Newswire
Calendar
Features
Home
Donate
From the Open-Publishing Calendar
From the Open-Publishing Newswire
Indybay Feature
Publish to Newswire
Add an Event
Related Categories: San Francisco | Education & Student Activism
"No Charter School On SF Radioactive Superfund Site!" Say Pols. & Environmentalists
by Labor Video Project
Friday Oct 25th, 2019 10:31 PM
A press conference was called at San Francisco Treasure Island to call for the shutdown of the Life Learning Academy charter which is in a radioactive Superfund site. Speakers talked about the lack of health and safety oversight for the students, staff and residents of the Island including the charter school. Also under California proposition 39 charter schools are exempted under the Field Act which has allowed charter schools to be built in toxic and industrial sites threatening the health and safety of the students. 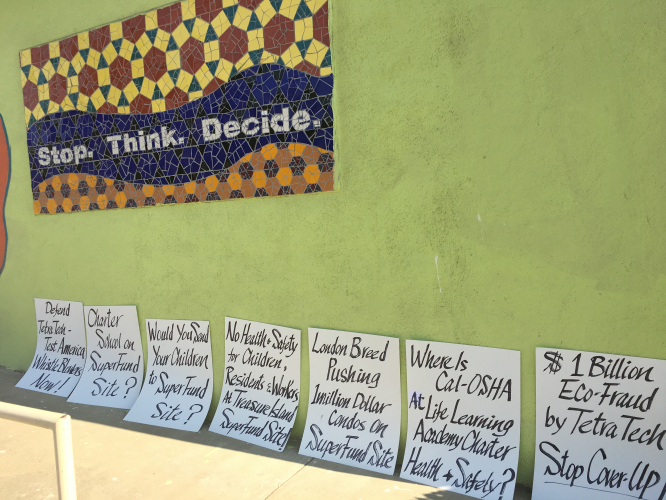 original image (4032x3024)
Environmentalists and San Francisco political candidates spoke out at a press conference on October 25, 2019, at the Life Learning Academy charter school in San Francisco Treasure Island to warn of serious dangers to the health and safety of the students and staff at the school and call for an investigation.

The privately run publicly funded charter school is in one of the most heavily radioactive dumpsites in the United States and was previously certified as a Superfund site.

The speakers talked about the lack of any health and safety oversight at the charter school.
The students and staff have been contaminated by radioactive contaminants, massive amounts of peeling lead paint which is only a short distance from the school and uncovered removal of contaminated Treasure Island earth next to the school without any coverage of the soil for protection.

They also discussed the systemic corruption of San Francisco and California politicians including Governor Gavin Newsom, Congresswomen Nancy Pelosi, Senator Diane Feinstein and San Francisco Mayor London Breed who have all been aware of the dangerous contaminants on the island.

The supposed $1 billion “clean-up” by Tetra Tech and Test America of San Francisco's Treasure Island along with Hunters Point has found to be fraudulent and faked by these companies.

Thousands of sailors have contaminated as well as their families who lived on the Island the residents of Treasure Island.
Tetra Tech presently has two managers in prison for coercing Tetra Tech workers to falsify information at the testing at Hunters Point. Tetra Tech along with the Navy has publicly argued that the Island is now “safe”.

Participants in the press conference will discuss the continued health and safety dangers including at the charter school Life Learning Academy where young students have been subject to contamination from the shipyard radioactivity and the toxins being released in the present redevelopment plans.

Mayor London Breed, Governor Gavin Newsom, Senator Kamala Harris, Senator Dianne Feinstein, and Congresswoman Nancy Pelosi have all been involved in support of the development of Treasure Island along with Hunters Point Shipyard and are aware of a growing number of residents and workers who have become sickened with cancer and other illnesses caused from contamination. Tetra Tech and Test America Whistleblowers who protested the failure to properly clean up the shipyard have also been bullied and fired. Mayor London Breed and other politicians continue to support the billion-dollar Eco-fraud and the development of the Hunters Point shipyard with City, State and Federal funds including the over $300 million of US Navy funds spent on the supposed cleanup at San Francisco Treasure Island.
There is still radioactive material on the site despite the supposed remediation and approvals by the State of California Department of Toxic Substances Control agency which is in charge of the remediation and testing according to former state employees who do not have either the staff or competence to do this job.

Cal-OSHA, other state agencies along with Federal OSHA and EPA at present has also refused to do any investigation of the health and safety problems for workers, residents, and students despite their legal responsibilities at this Superfund site. They have also refused to investigate the illegal retaliation of Tetra Tech whistleblowers. This will also be illuminated at the press conference.

The California Department of Education which has oversight of this charter school has also failed to investigate the dangers to the students as a result of the serious health and safety problems at the charter school which is funded by public funds from the SFUSD.
Under CA proposition 39 funded and written by Netflix billionaire Reed Hastings, charter schools are exempted from the Field Act which prevents public schools from being built in toxic dumps or superfund sites which is what Treasure Island is.
Additional media:

What politicians, the Navy and the EPA don’t want you to know: Treasure Island and Hunters Point are equally toxic Superfund sites
https://sfbayview.com/2018/10/what-politicians-the-navy-and-the-epa-dont-want-you-to-know-treasure-island-and-hunters-point-are-equally-toxic-superfund-sites/ 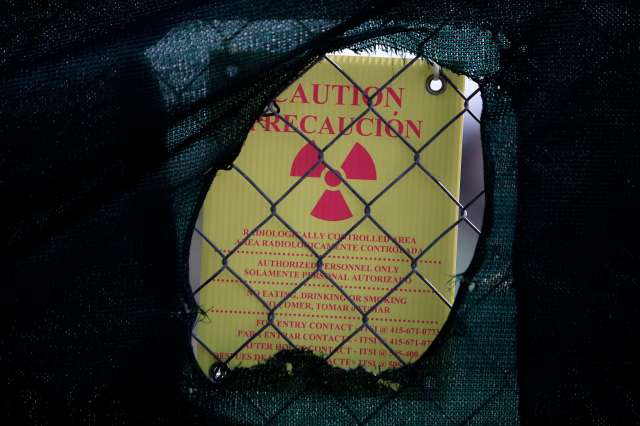 Through the intervention of San Francisco politicians the status of a Superfund site was ignored and billions are being spent for million dollar condos.
https://youtu.be/5s4yOBChzi4
§Peeling lead Building Next To Life Leaning Academy Charter Ignored
by Labor Video Project Friday Oct 25th, 2019 10:31 PM 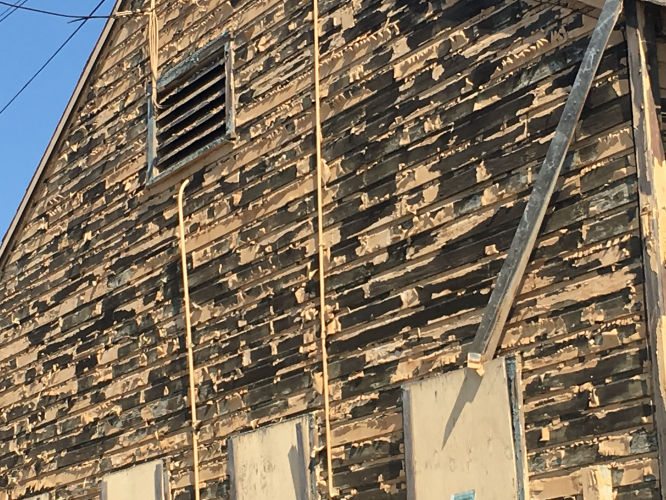 original image (4032x3024)
As a result of the systemic corruption of SF city and State Agencies, a building next to the charter school has peeling lead paint which has not been removed and threatens the health of the students.
https://youtu.be/5s4yOBChzi4
§US Pandemonium
by Labor Video Project Friday Oct 25th, 2019 10:31 PM 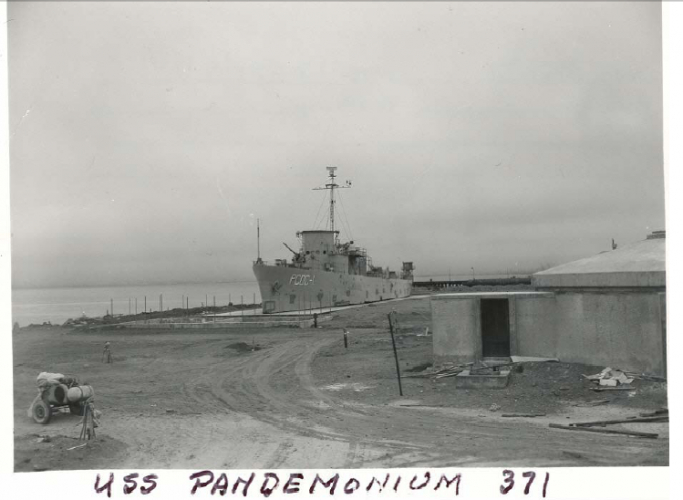 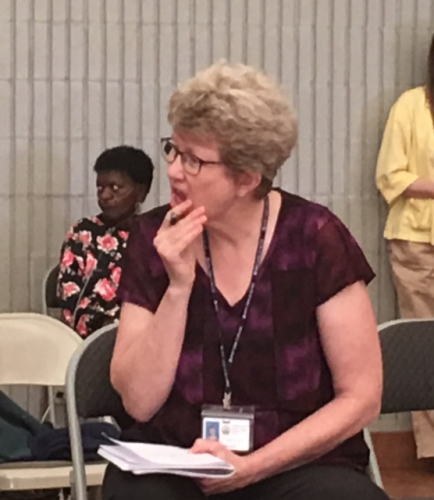 original image (556x640)
The city politicians have put DPH Environmental Engineer Amy Brownell in charge of pushing Lennar condos for sale. Her salary is paid for Lennar and she has admitted providing information to possible buyers that Lennar condos at Hunters Point Naval shipyard. SF Mayor London Breed continues to have her on the payroll.
https://youtu.be/5s4yOBChzi4
§Massive Construction of Contaminated Dirt Next To Charter School
by Labor Video Project Friday Oct 25th, 2019 10:31 PM 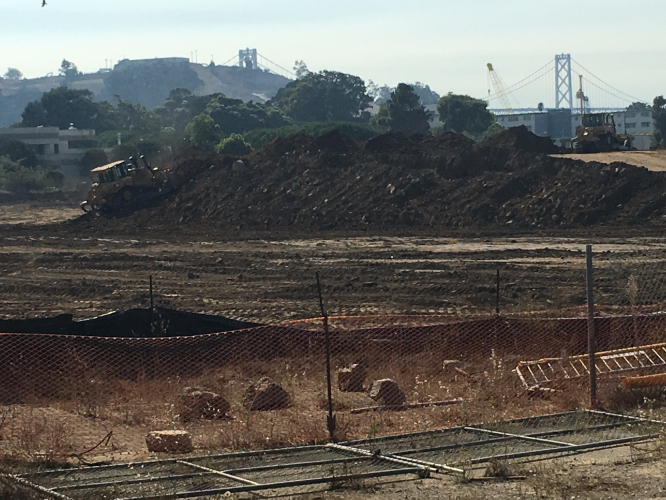 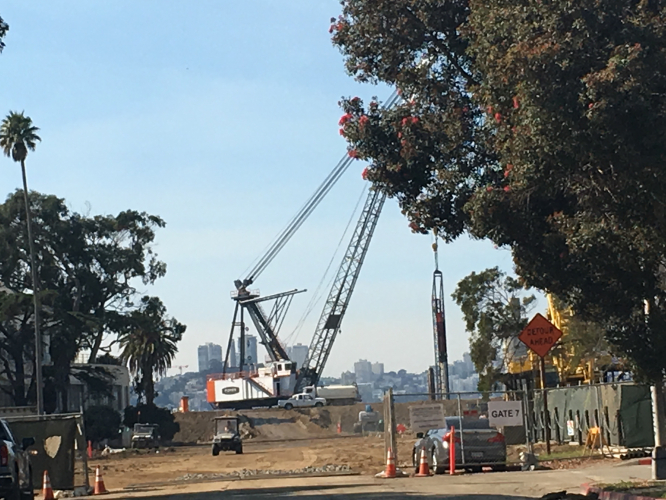 original image (4032x3024)
Millions of dollars are being spent on drilling rigs to drill piles for the construction of 4,000 highrise million-dollar condos on the contaminated radioactive Superfund site. The island which is landfill is also sinking as the sea level raises and would liquify in a major earthquake.
https://youtu.be/5s4yOBChzi4
§Life Learning Academy Charter School at Treasure Island
by Labor Video Project Friday Oct 25th, 2019 10:31 PM 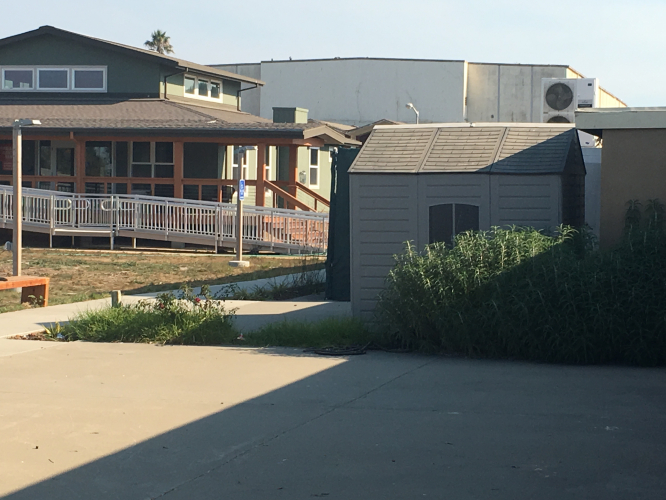 original image (4032x3024)
The privately run Treasure Island charter school is supposed to help youth at risk but the location of the school at a radioactive dumpsite that has not been properly cleaned up puts them in danger.
https://youtu.be/5s4yOBChzi4
§London Breed Worked At Treasure Island As A Willie Brown Appointee
by Labor Video Project Friday Oct 25th, 2019 10:31 PM 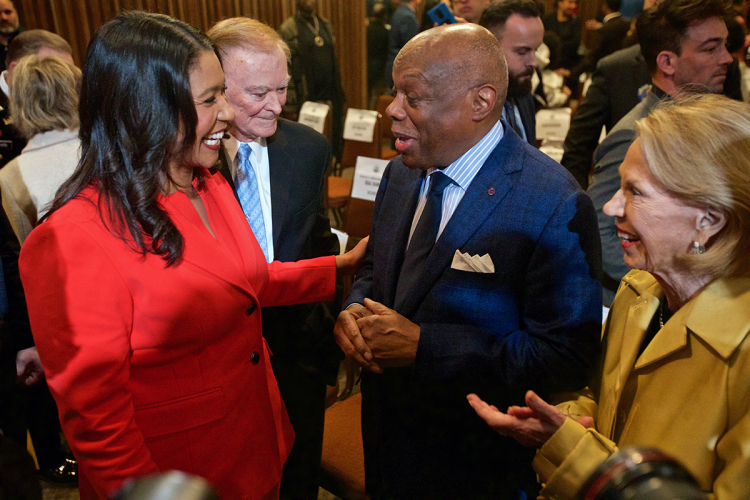 original image (1200x800)
Present Mayor London Breed has pushed the corrupt Lennar development of Treasure Island and the Hunters Point Shipyard. She was a political appointee of former mayor Willie Brown at Treasure Island. Brown who has benefited financially from the development has also colluded with Congresswoman Nancy Pelosi, Senator Kamala Harris and Senator Dianne Feinstein to cover-up the $1 billion dollar eco-fraud.
https://youtu.be/5s4yOBChzi4
§Would You
by Labor Video Project Friday Oct 25th, 2019 10:31 PM 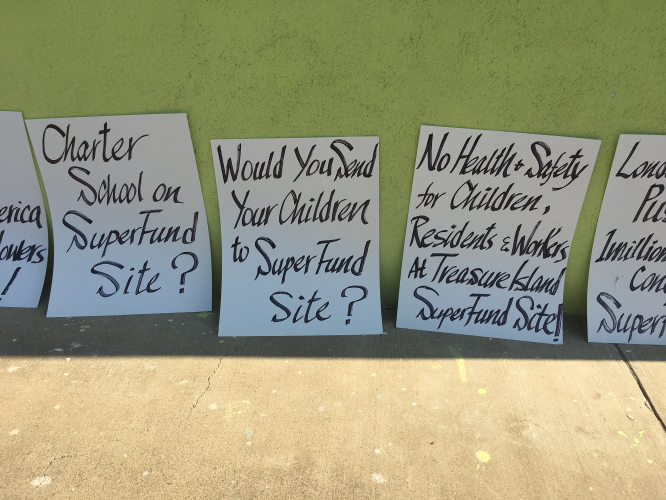 original image (4032x3024)
https://youtu.be/5s4yOBChzi4
Add Your Comments
Support Independent Media
We are 100% volunteer and depend on your participation to sustain our efforts!