Add an Event
Newswire
Calendar
Features
Home
Donate
From the Open-Publishing Calendar
From the Open-Publishing Newswire
Indybay Feature
Publish to Newswire
Add an Event
Related Categories: Central Valley | Education & Student Activism
Birthday Tribute to Honorable William Alexander Leidesdorff, Jr.
by Edited from the Sacramento History Museum
Wednesday Oct 23rd, 2019 4:00 PM
Leidesdorff passed away on May 18, 1848 from what was then called brain fever at the age of 36 in San Francisco just after he received official reports of vast sums of gold on his American River land. 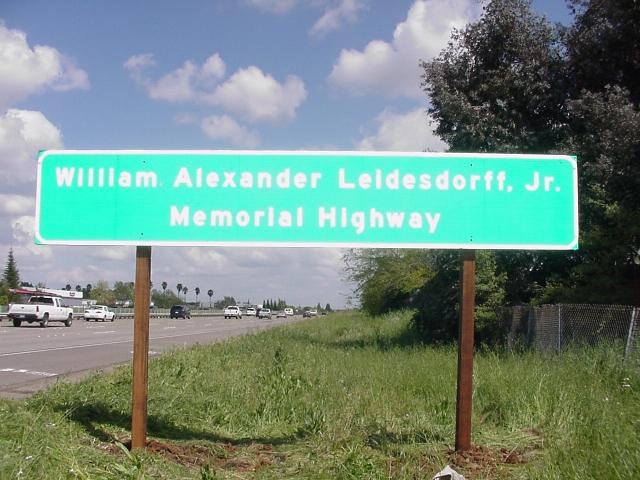 On this day, October 23, 1810, William Alexander Leidesdorff Jr. was born in St. Croix, then Danish Virgin Islands. He was the oldest son of Wilhelm Leidesdorff, a Danish sailor of Jewish descent, and Anna Marie Sparks, a woman of mixed African and Spanish descent.

At the age of 24, he migrated to New Orleans and became an American citizen, obtained a master’s license as a ship captain and spent several years operating out of the Port of New Orleans.

After leaving New Orleans and his lucrative Maritime career, he later captained the ship Julia Ann from New York to Monterey, the Mexican Capital of Alta California, in 1841.

William settled in Yerba Buena (now San Francisco) and established commercial relations with Hawaii, other merchants in California, and the Russian American Company.

He became the representative of the Russian American Company and handled John Sutter’s payments to the Russians after Sutter purchased Fort Ross. In 1844, William became a Mexican citizen and acquired a 35,000 acre land grant he named Rancho Rio de Los Americanos. It encompassed the land south of the American River from what is today Bradshaw Road in Rancho Cordova, CA to the El Dorado County line, in Folsom, CA documented as the William Alexander Leidesdroff Jr., Memorial Highway. (ACR 131 Cox)

In 1844, he was appointed by Thomas Larkin as the U.S. Vice Consul to Mexican California and documented the Bear Flag Revolt, the acquisition of California during the US/Mexican War.
In November 1847, he captained the first steam ship to ever travel on the Sacramento River called the Sitka, immortalized on the California State Seal.

Leidesdorff passed away on May 18, 1848 from what was called "brain fever" at the age of 36 in San Francisco just days after he received official reports of vast sums of gold on Leidesdorff Ranch along the American River.

Leidesdorff was one of the founders of San Francisco and was recognized as the "African Founding Father of California" by the California State Legislature. He is buried just inside the front doors of Mission Delores Basilica, San Francisco.

He never married and had no heirs. US Army Captain Joseph Folsom purchased his land grant and his San Francisco property from Leidesdorff’s St. Croix family. The purchase was considered quite controversial as Leidesdorff’s family was never informed of its true value and location in trajectory to the gold fields.

Today, Leidesdorff Ranch and Public Policy Research Center is poised to share his great legacy with the world and showcase California Pan African Global Trade and Investment opportunities.
Add Your Comments
Support Independent Media
We are 100% volunteer and depend on your participation to sustain our efforts!