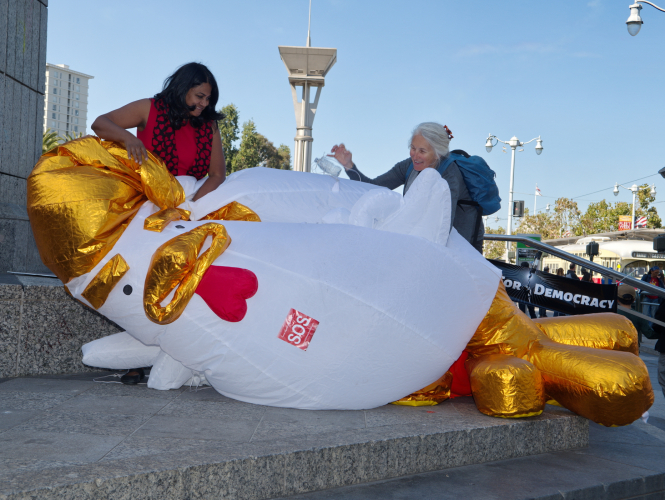 original image (1863x1400)
While there have been many Bay Area actions to denounce what Trump is doing, we are seeing the beginning of a movement specifically to impeach and remove him from office.

The rally was at Harry Bridges Plaza which is the large granite paved median separating the east and west bound traffic in front of the Embarcadero and clock tower building.

The screaming fleet week war planes were not able to drown out the speakers and performers demanding Trump’s impeachment.

The traffic on the adjoining road yielded an almost continual honking of approval.

As the rally ended, the symbolism of two women deflating the Trump balloon was inescapable. 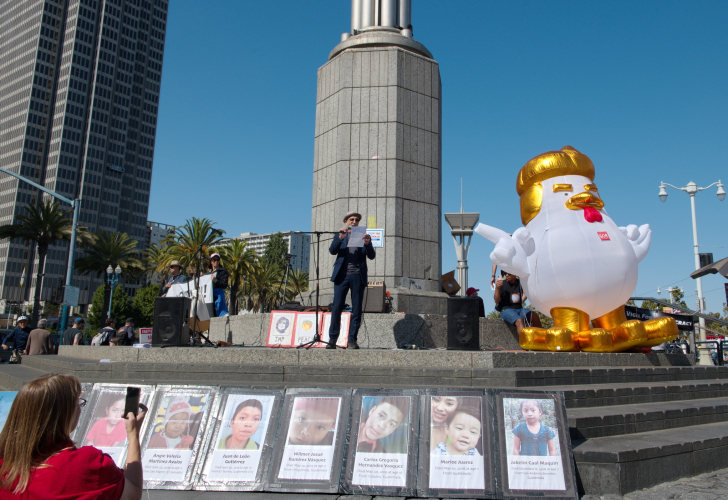 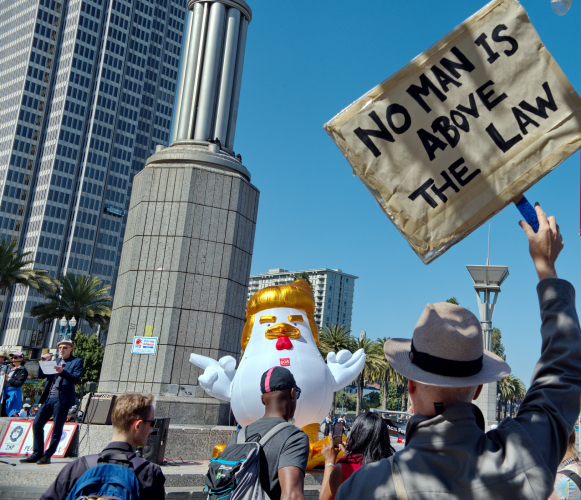 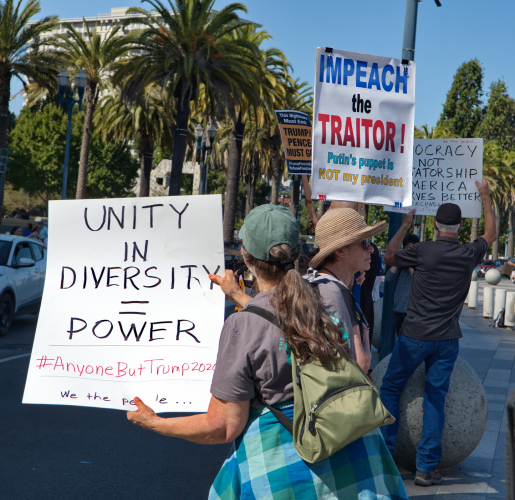 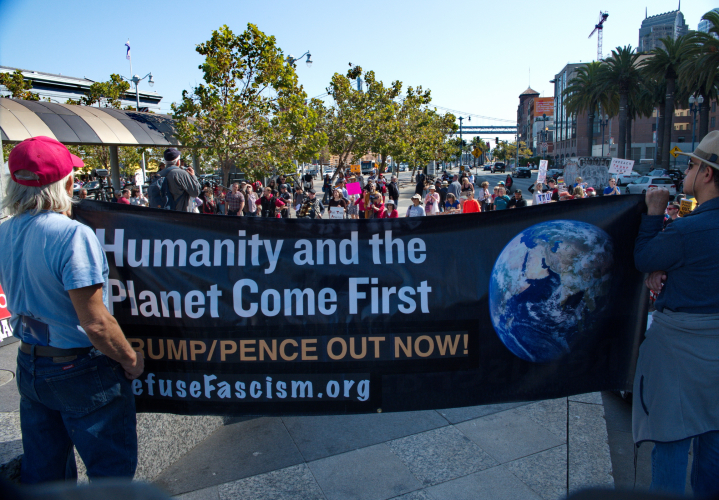 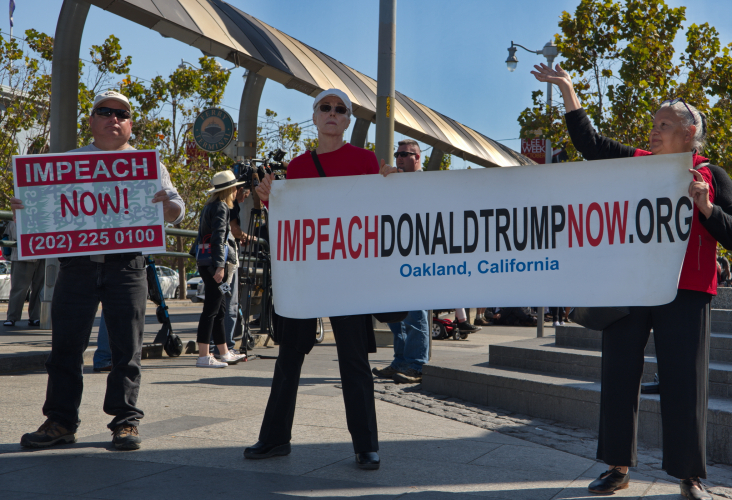 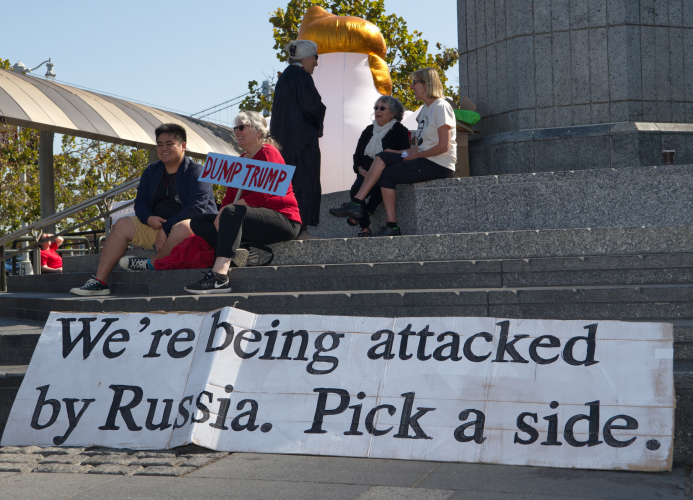 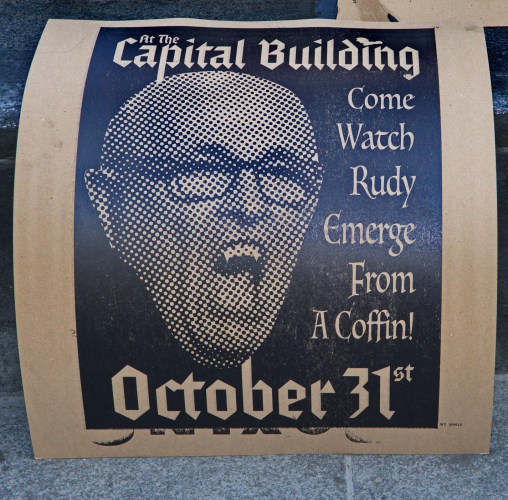 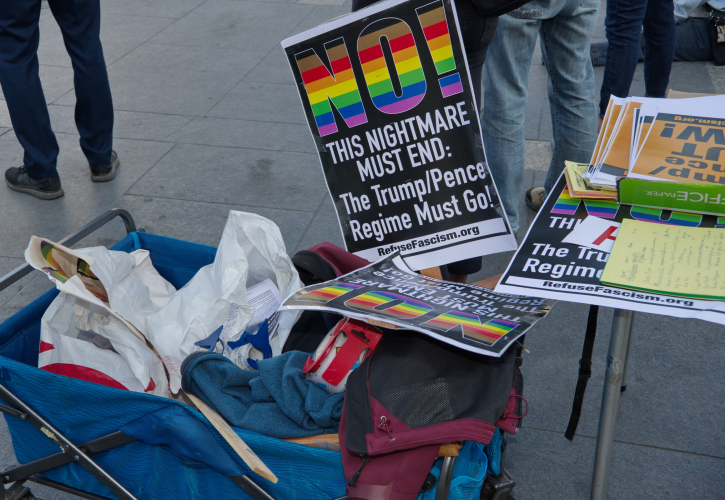 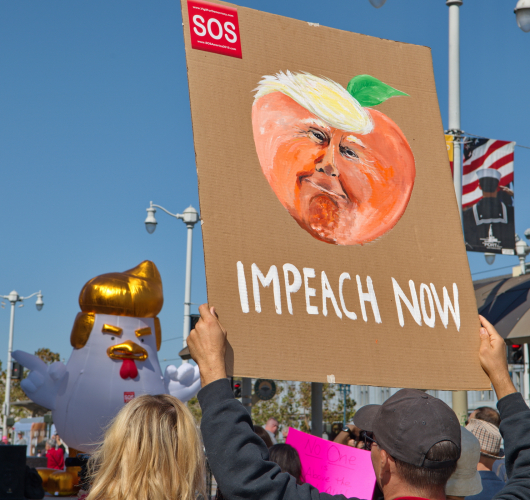 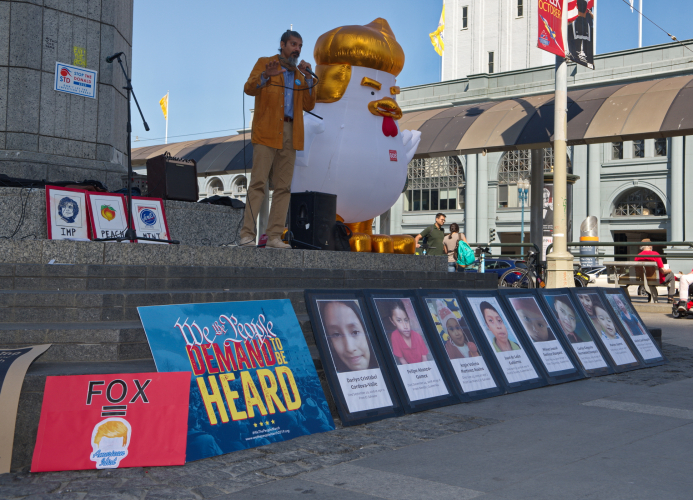 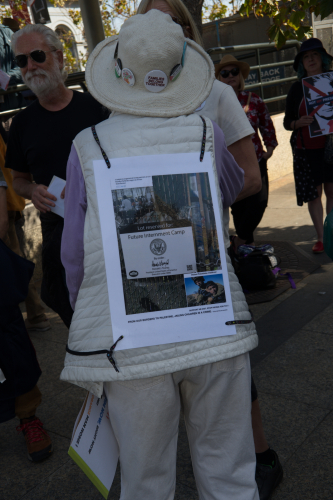 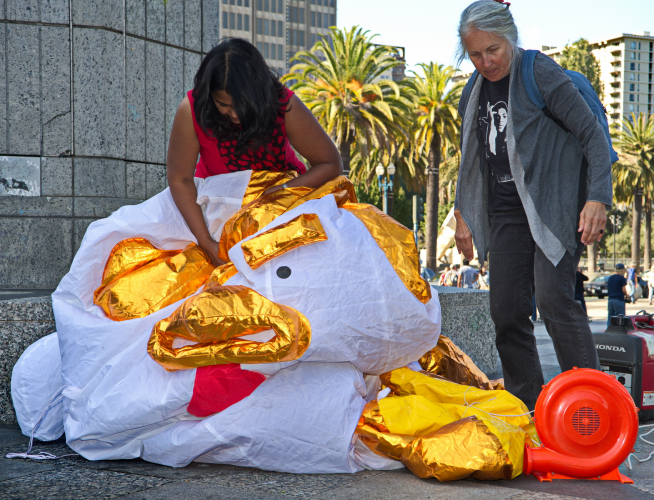 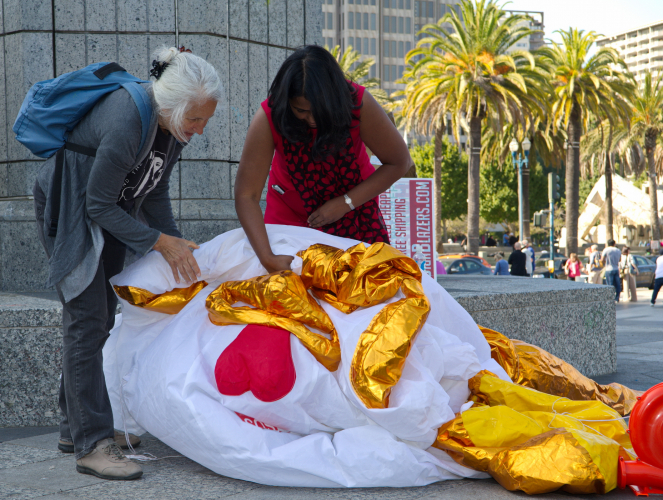 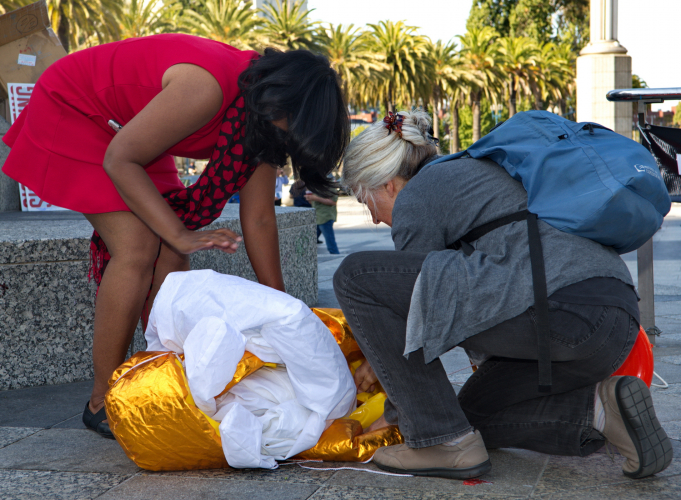 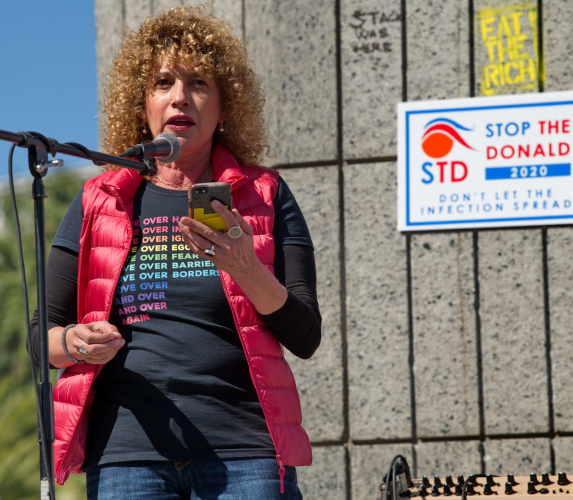 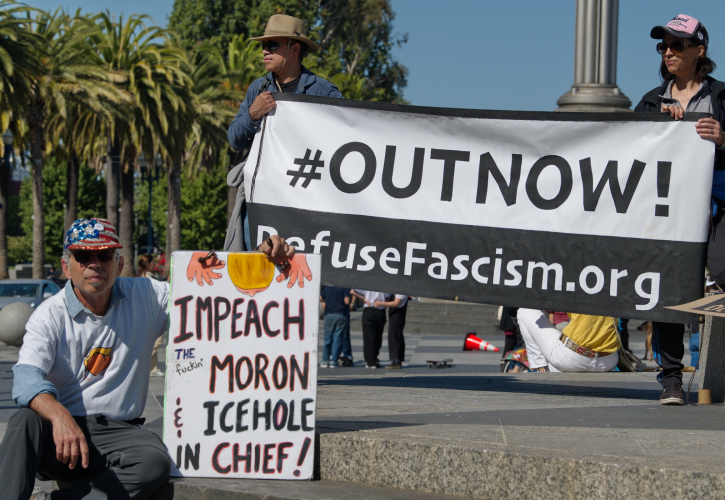 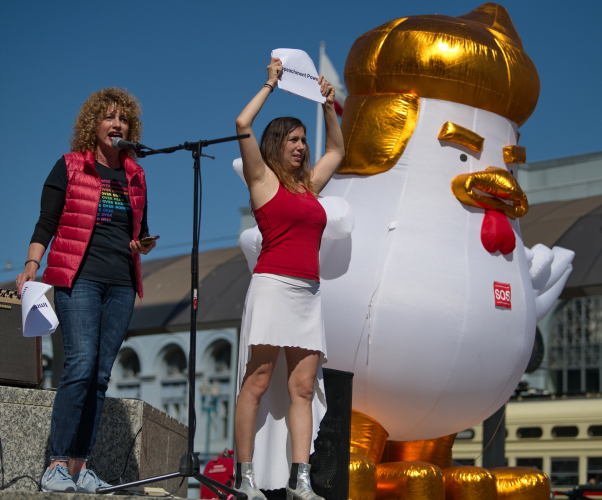 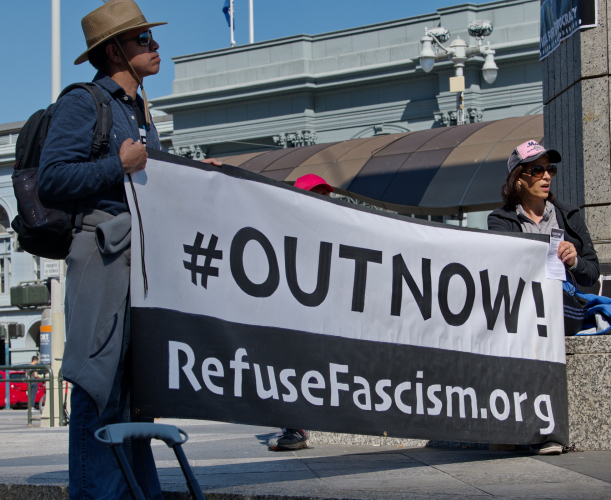 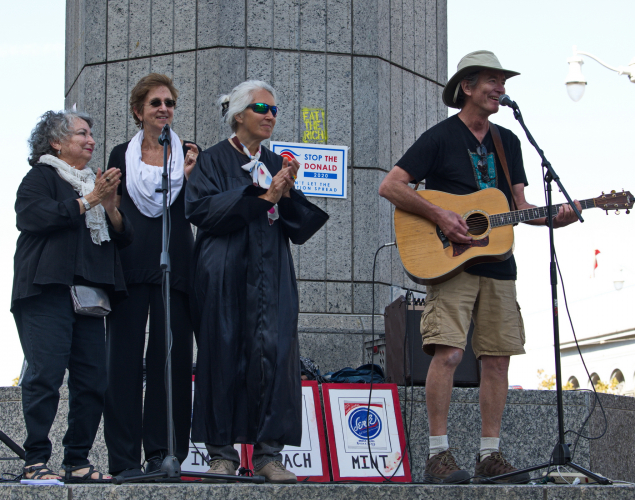 original image (1778x1400)
https://kunstena.smugmug.com/Politics/Demo...
Add Your Comments
Support Independent Media
We are 100% volunteer and depend on your participation to sustain our efforts!