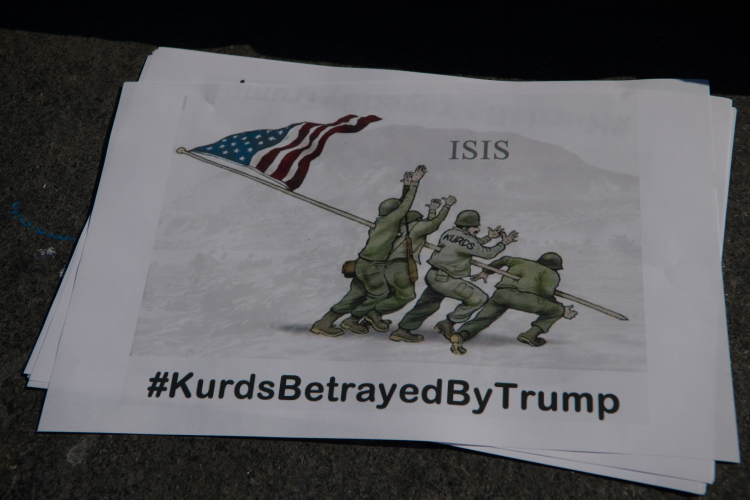 A small “trip wire” US force in Syria, next to the Turkish border, was preventing Turkey from slaughtering the Kurds in Northern Syria. Trump has removed this force, prompting Turkey to invade and forcing the Kurds to ally themselves with Syria’s Assad, a lesser enemy.

The Kurds’ highly effective soldiers have been the US’s essential ally in the defeat of ISIS. Trump, as the result of a telephone call from Turkey’s President Erdogan, on the spur of the moment, without consulting anyone, abandoned its ally.

Kurds in Iraq, Syria and Turkey have been fighting for generations for the fulfillment of their national identity in the establishment of a internationally recognized homeland. The conflict is at its most bitter in Turkey which considers them terrorists.

From a flyer handed out at the protest:

Kurdistan is divided between the modern states of Turkey, Syria, Iraq and Iran. Rojava, a majority Kurdish part of northeastern Syria, became an autonomous region run by a Self-Administration rather than a state in July 2012, following the outbreak of the Syrian Civil War.

Encompassing one third of Syria, the self-administration of North and East Syria (NES) currently consists of seven administrative districts or "cantons". The Syrian Democratic Forces, a coalition of local forces led by mostly Kurdish YPG and women-only YPJ units, defeated ISIS in March 2019 with the help of' an international coalition, led by the US.

The NES has no internationally recognized status and is under constant threat of further invasion by Turkey and subjugation by the Assad regime, which has declared its opposition to a federal arrangement permitting local self-rule.

Kurd culture has characteristics rare in the Middle East; A strong belief in direct democracy, equality for women, religious freedom, and social ecology. There are women generals in the Kurdish army.

We don‘t know what Erdogan said to Trump to prompt these events. One possibility is that there is a large “Trump Towers,” hotel with upscale shops, and an apartments complex in Istambul. Opposition parties have, in the past, pressured Erdogan to seize the buildings in response to Trump’s anti-Moslem ravings.

As many in the US, including Trump, now speak of sanctioning Turkey, it might not be so easy. There are 50 US nuclear bombs in Turkey, complicating any US attempts to sanction this NATO ally. Furthermore, Trump has never appointed any official with either the technical resources or political authority to relocate nuclear weapons.

Perhaps Trump’s claimed “great and unmatched wisdom” can solve this. 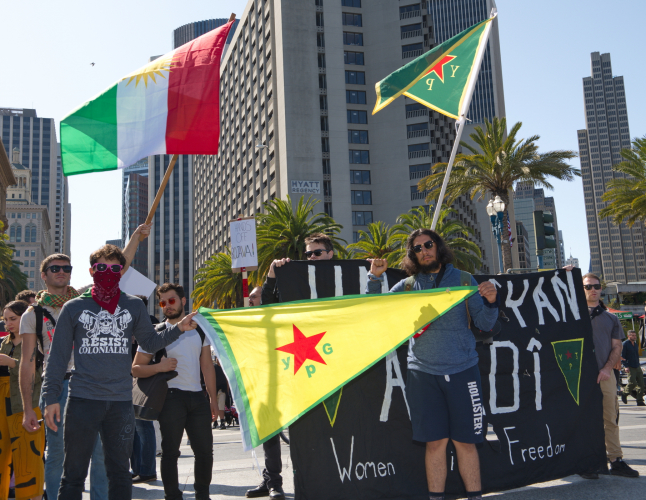 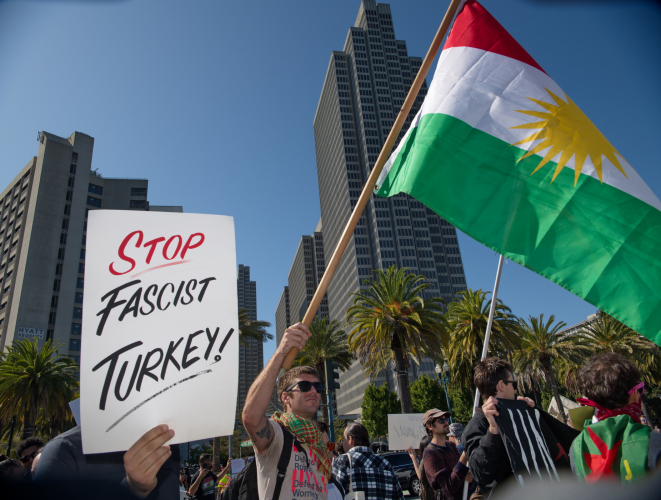 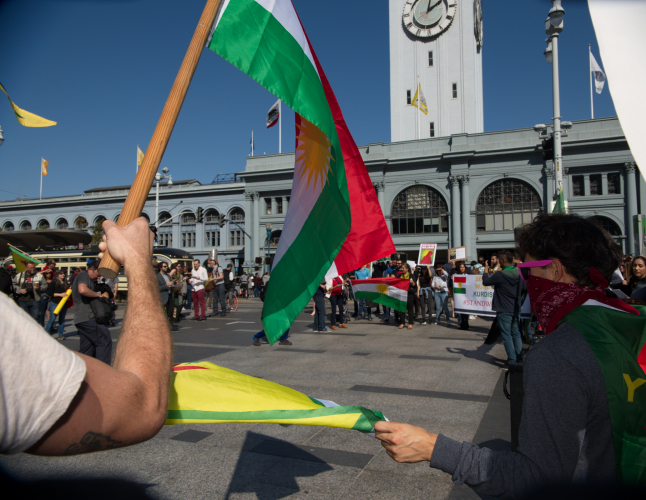 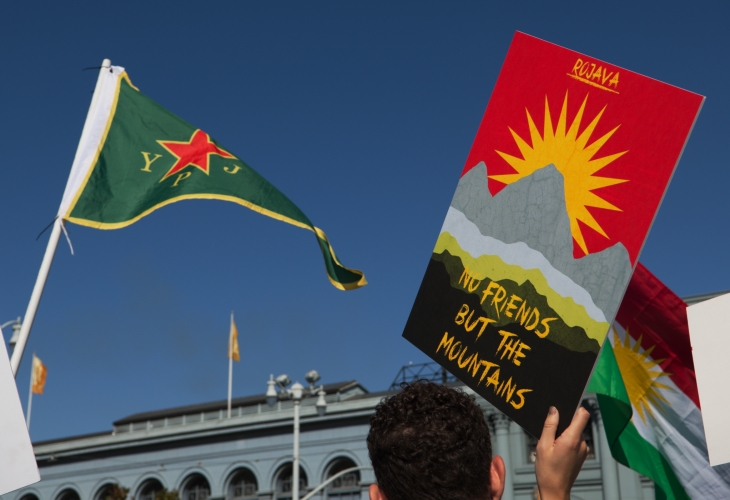 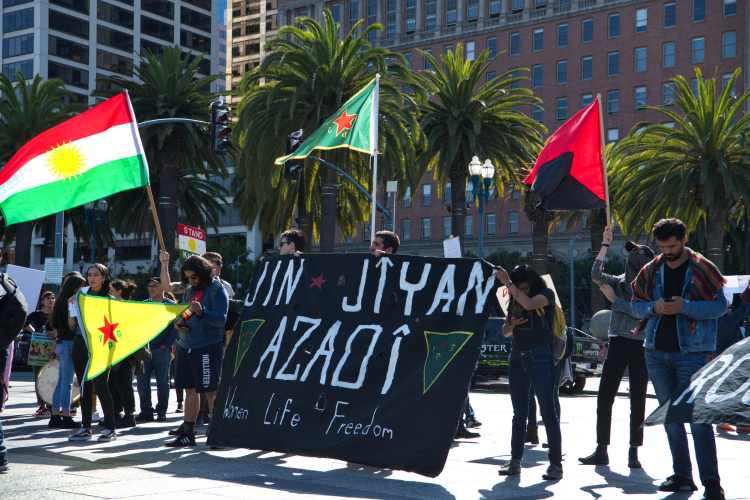 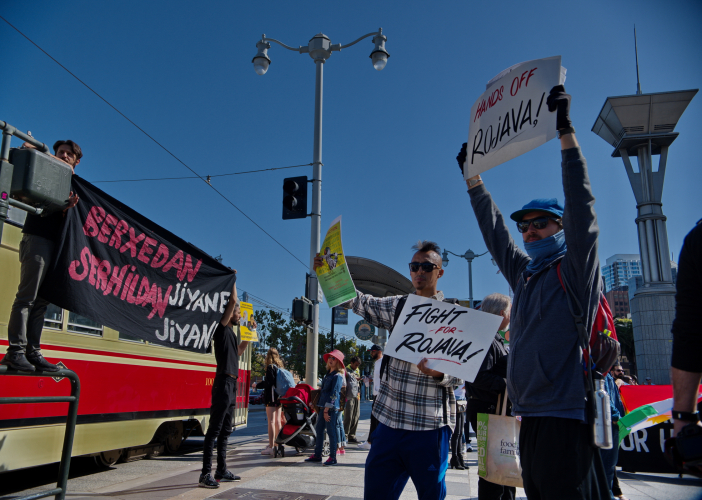 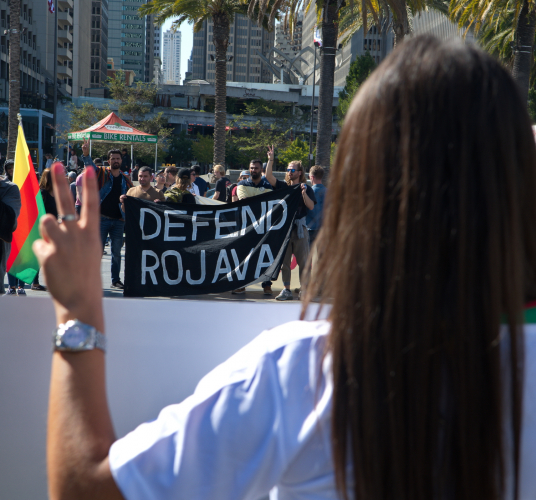 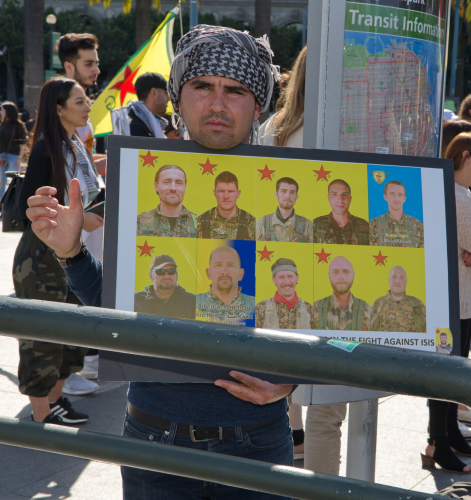 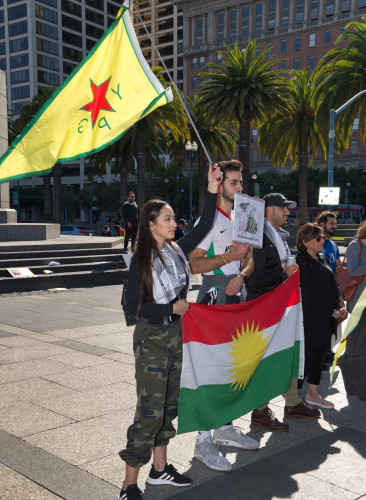 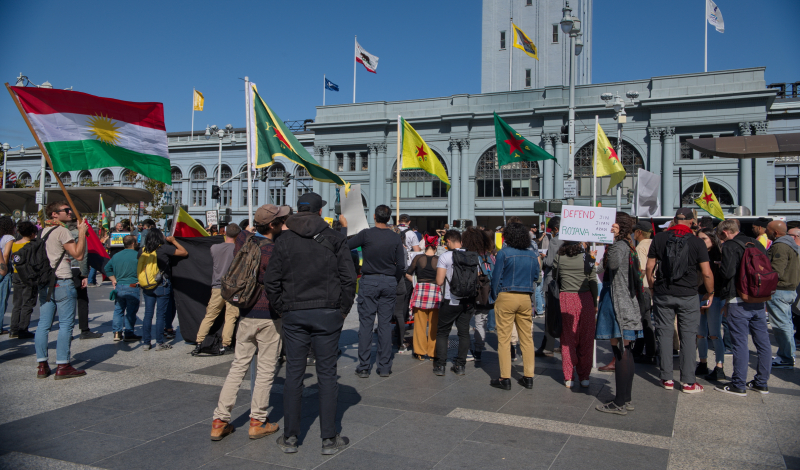 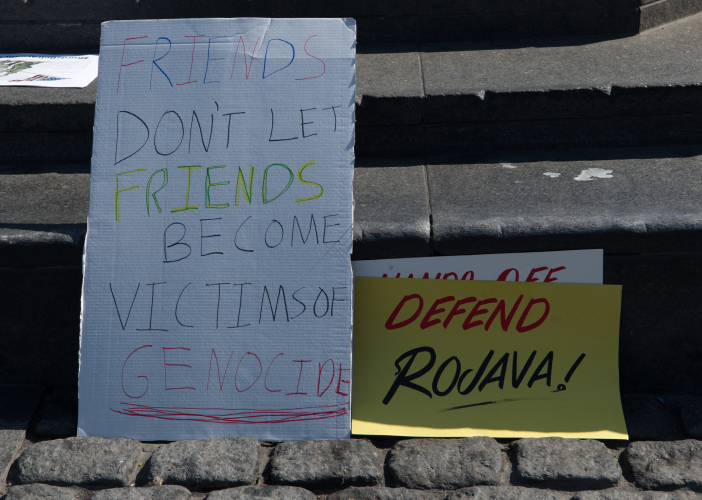 original image (1966x1400)
https://kunstena.smugmug.com/Politics/Demo...
Add Your Comments
LATEST COMMENTS ABOUT THIS ARTICLE
Listed below are the latest comments about this post.
These comments are submitted anonymously by website visitors.