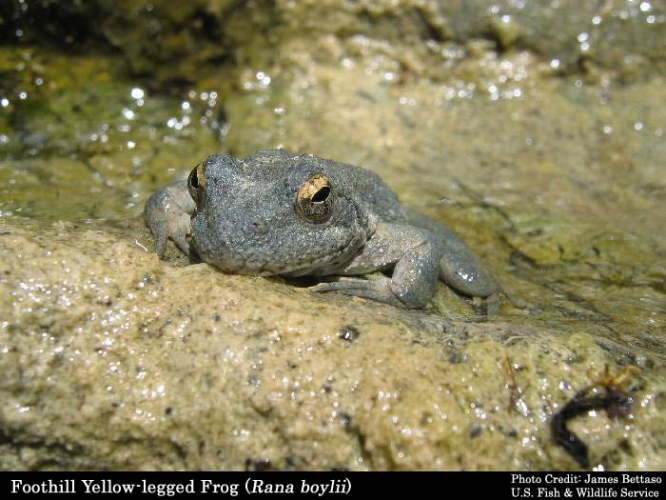 original image (700x525)
The recommendation responds to a 2016 legal petition from the Center for Biological Diversity. The California Fish and Game Commission will vote on whether to follow the listing recommendations at its December 11 meeting in Sacramento.

“We’re thrilled the department agreed these special frogs need protection,” said Jenny Loda, a Center biologist and attorney working to protect vulnerable amphibians and reptiles. “That would also safeguard the beautiful coastal and Sierra foothill streams where they live. The frogs would benefit, but so would people who need these streams for clean drinking water and recreation.”

Foothill yellow-legged frogs were once found in many streams and rivers along the lower western slopes of the Sierra Nevada, and in Pacific Coast drainages from the Oregon border to at least as far south as Los Angeles County.

The Center petitioned in 2012 to protect the foothill yellow-legged frog under the federal Endangered Species Act. Under a settlement agreement with the Center, the U.S. Fish and Wildlife Service will decide by 2020 on whether the species warrants federal protection.

Adult foothill yellow-legged frogs are from 1.5 to 3 inches long, with a distinctive lemon-yellow color under their legs. They inhabit partially shaded, rocky perennial streams, and their life cycle is synchronized with the seasonal timing of streamflow conditions. These frogs need perennial water where they can forage through the summer and fall months.