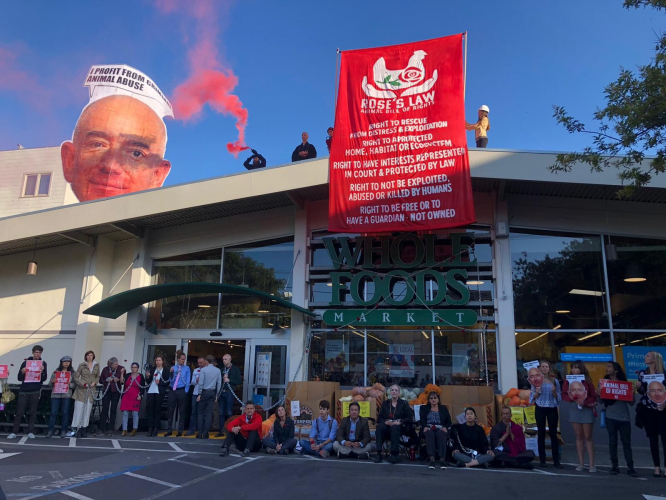 original image (1600x1200)
Hundreds of activists in San Francisco occupied a Whole Foods store and an Amazon office on September 30, with dozens chaining and/or locking themselves in place until 37 were arrested. At the 24th Street San Francisco Whole Foods location, activists erected a rooftop fifteen-foot Jeff Bezos head, which had an “I profit from criminal animal cruelty” speech bubble. Dozens of activists on the ground wore matching Bezos-face masks. Activists also erected a 18-foot by 10-foot “Rose’s Law: An Animal Bill of Rights” declaration on the roof, draped chains over the Whole Foods storefront sign, and chained themselves together, blocking store entrances. The protests come in the wake of multiple undercover investigations finding cruel conditions in industrial sheds in farms that sell products that are marketed as “free range” and “humane.”

Simultaneously, several activists chained themselves together inside the Amazon office located at 545 Sansome St in San Francisco, in an effort to further dramatize their concerns and pressure a response from Amazon.

Representing the grassroots animal rights network Direct Action Everywhere (DxE), they say they have no choice but to take action themselves after authorities have refused to enforce animal cruelty law despite years of accumulated evidence of criminal animal cruelty inside factory farms that supply to Amazon and Whole Foods (which was acquired by Amazon in 2017). Instead, it’s the whistleblowers -- those who exposed the misconduct, and tried to help dying animals -- who are facing felony charges and potentially years behind bars.

Activists say their repeated attempts to start a dialogue with Amazon -- including activist Priya Sawhney approaching CEO Jeff Bezos with a flower at a Las Vegas tech conference -- have yielded no conversation or corrective action from Amazon.

"We've tried everything to help animals being criminally abused at these factory farms that supply to Amazon,” said Sawhney, who faces eight felony charges for trying to rescue dying animals from factory farms. “The authorities continually ignore the misconduct, then throw us in jail when we try to help dying animals ourselves. And through it all, Amazon stands by its supplier, refusing to even have a conversation with us."

In light of these events, DxE is asking Bezos to disavow the prosecution of six peaceful activists facing 7+ felony charges each after attempting to rescue dying animals from Amazon/WF-supplying factory farms, and to endorse what they’re calling “Rose’s Law: An Animal Bill of Rights.” Of particular relevance is the “right to rescue” -- one of the five planks of Rose’s Law -- which would allow ordinary people to provide care to animals in distress, including animals in farms.

Despite corporate and government inaction in the face of animal cruelty, along with the misuse of the legal system to silence whistleblowers, DxE points to Amazon’s recently-announced climate plan as evidence of the power of collective action to pressure corporate accountability. The group says it is in conversation with Amazon employees to pressure positive change from within.

“Animal abuse is the crime here, not animal rescue,” Sawhney said. “It’s time Amazon and other companies take a stand for transparency rather than actively suplexing the truth.”

The action is part of a week-long “Global Lockdown for Animal Rights,” with thousands of DxE activists taking action worldwide to demand an animal bill of rights of their local municipalities.
https://www.directactioneverywhere.com/
§Protesting Whole Food on 24th Street in San Francisco
by DxE Wednesday Oct 2nd, 2019 8:36 PM 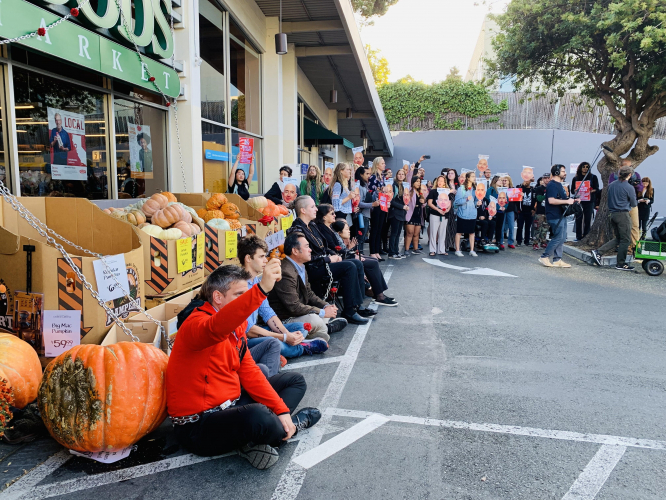 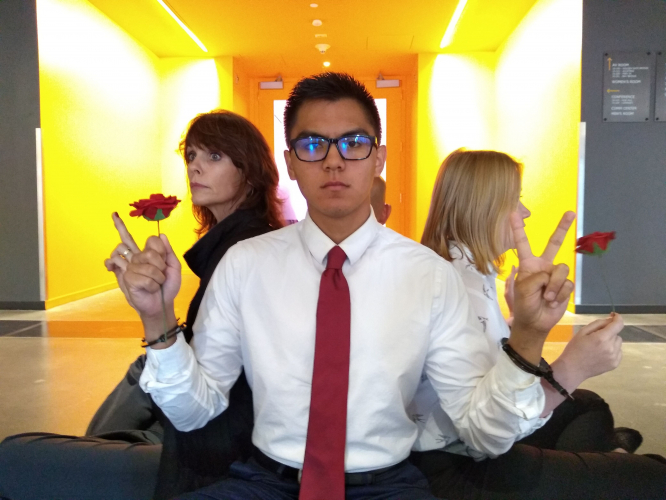 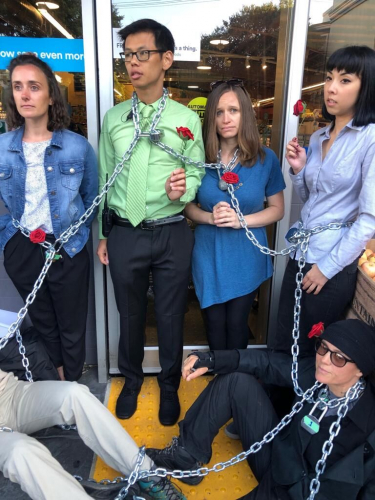 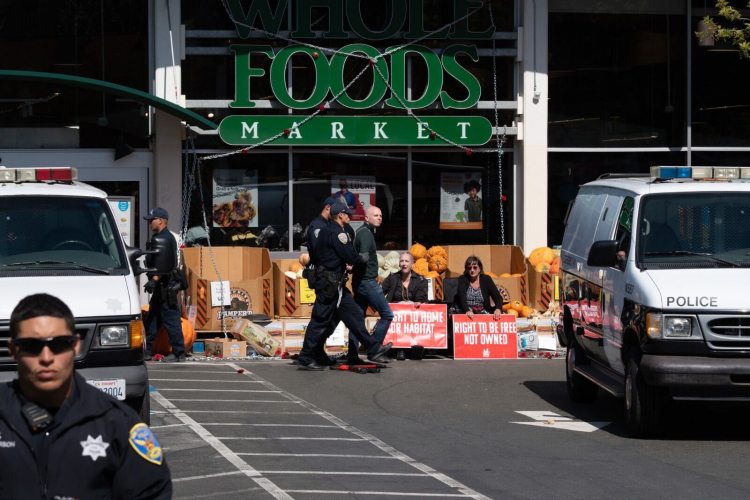 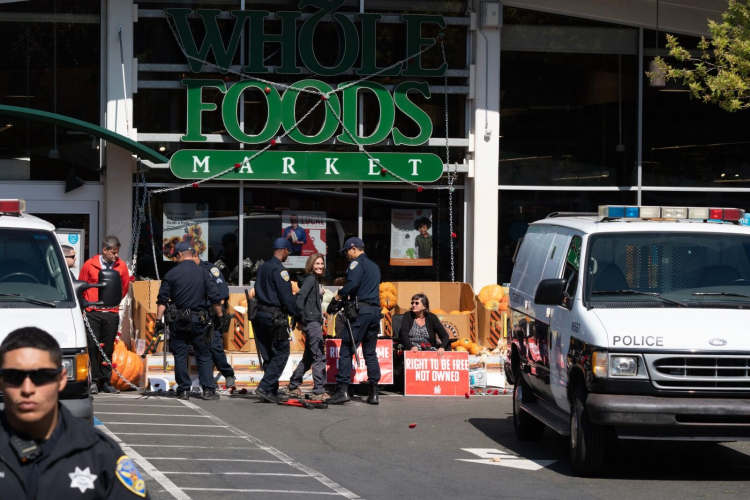