Add an Event
Newswire
Calendar
Features
Home
Donate
From the Open-Publishing Calendar
From the Open-Publishing Newswire
Indybay Feature
Publish to Newswire
Add an Event
Related Categories: South Bay | Environment & Forest Defense
San Jose Students Demonstrate, Ready to Act for Climate Justice
by On the Move
Saturday Sep 28th, 2019 10:00 AM
An estimated 1,000 students expressed their commitment to a clean climate and a more just world...not only that, they have plans to make that happen. 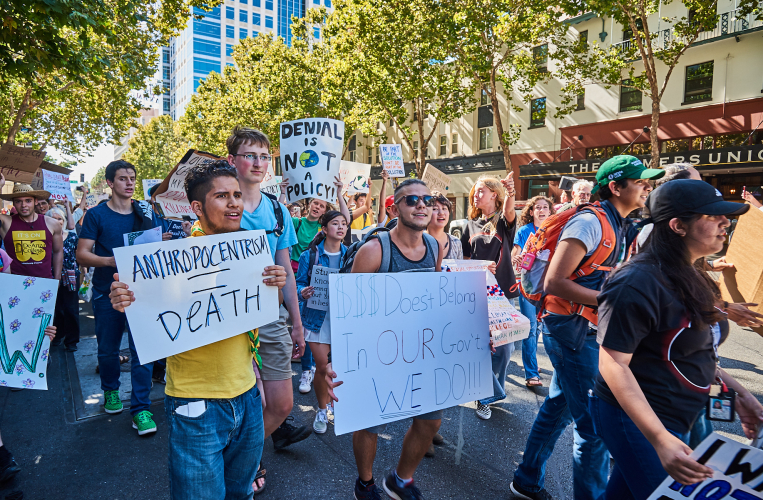 original image (1833x1200)
On September 20, an afternoon march and rally for climate justice started in front of San Jose's Diridon station on the Cal-Train line, many students arriving by public transportation. Along the march to City Hall students chanted to bolster their enthusiasm; at the large downtown plaza singing began with an environmental version of the traditional union song “Which Side are You On?”

Many students, including some who spoke, recognized that to save the planet it will require more than voting for political candidates who are ultimately beholden to corporate donors. The crowd responded enthusiastically to speakers who voiced support for the Green New Deal now before Congress. Political candidate Shahid Buttar, who is challenging Nancy Pelosi for her seat in Congress in the Democratic primary, received an especially warm welcome from students who clearly related to his message of challenging the old guard.

A student carried a sign along the march that read "I'm running for City Council at 19 years old because we don't have time." Another clearly seeks system change with a sign that said, "It's Capitalism That Caused This--not lawns, not plastic, not long showers..." 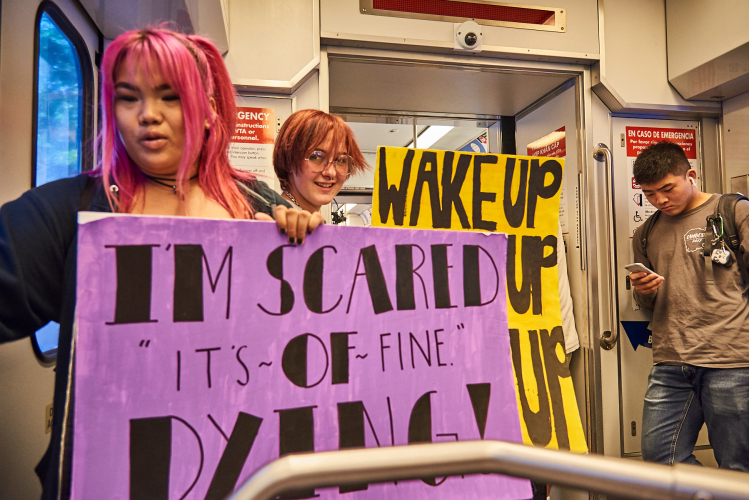 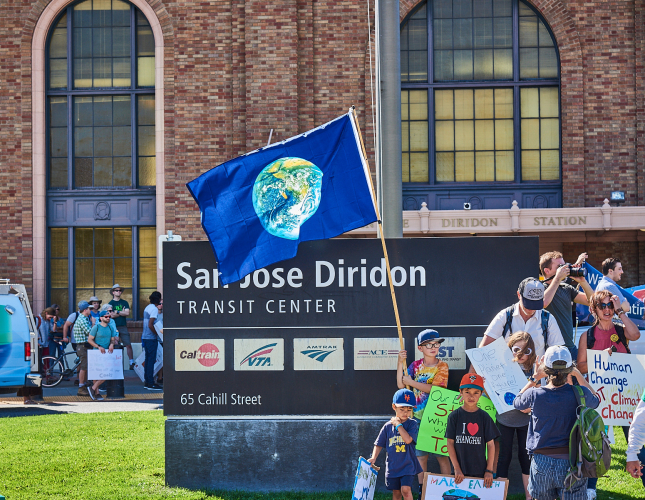 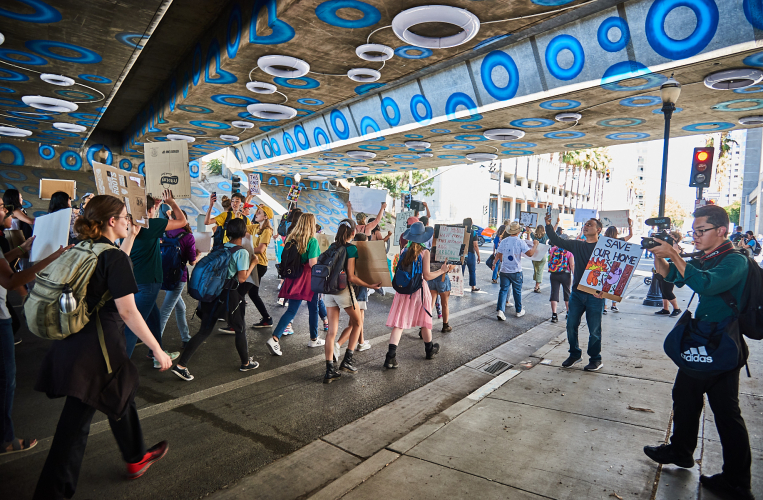 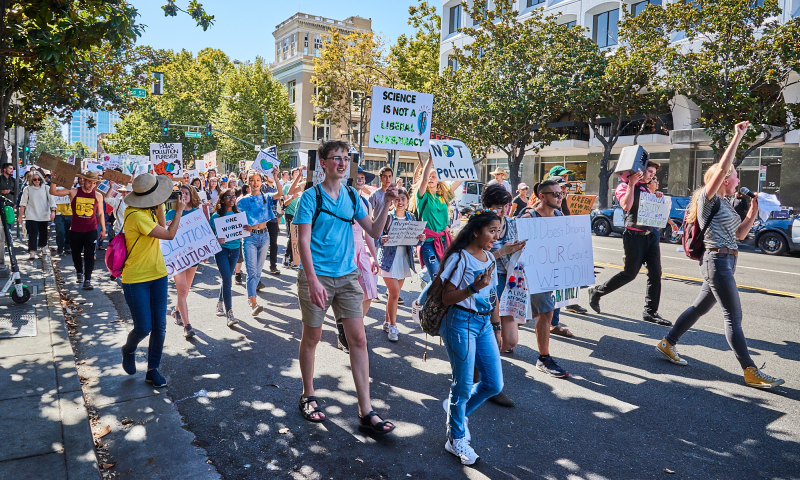 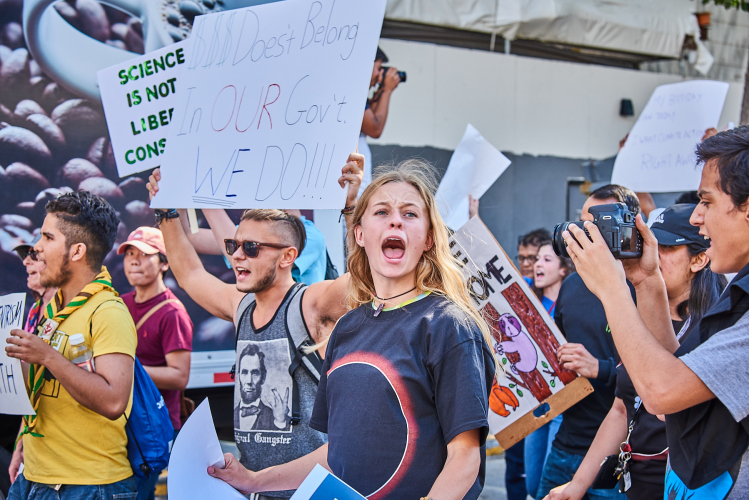 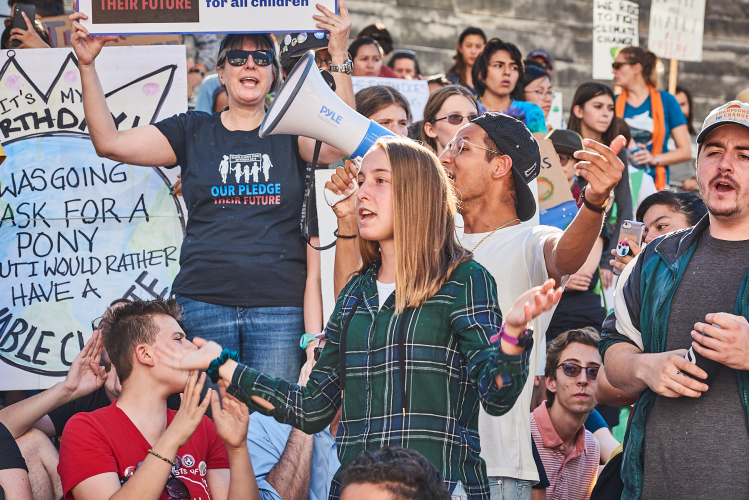 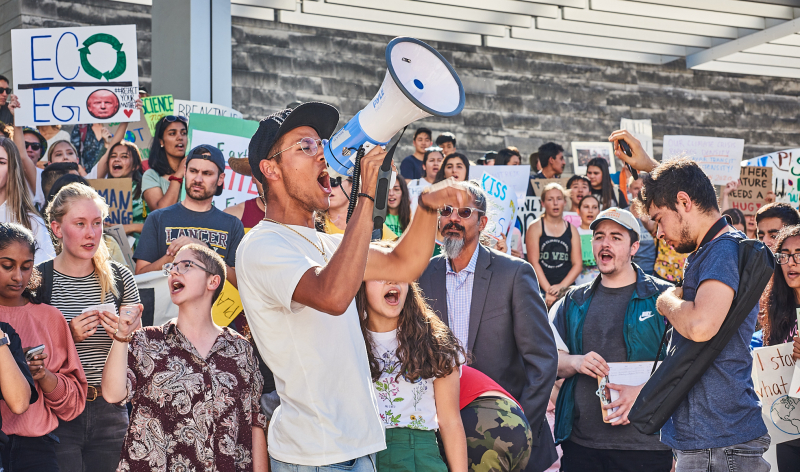 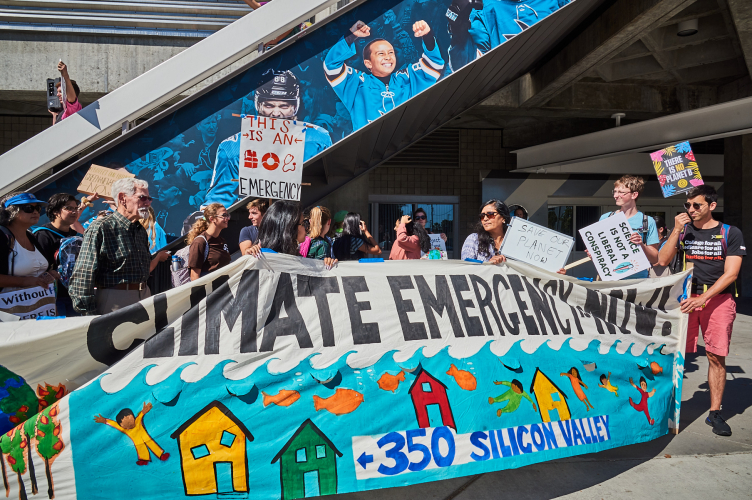 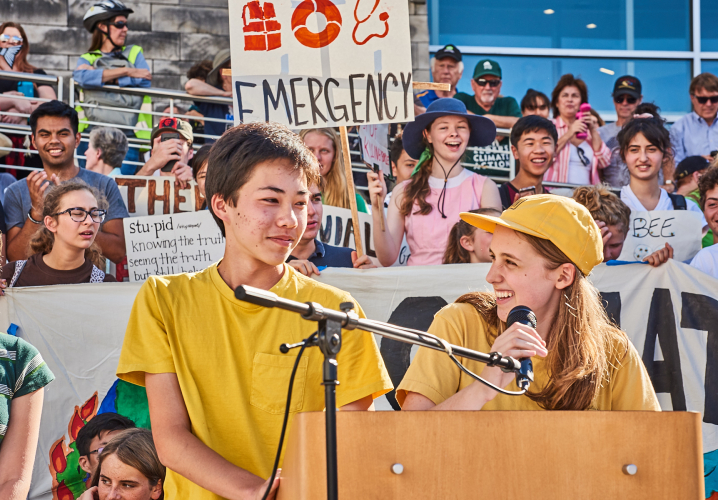 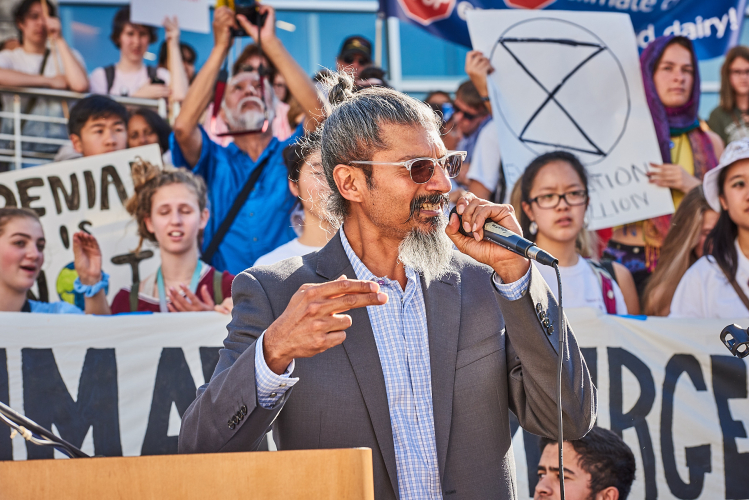 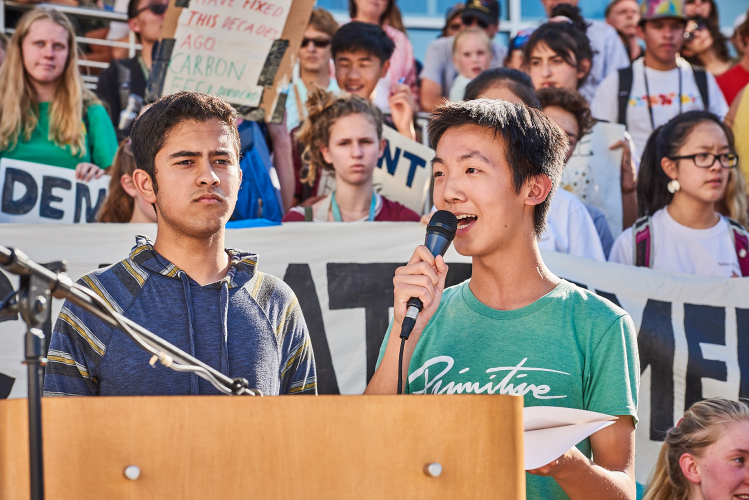 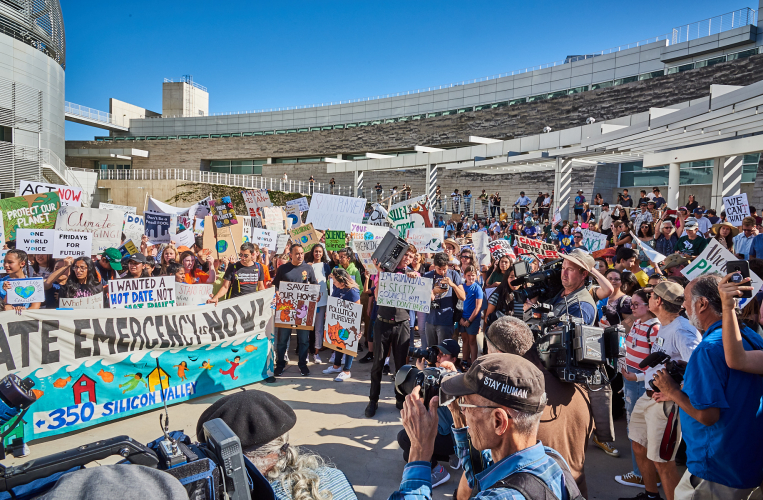 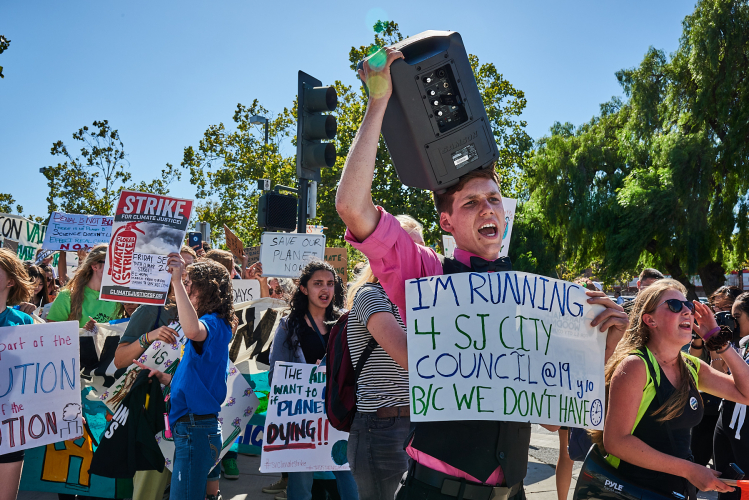 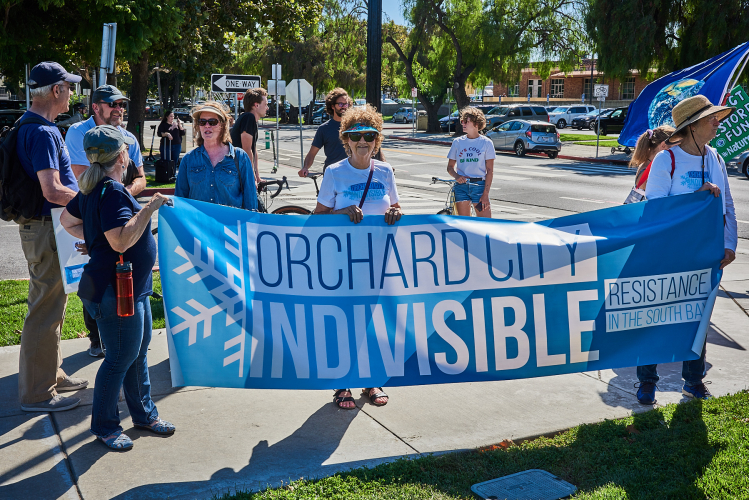 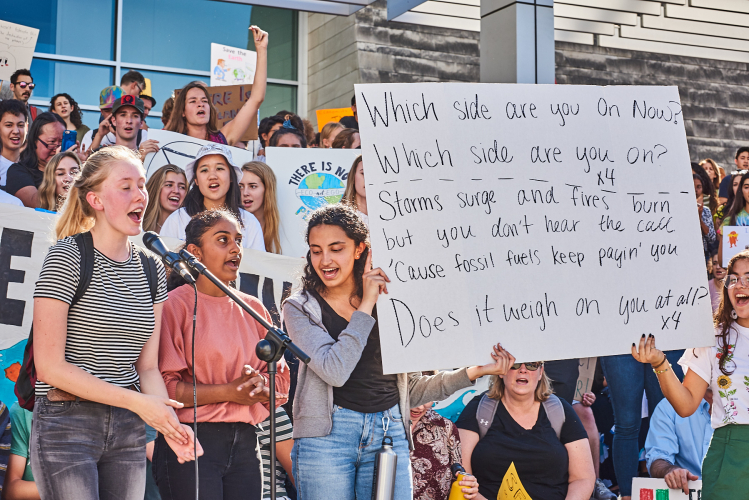 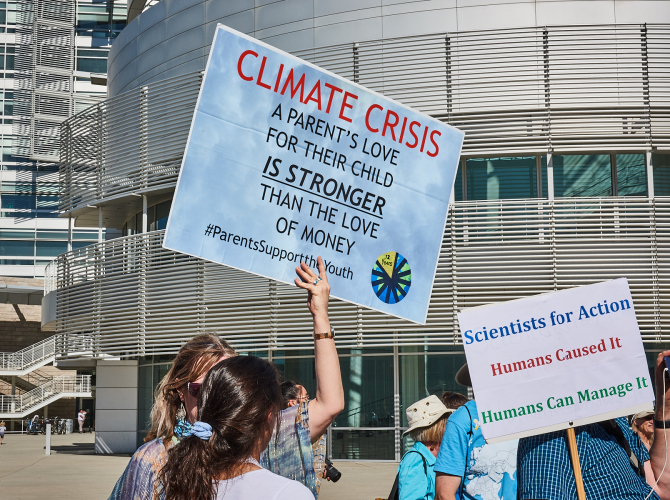 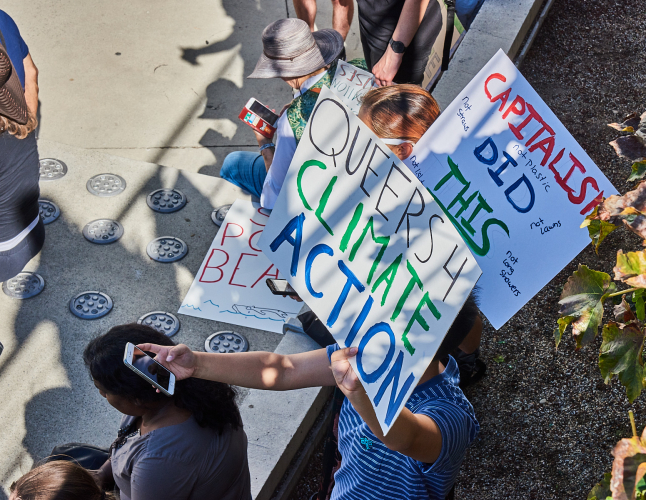 original image (1551x1200)
Not straws, not lawns, or anything else...it is the system that destroyed the planet.
Add Your Comments
Support Independent Media
We are 100% volunteer and depend on your participation to sustain our efforts!