Newswire
Calendar
Features
Home
Donate
From the Open-Publishing Calendar
From the Open-Publishing Newswire
Indybay Feature
Publish to Newswire
Add an Event
Related Categories: East Bay | Environment & Forest Defense
Berkeley Students Say System Change Needed, Rally and Walk Out from Campus on Global Climate Strike Day
by To the Streets
Friday Sep 27th, 2019 11:24 PM
Three days before the international Climate Strike of September 20 in which students at UC Berkeley participated on a grand scale, the University of California committed to urgent action to address the climate crisis. Students expressed despair, worry, and shock about the state of the climate already. 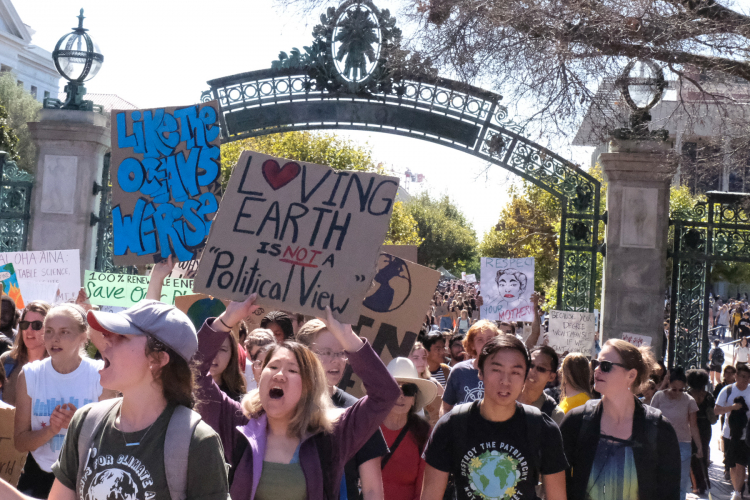 original image (1800x1200)
On September 17, the University of California joined more than 7,000 colleges and universities around the world to declare a climate emergency and commit to urgent action to address the crisis.

By signing the declaration, UC agrees to a three-point plan that includes increasing action-oriented climate research, and expanding education and outreach on environmental and sustainability issues. The third point, achieving climate neutrality, is one the UC expects to achieve by 2025, five years ahead of the declaration’s pledge.

This move came three days before the international Climate Strike of September 20 in which students at UC Berkeley participated on a grand scale. Many left campus to be part of a day of action of 40,000 in San Francisco. Others stayed on campus and joined in a "Climate Strike Take Action and Walk Out" that started in Sproul Plaza.

Some students felt that signing the declaration of climate emergency was too little too late. Many of their signs indicated a mourning of the climate change that they say will devestate their generation's lives. Others called for progressive action through organizing. There were many signs calling for system change.
§Call to Action: Organize!
by To the Streets Friday Sep 27th, 2019 11:24 PM 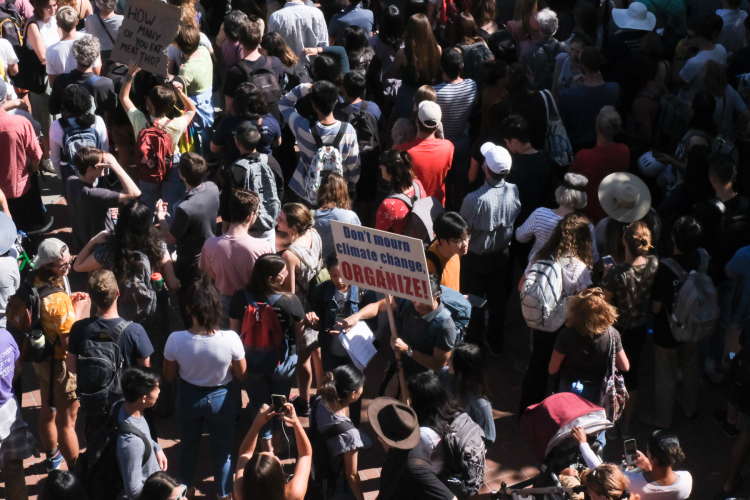 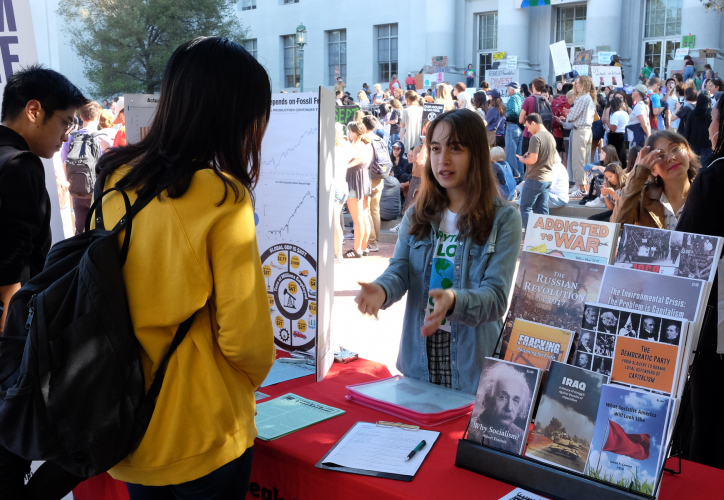 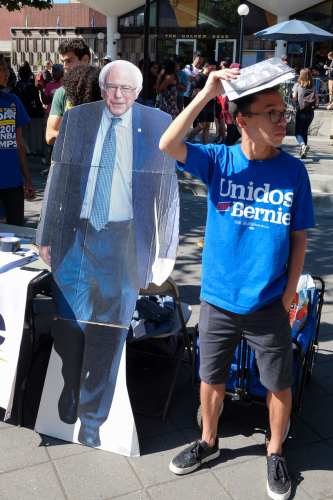 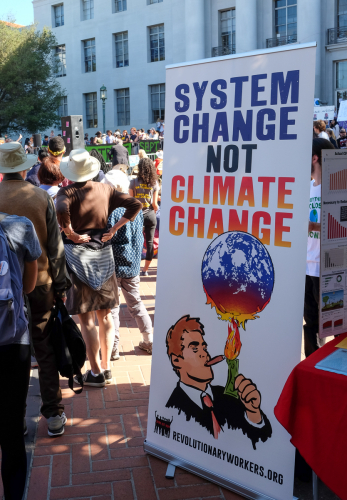 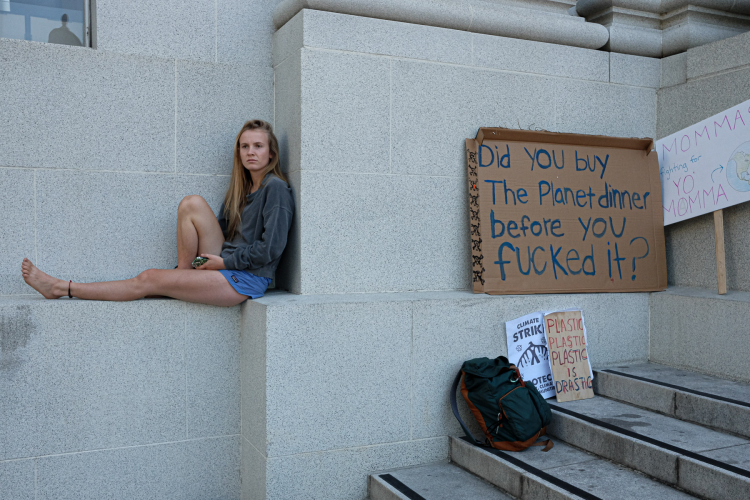 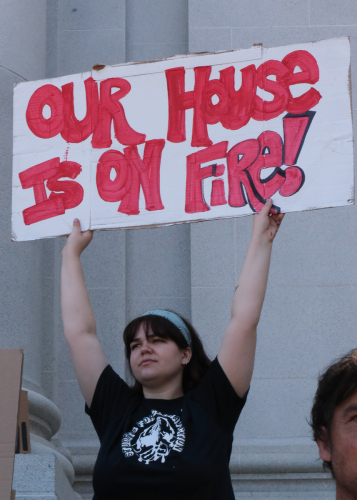 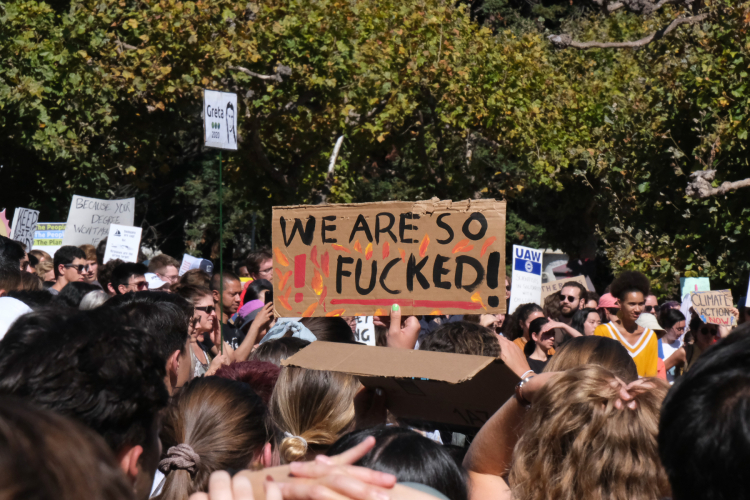