As if to drive the message home, the day was unusually hot. Several people went around offering to gently spray water on you to cool you down. Several activists were arrested when they blocked a Wells Fargo entrance. There were demonstrators and displays at the entrances to several major banks.

Thirteen environmental and social justice each painted a large "mural" on the roadway. There was even a painted maze for children walk through. Organizations represented were:

From the Market Street end of Montgomery, about twenty forms with white faces and wrapped in fire red robes and rags began a trance like procession. The ghost like figures, their arms and hands, making a slow dance of supplication and warning, looked like the ones in medieval paintings of sinners burning in hell.

The frightening message; these are our ghosts of environmental future if we fail to protect and nurture the planet.
https://kunstena.smugmug.com/Politics/Demo...
§
by Leon Kunstenaar (Photos and Text) Thursday Sep 26th, 2019 11:56 AM 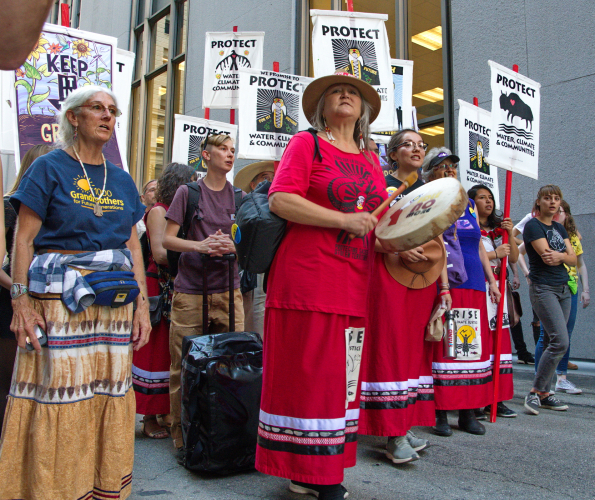 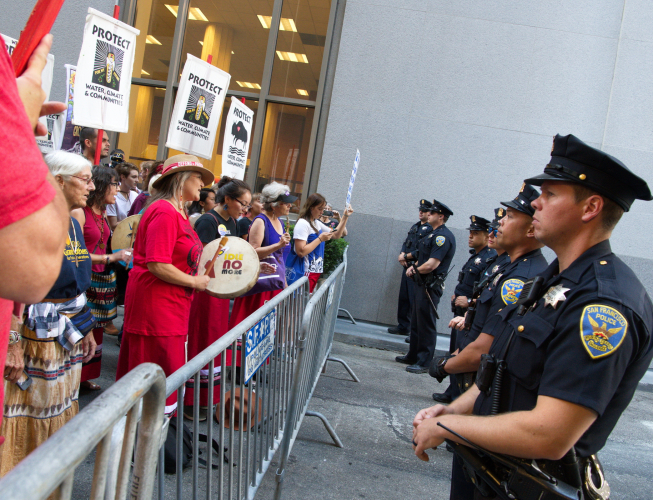 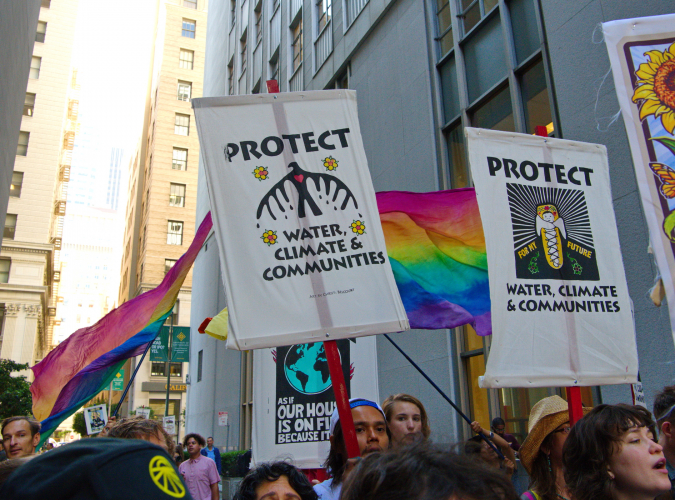 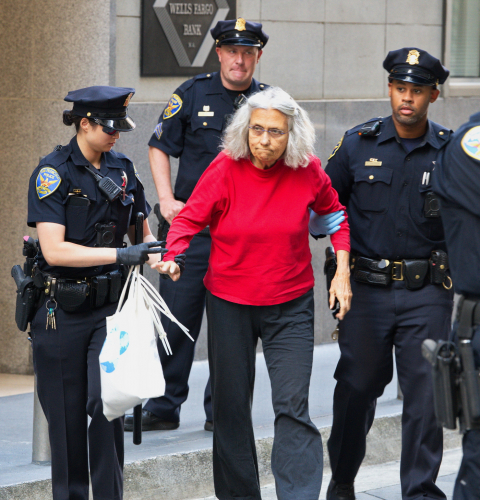 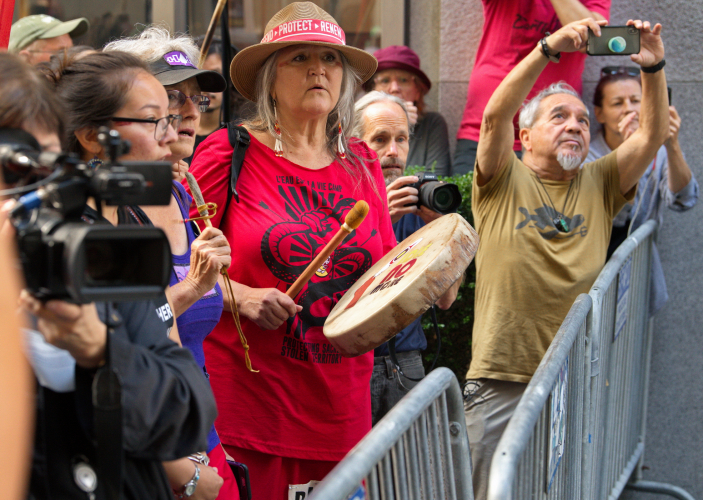 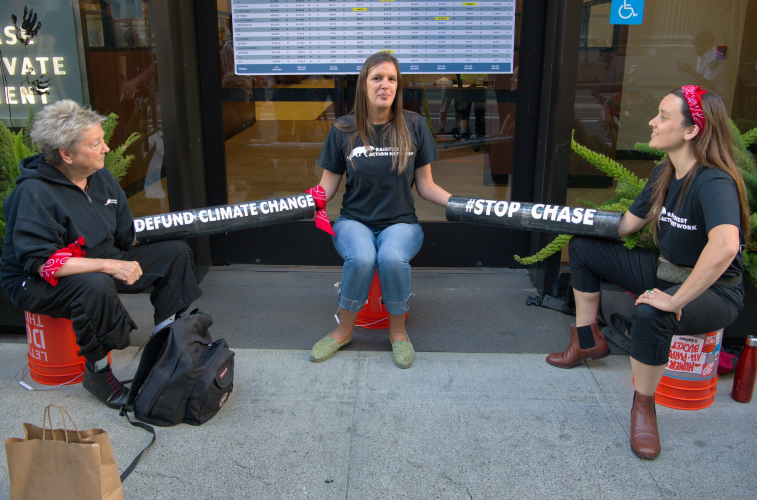 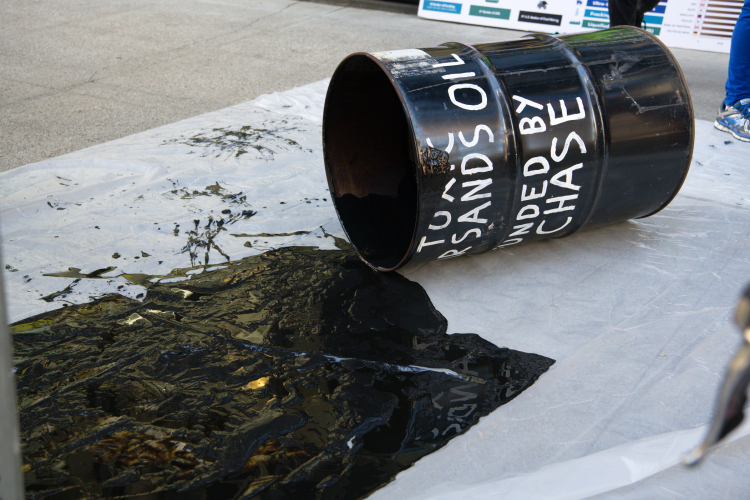 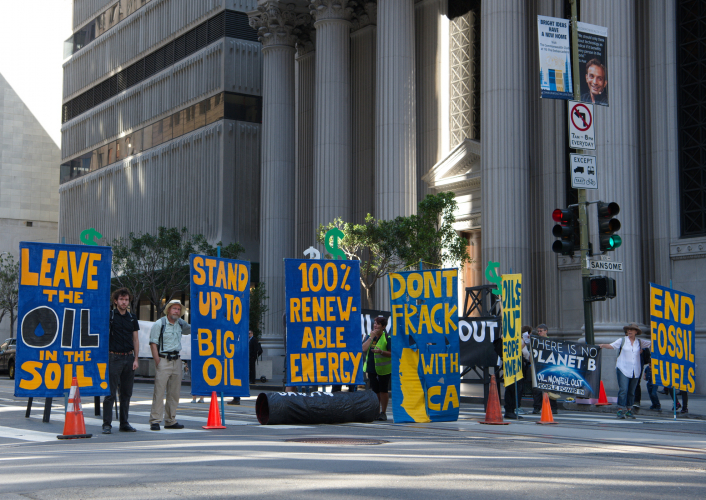 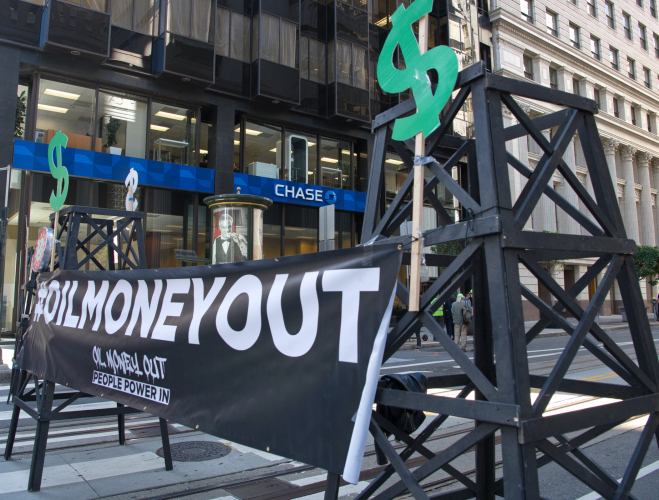 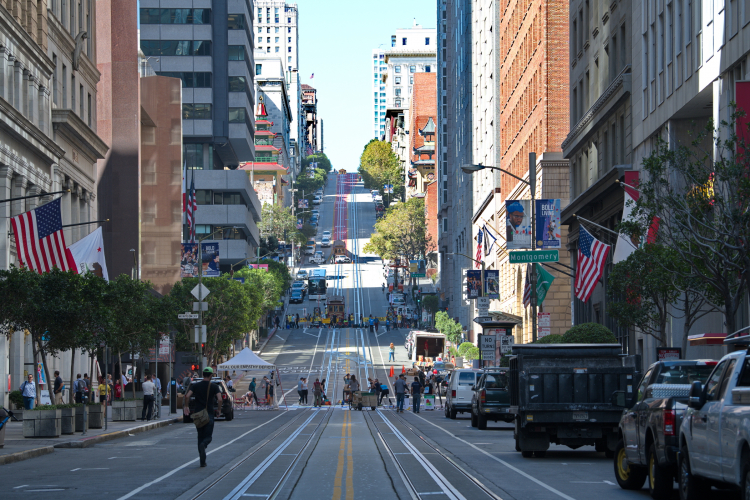 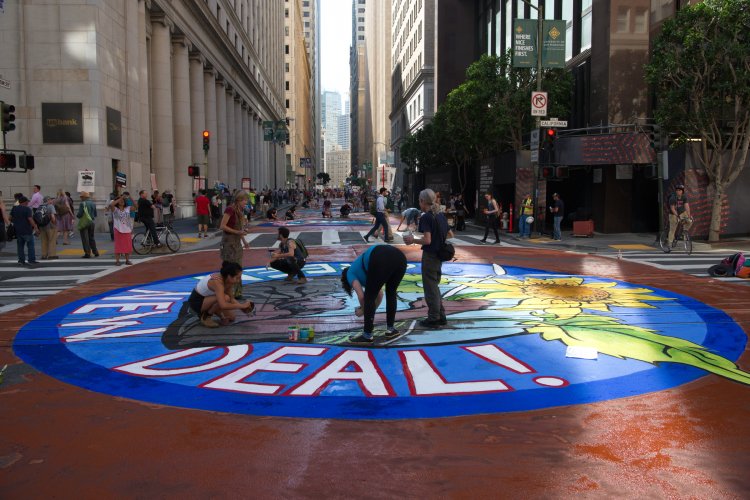 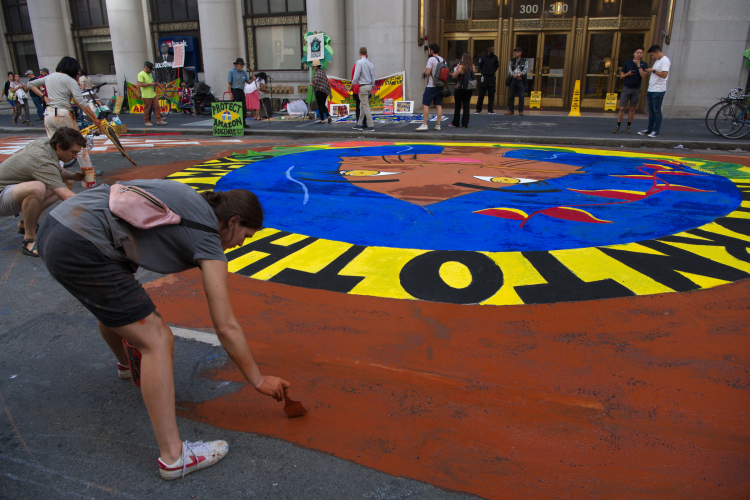 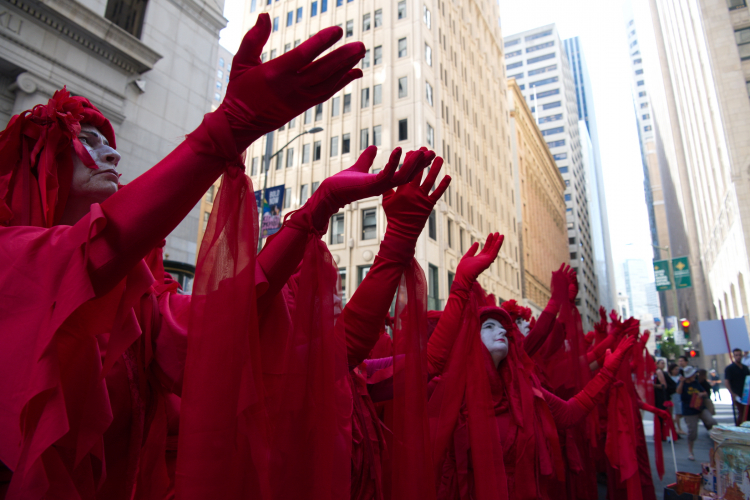 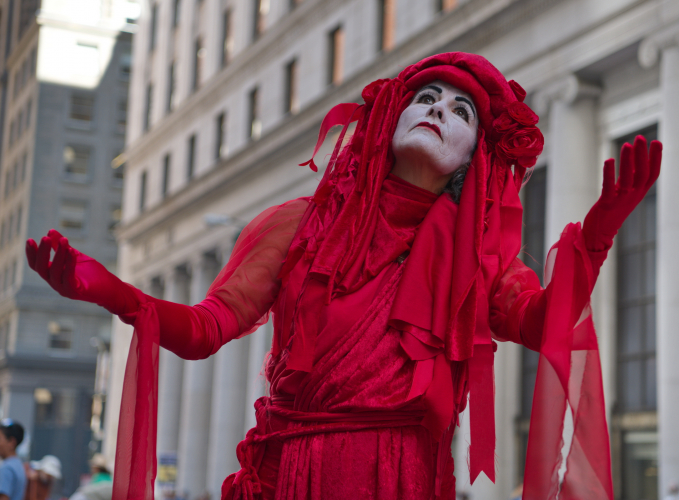 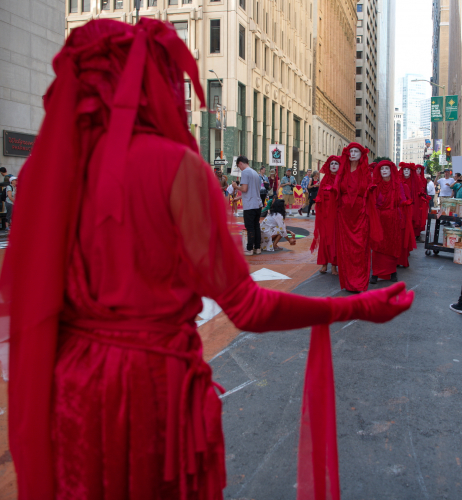 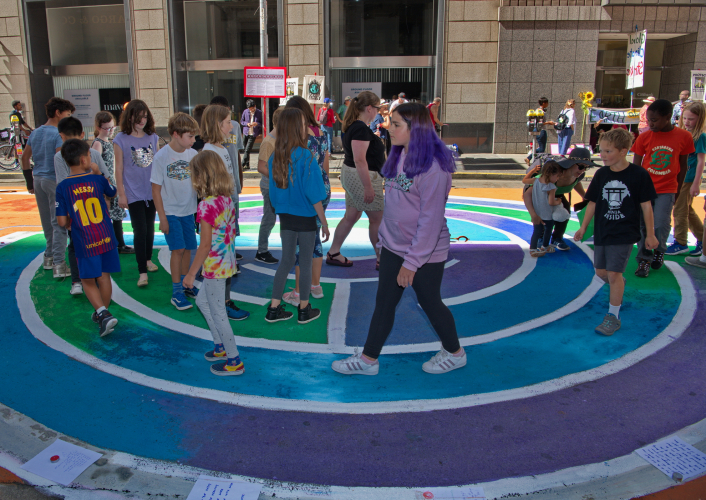 original image (1979x1400)
https://kunstena.smugmug.com/Politics/Demo...
Add Your Comments
Support Independent Media
We are 100% volunteer and depend on your participation to sustain our efforts!