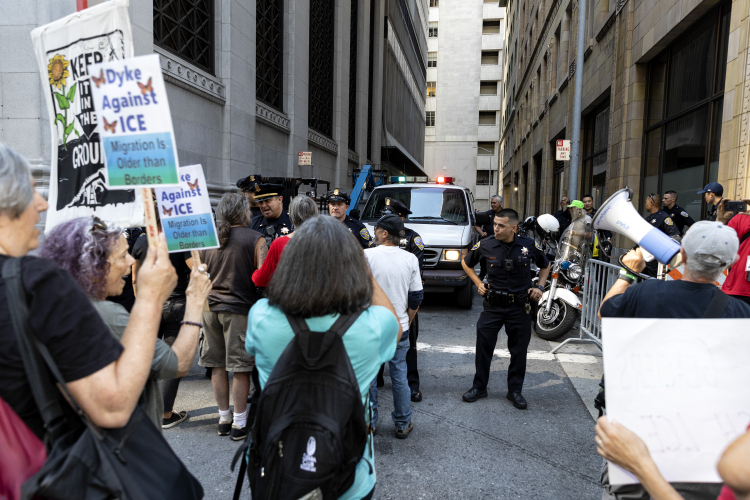 original image (3150x2100)
Protesters stood in these streets causing traffic to back up in San Francisco's financial district Wednesday morning: Montgomery Street between Pine and Sacramento streets and California Street from Sansome to Kearny streets. Their goal? To block access to the offices of major banks.

Protesters said they targeted these specific blocks because of their high concentration of multinational banks that fund the fossil fuel industry.

The demonstrators, many of whom were retirees, said they were motivated by youth-led Climate Strike Actions over the past week. One group, Silicon Valley 350, organized a similar direct action earlier this year in March, targeting the nation's fourth largest bank for protest, Wells Fargo, just in time to crash its annual founding day celebration. On that occasion there were no arrests. 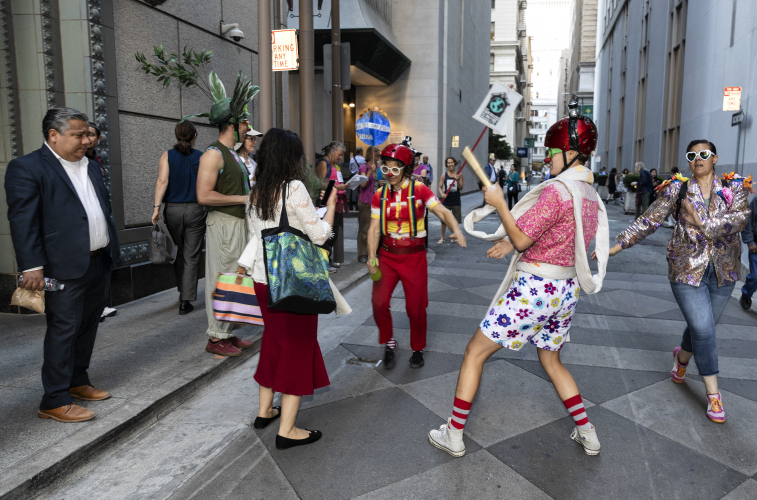 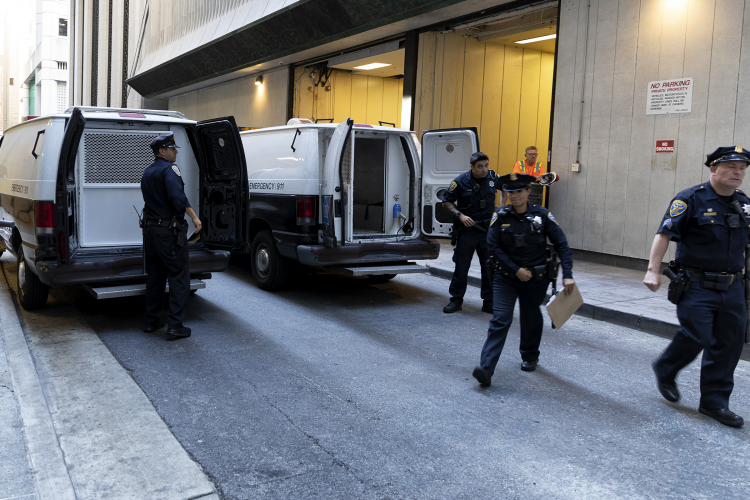 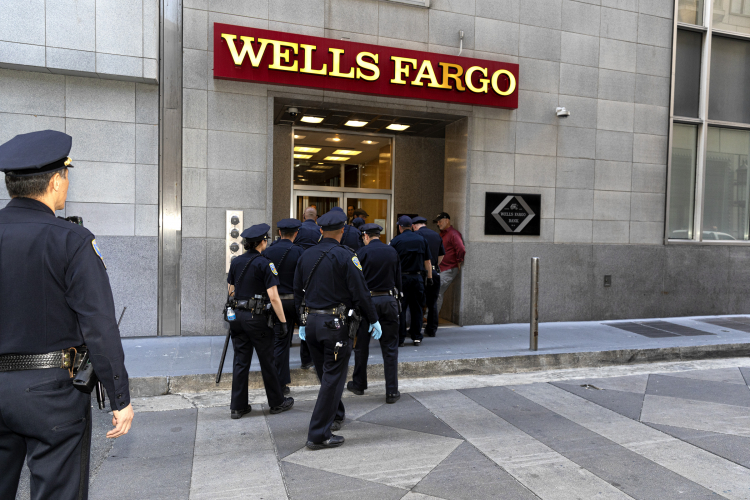 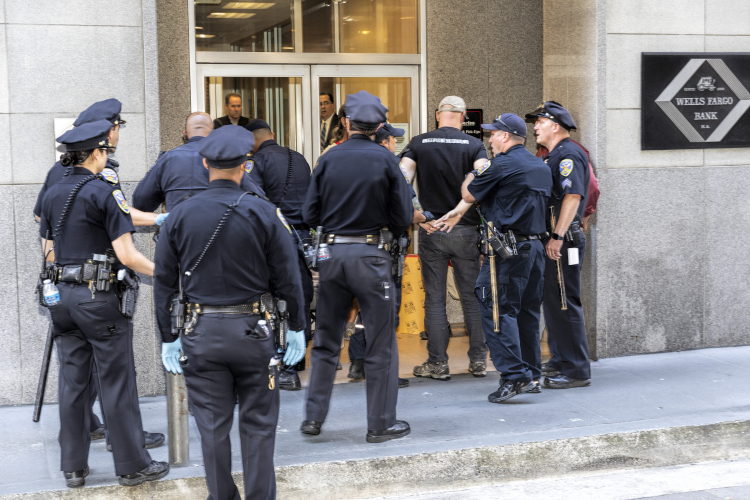 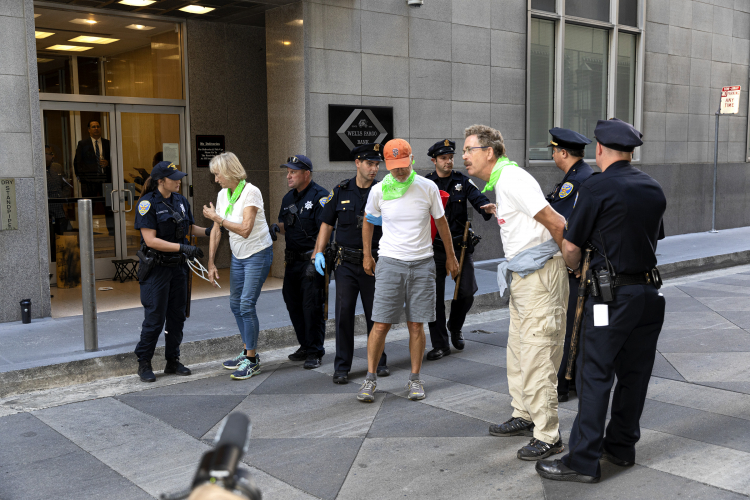 original image (3000x2402)
Add Your Comments
Support Independent Media
We are 100% volunteer and depend on your participation to sustain our efforts!