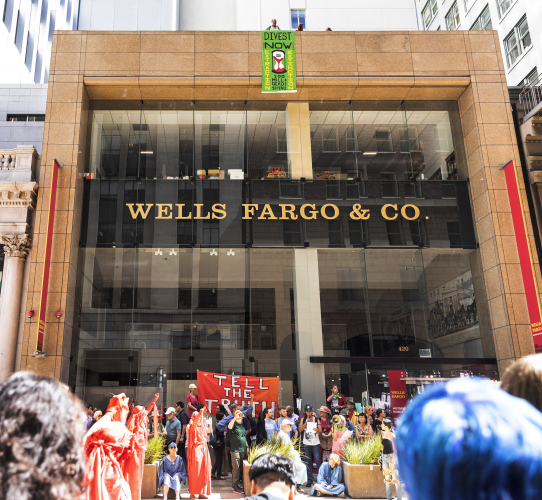 original image (2937x2706)
Climate activists filled the streets in San Francisco's Financial District on September 25, shutting down several adjoining blocks and blocking access to the offices of major banks. They started in early morning to keep bank employees from getting into their buildings and kept traffic from using these major streets for the entire day...Montgomery Street between Pine and Sacramento streets and California Street from Sansome to Kearny streets.

This demonstration, focused on multinational banks' role in earth's destruction, was part of a week of action that began on September 20th and is slated to end on the 27th. But hard core activists say this is not the end of their focus on big banks and the capitalist system that has fostered climate catastrophe.

Bill McKibben, who leads the climate group 350.org said of today's action, "This is how it's done! Climate activists shut down San Francisco's financial district...with a gorgeous mural (also much courage)." 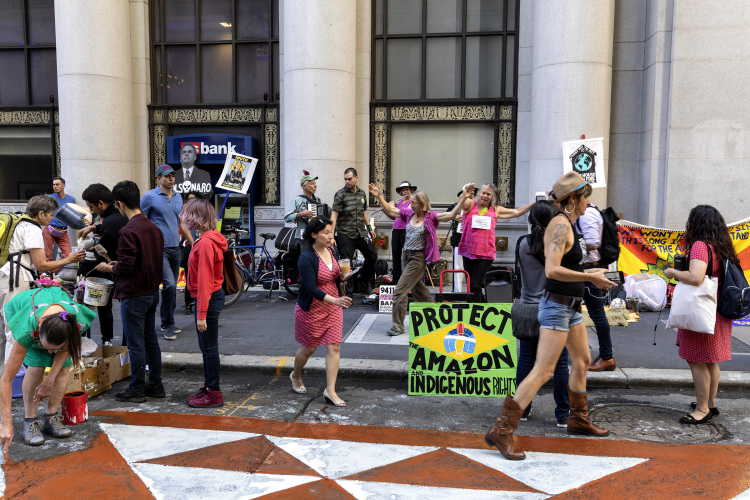 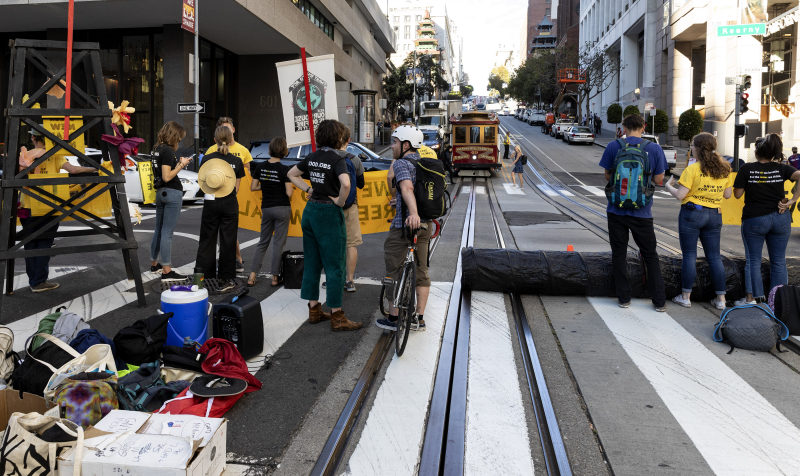 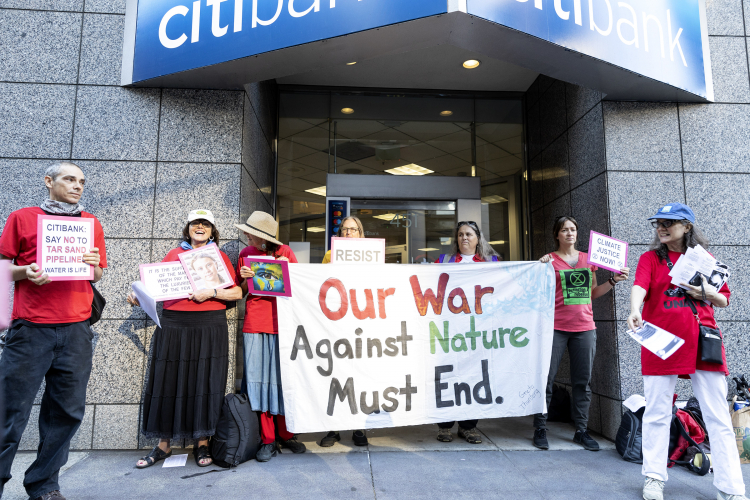 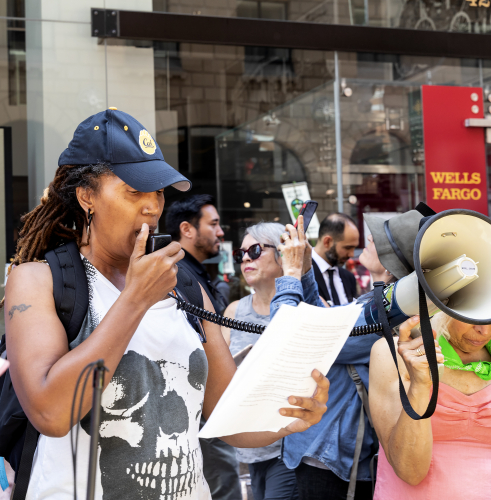 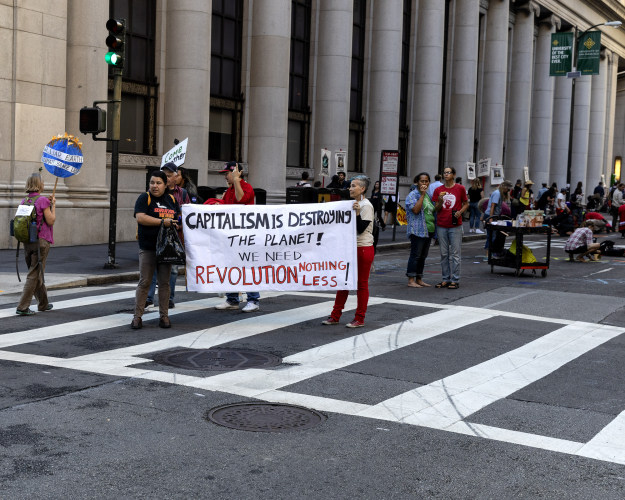 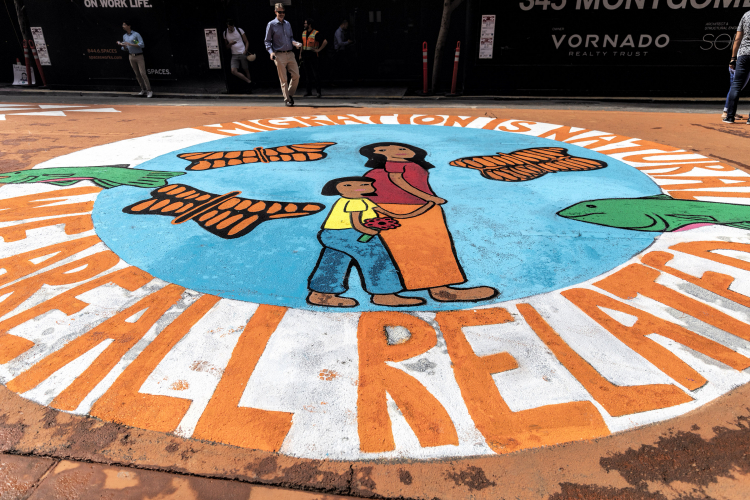 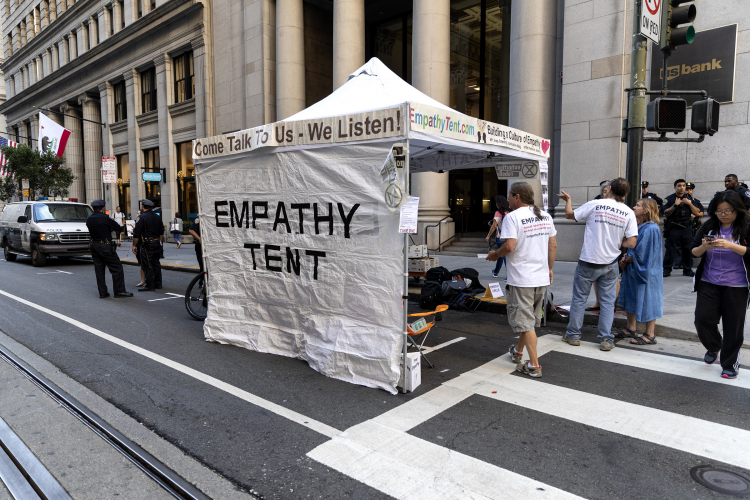 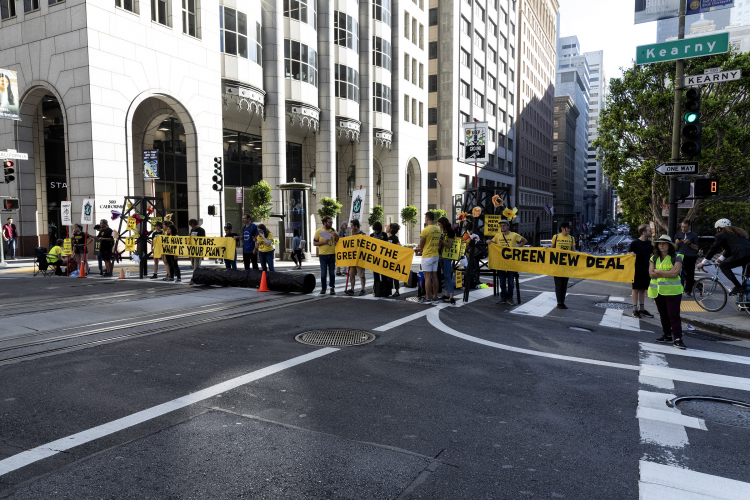 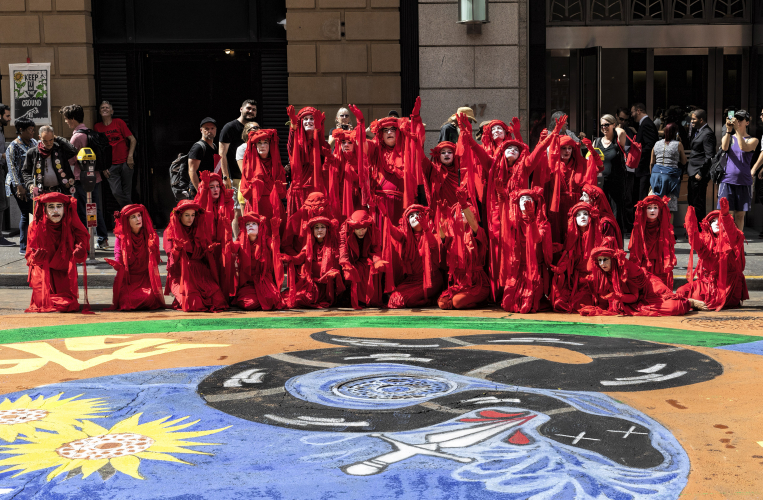 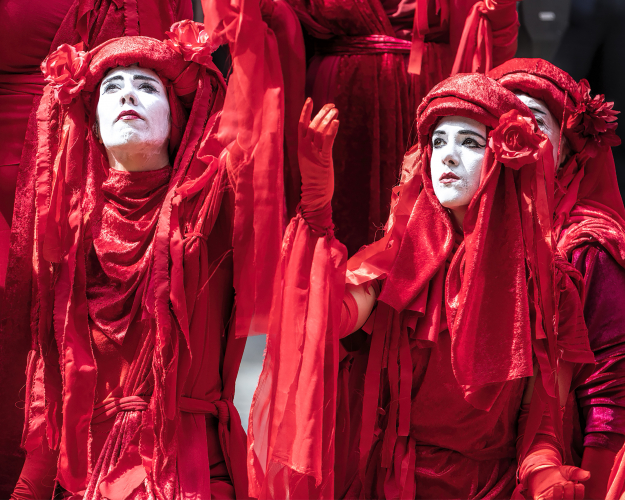 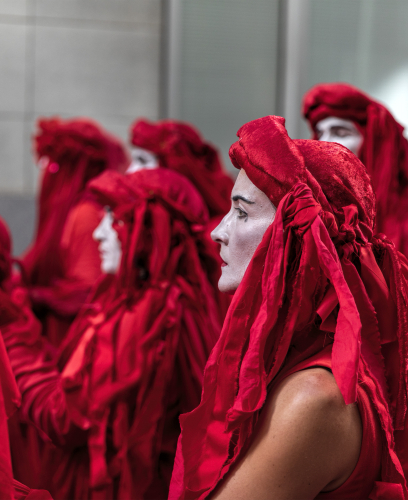 original image (2449x3000)
These are our ghosts of environmental future if we fail to protect and nurture the planet.
You can read about the original Red Rebels of Extinction Rebellion in London here:
https://www.dazeddigital.com/politics/article/44238/1/meaning-behind-extinction-rebellions-red-robed-protesters-london-climate-change?fbclid=IwAR2k-MEZY5YSIbd0dBP2w-9bDxyX4ewNuBY2xGBbABeqIGOA9YUCCthpM3U
Add Your Comments
Support Independent Media
We are 100% volunteer and depend on your participation to sustain our efforts!