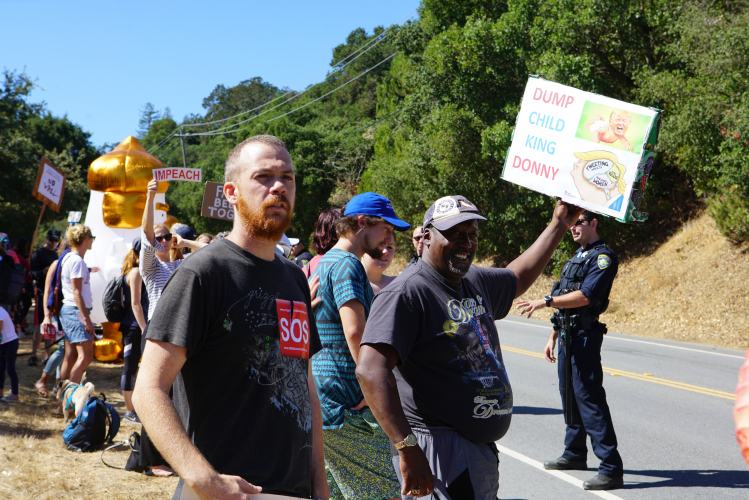 original image (7952x5304)
The last time Trump visited the Bay Area was during his election campaign in 2016. On that occasion, he was forced to sneak through a fence to reach a California GOP Convention in Burlingame where he was scheduled to speak. Brave demonstrators pushed through police barricades to rush the Hyatt hotel at which the convention was being held. Trump's motorcade was unable to drive directly to the hotel, so Trump and his entourage were forced to walk from Highway 101 through concrete barriers to reach the convention via a back entrance.

Security was so tight on this visit to the Bay Area, the first since his election, that Trump's fundraiser location was not confirmed by demonstrators until a few hours before the September 17 event. Trump security forces purposely put out misleading information to get protestors to go to the wrong place or simply give up on protesting. Even Republican donors signed up to attend the luncheon didn't know until they arrived via shuttle at the venue in the hills of Palo Alto.

Not to be so easily tricked, organizers who insisted on mounting a reaction to the president's visit stayed up all night and determined the location. They were able to advise a hard core group of demonstrators and the press that they would take up place on Alpine Rd. in Portola Valley in a space the motorcade would be forced to pass by.
§LieHole
by Rise and Resist Saturday Sep 21st, 2019 9:19 PM 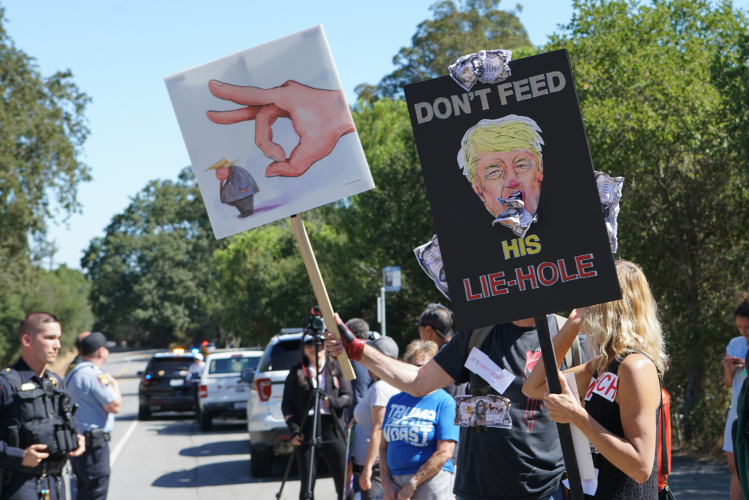 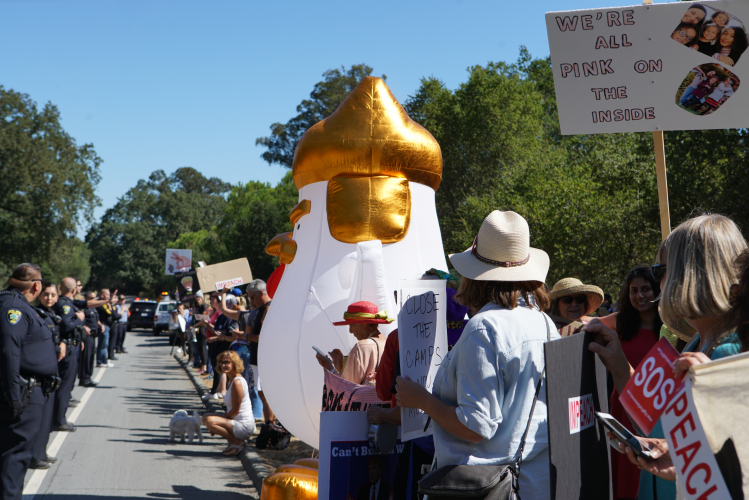 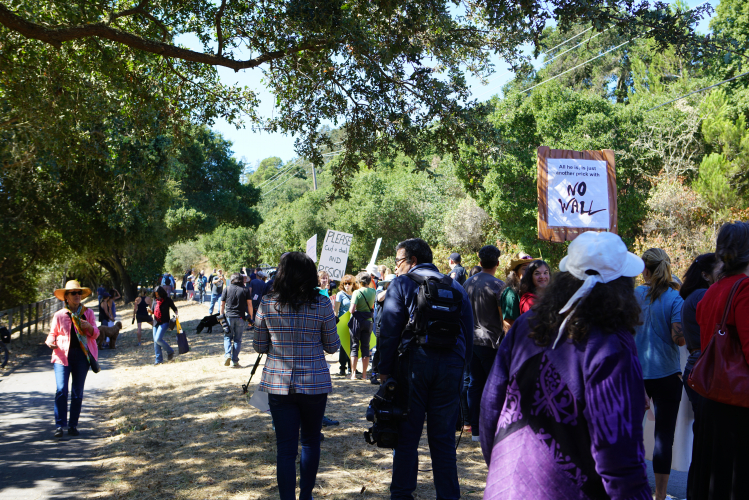 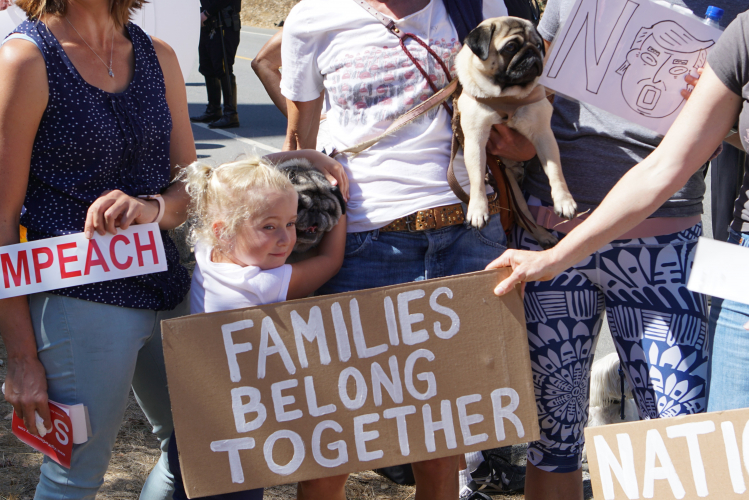 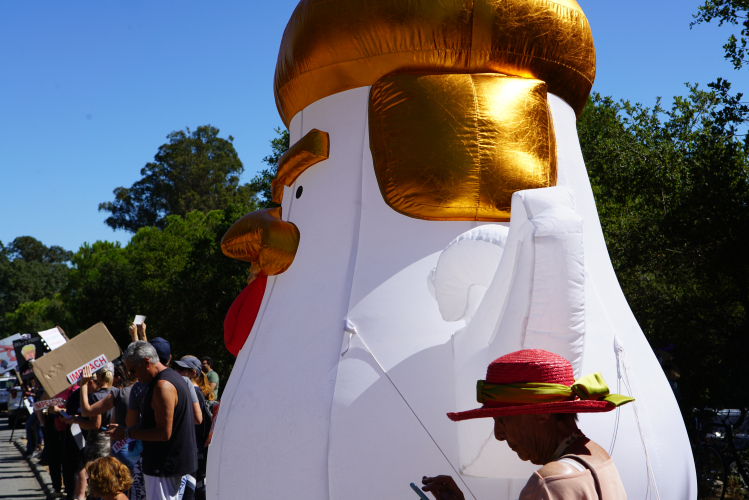 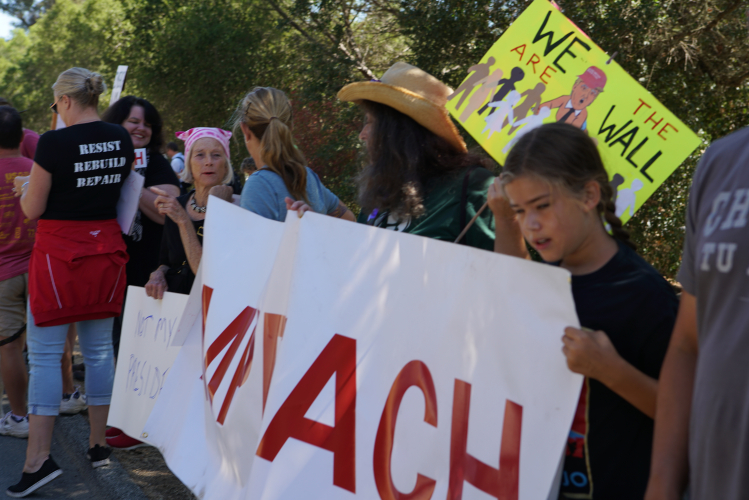 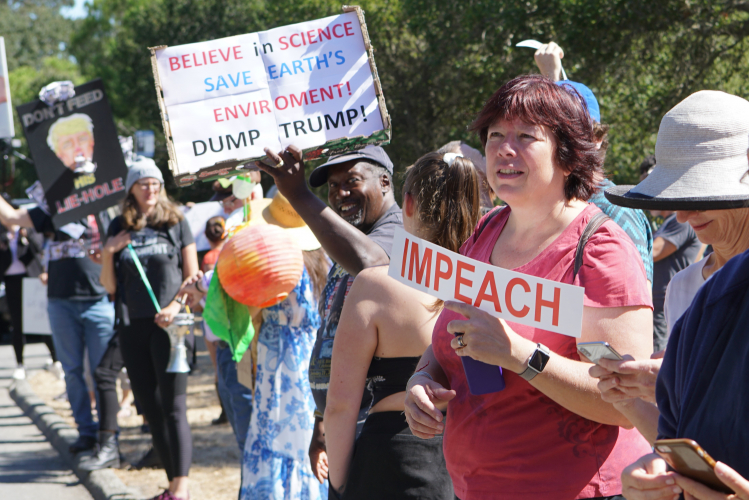 original image (4430x2954)
Add Your Comments
Support Independent Media
We are 100% volunteer and depend on your participation to sustain our efforts!