Add an Event
Newswire
Calendar
Features
Home
Donate
From the Open-Publishing Calendar
From the Open-Publishing Newswire
Indybay Feature
Publish to Newswire
Add an Event
Related Categories: Santa Cruz Indymedia | Government & Elections
Santa Cruz Recall: Paid Canvassers at Trader Joe's and Whole Foods 9-19-2019
by AutumnSun (sunclan007 [at] yahoo.com)
Friday Sep 20th, 2019 1:17 PM
Today I went to Trader Joe's, and to no surprise to me, the paid recall signature gatherers were there again, along with the man who I will call "Manny", not really knowing his name since he has identified himself with several different names at several different times. Manny is the man who was handcuffed at Whole Foods recently by Santa Cruz Police. 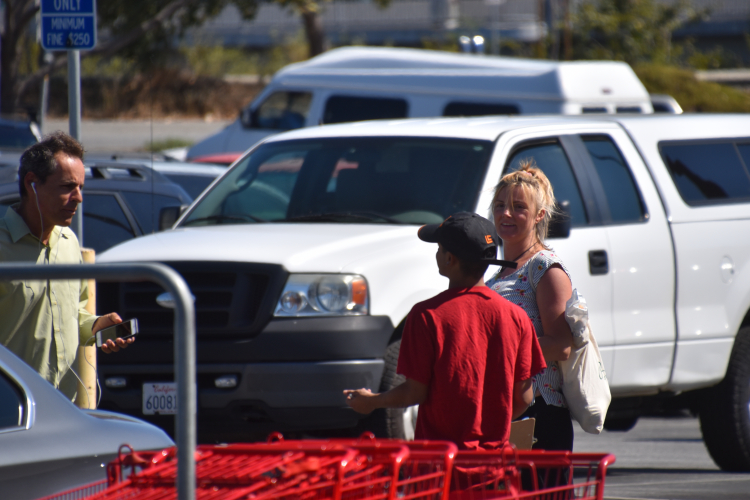 original image (6000x4000)
Manny, as I am calling him, is also the man that called the police on me for taking his picture, and for taking the picture of the woman that he said was his wife. She was also getting signatures that day, and was the woman who told me that both Drew Glover and Chris Krohn were responsible for the two deaths at the Ross Camp. The police cleared me of any wrongdoing and went on their way that day.

Manny was at Traders Joe's on September 19th. He had about five other guys with him! I took the first ten photos while at Trader Joe's. Manny and the others were very aggressively canvassing in front of Trader Joe's. They were even attempting to get signatures right in the doorway of that store, and the other businesses nearby, Fed Ex Store being one of them. When they saw me they grouped together, and all five or six of them started toward me. Not wanting a confrontation, I split and disappeared to a place across the street where they could not see me. They continued to search for me for about ten minutes or so, but then gave up and went back to canvassing in front of the stores.

I continued to get some more photos of them and suddenly the police arrived in an unmarked car. I believe that Trader Joe's must have called the police, and it is my understanding that the police warned the canvassers regarding being so aggressive, and told them to stop it!

After that, I met up with a friend for a while, then I went by Whole Foods to grab something to eat, since I had not eaten since early morning. There was a man calmly sitting at a table attempting to get recall signatures. Before I could get out of my car, there was "Manny" and his clipboard. He was talking to a woman right in front of the store. They both walked into Whole Foods. I believe it was about then that I saw Alex Darocy. He was talking to the man at the canvassing table. Shortly after that, "Manny" came out of the store and he taunted me before he confronted Alex near the table. He seemed to be getting in Alex's face a lot! I saw Manny push at Alex's camera with his hand! A couple of the other guys that had been at Trader Joe's earlier appeared with "Manny", who started yelling loudly at everyone that was going into and out of the store! To me it seemed that he must have been on drugs or something, yelling out of control accusations regarding who Alex was and making accusations about Alex! The yelling went on and on for some time!

Parents were holding their children close, and trying to get away from the scene that "Manny" was making. People were scattering in different directions to get away from his yelling! Many of the people had a lot of fear in their eyes, and were unsure what "Manny" was going to do next. A few people came up to me and asked, "what was wrong with that man?" I then saw the man who had been sitting at the canvassing table, and he seemed to be trying to quiet Manny, and stop him from yelling! I was recording all of this as it was happening. The man then folded his table and left.

Whole Foods announced that they had the situation under control, and that the police were on their way. Just before the police arrived, Manny was ushered off toward Rite Aid by some people. Manny and one of his buddies went around the corner of Rite Aid, and Alex went near Tony and Alba's Pizza and continued to document them. There, the man took off his shirt and challenged Alex to a fight, and called him the N-word!

Though I did not see or record this, there were several people that witnessed it and told me what had happened, including four or five young girls. Alex retreated to avoid a fight. The police showed up in two cars. I got in my car and followed the police, and pulled in front of their cars, and one went to talk to Alex, while the other went to Manny and one of his buddies. The police spoke to me after speaking with Alex. The man I am calling Manny was cited for, "challenging another person to a physical fight in public" and was released. The police then went into Whole Foods to speak with the employees. While they were in Whole Foods, Alex stood in the parking lot, and the two men came back and "Manny" started getting in Alex's face again, telling him that it was his first amendment right to do what he was doing. Alex let him know that it was also his first amendment right to do what he was doing. Then one of the Santa Cruz United men showed up. It happened to be the same man that set up the signs at Stockwood Cellars the night of September 17, 2019. The last ten photos were taken at Whole Foods. The policemen came out of the market, and before leaving, told me to have a good night!
§
by AutumnSun Friday Sep 20th, 2019 1:17 PM 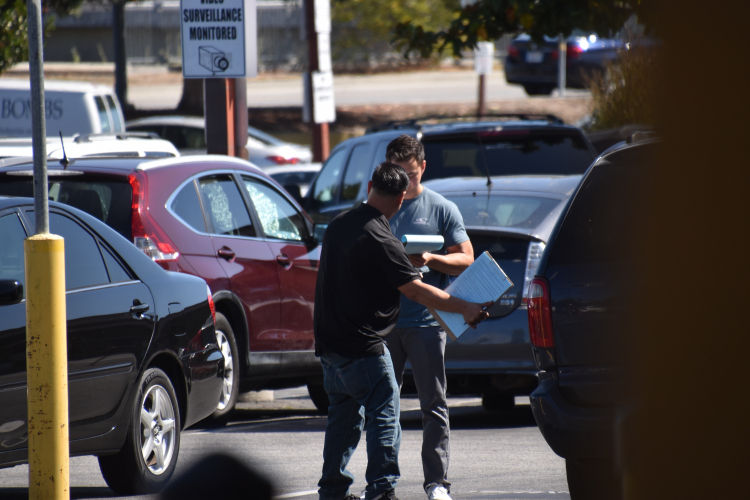 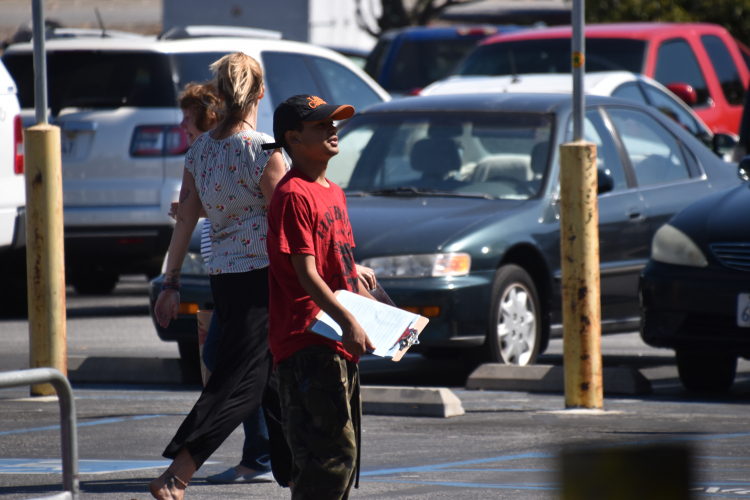 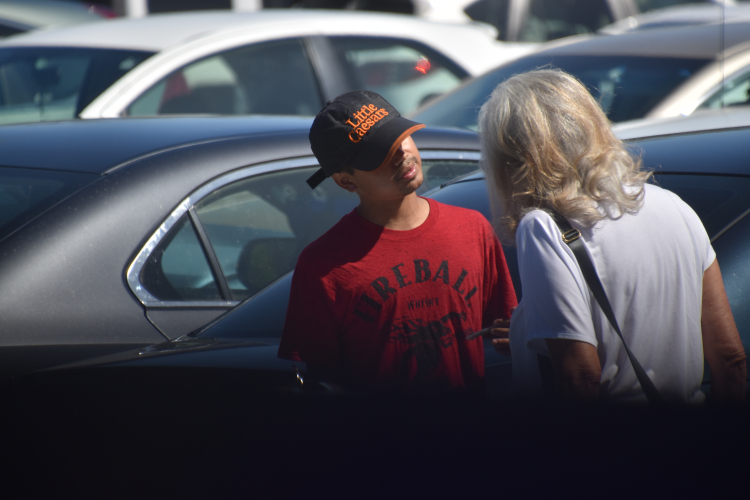 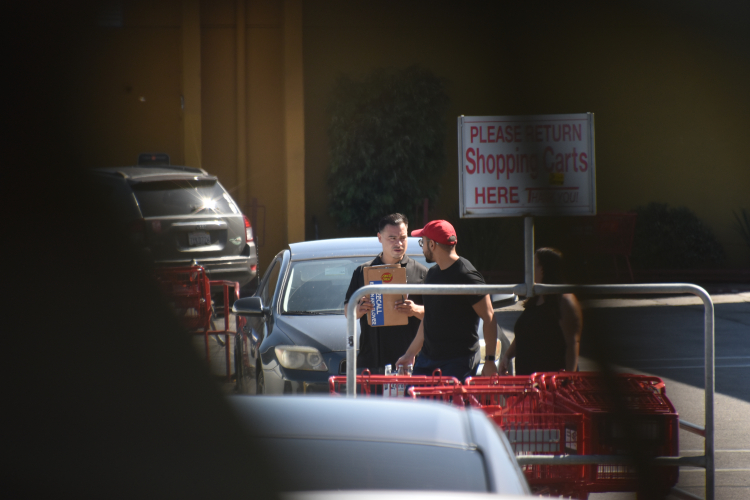 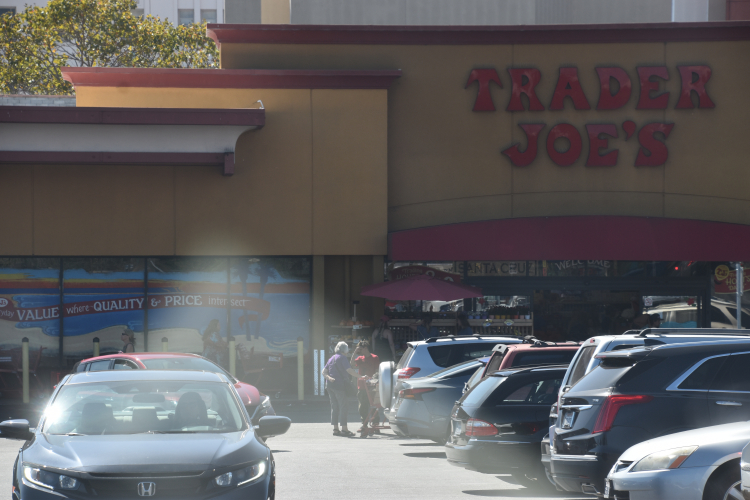 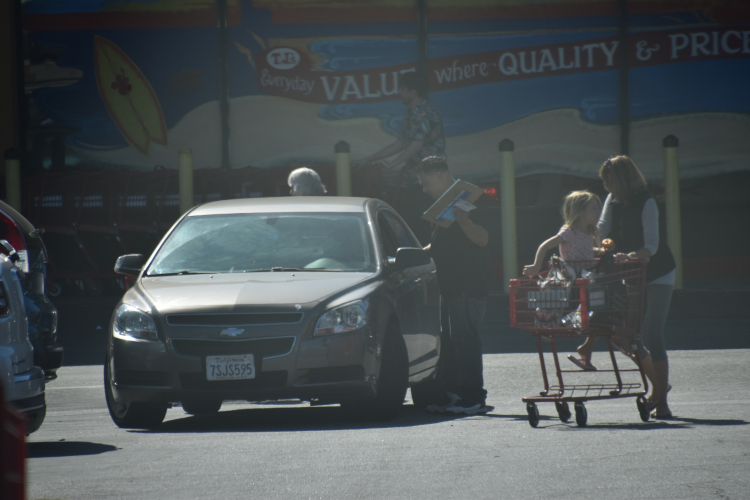 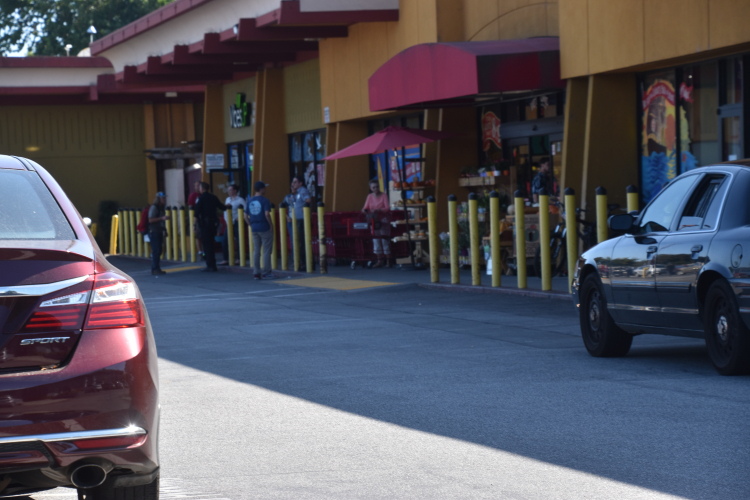 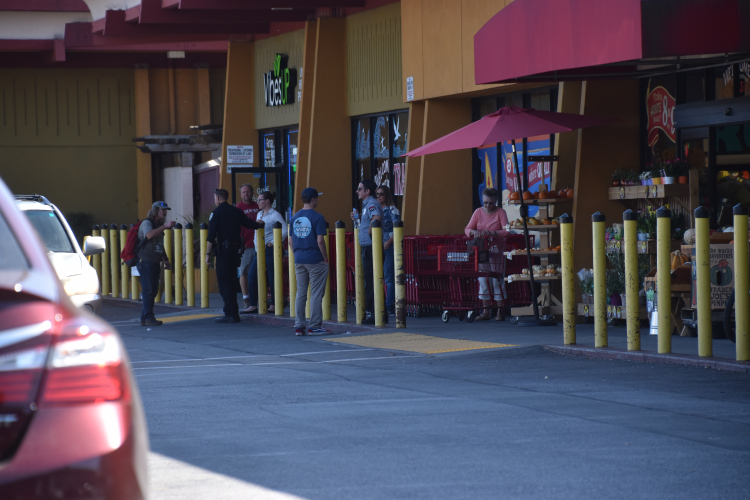 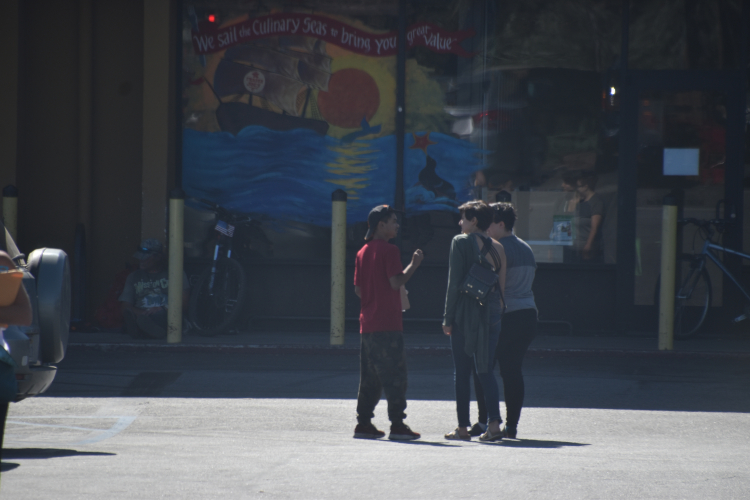 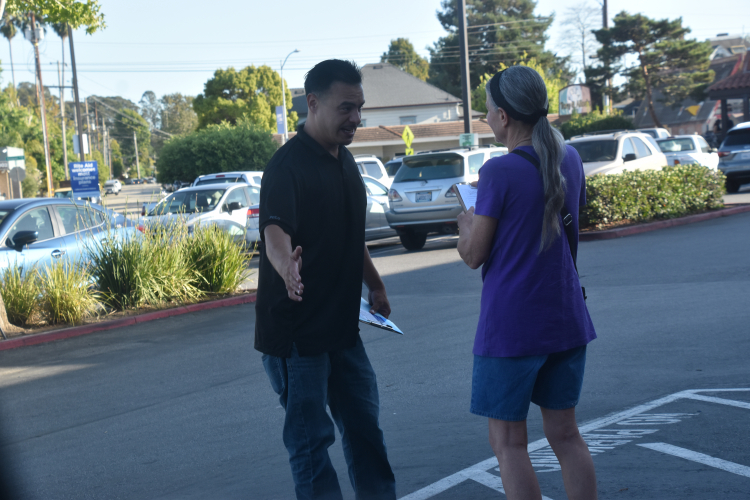 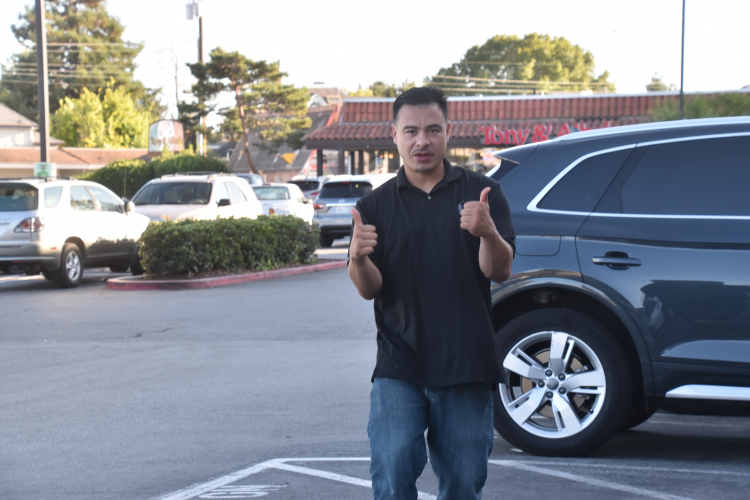 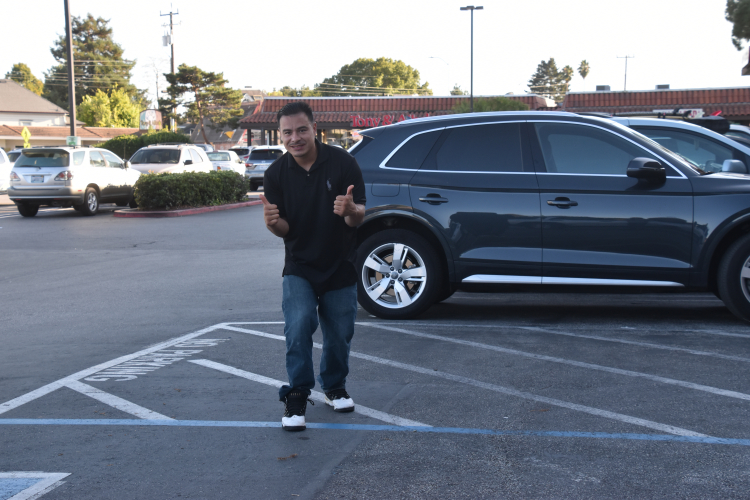 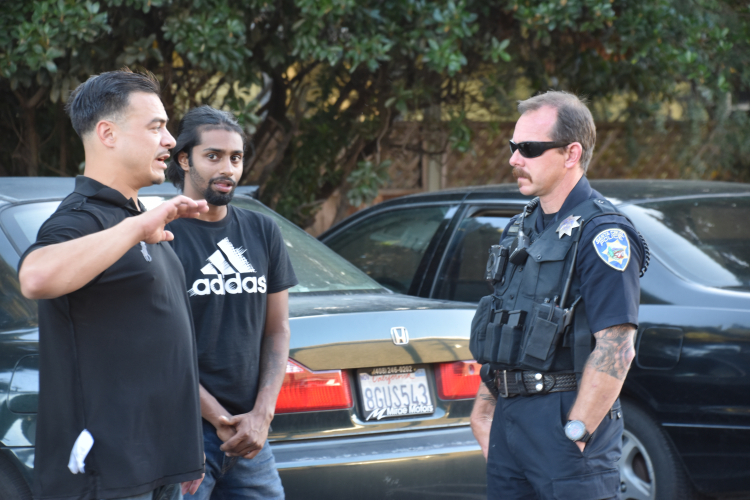 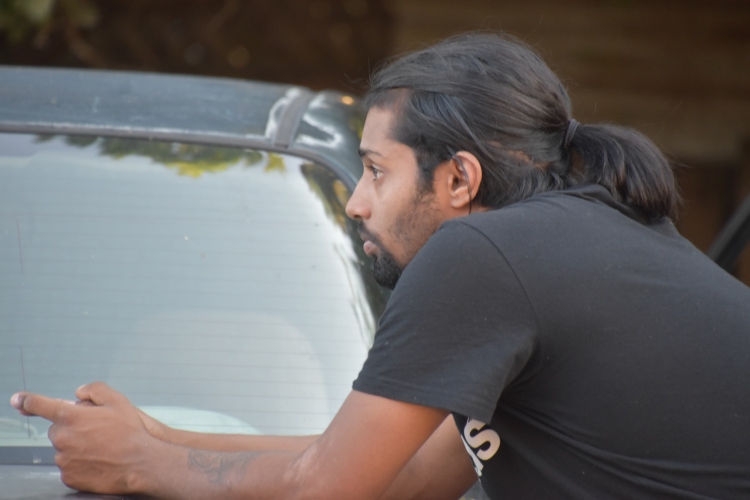 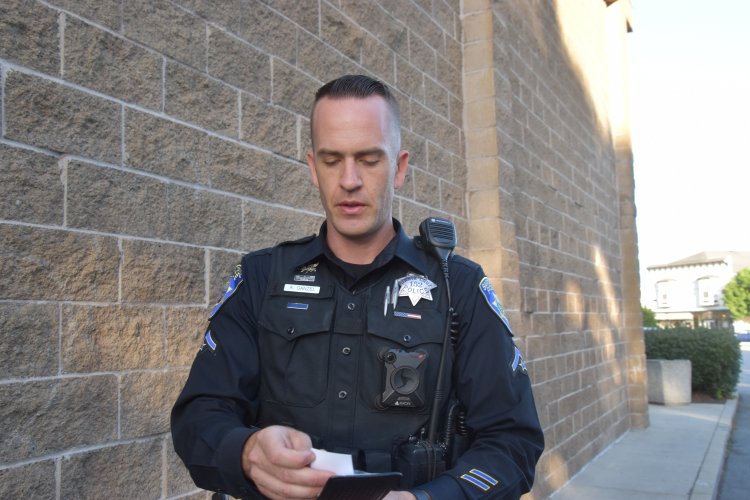 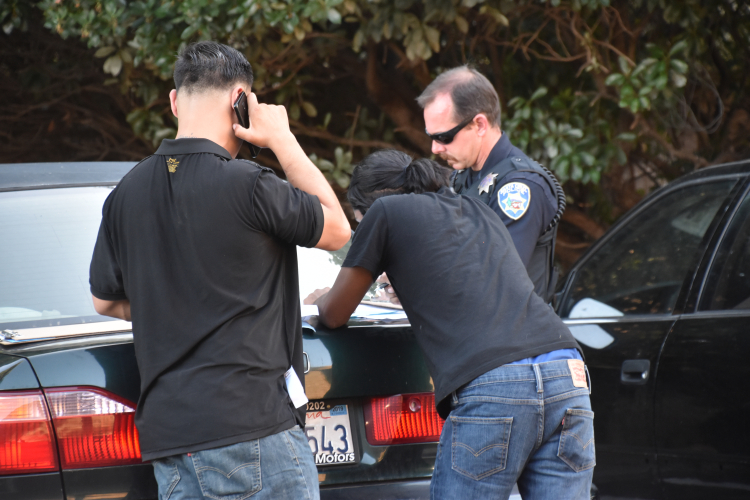 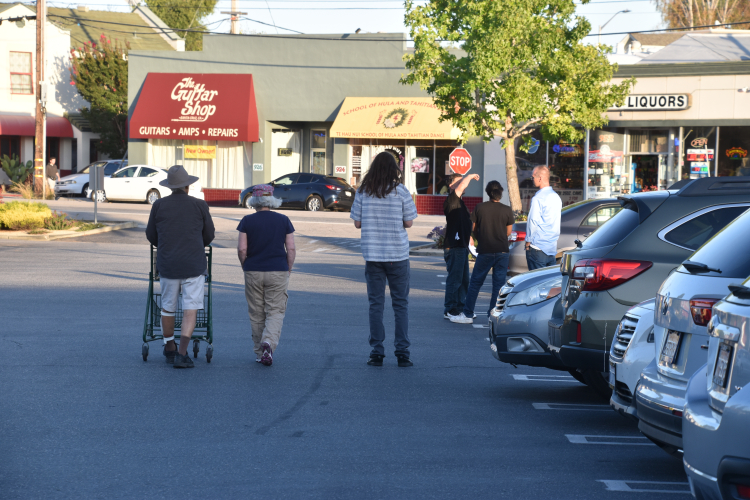 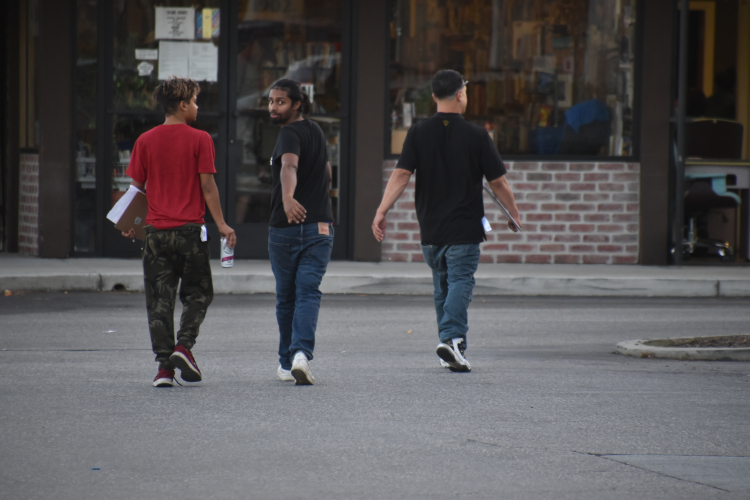 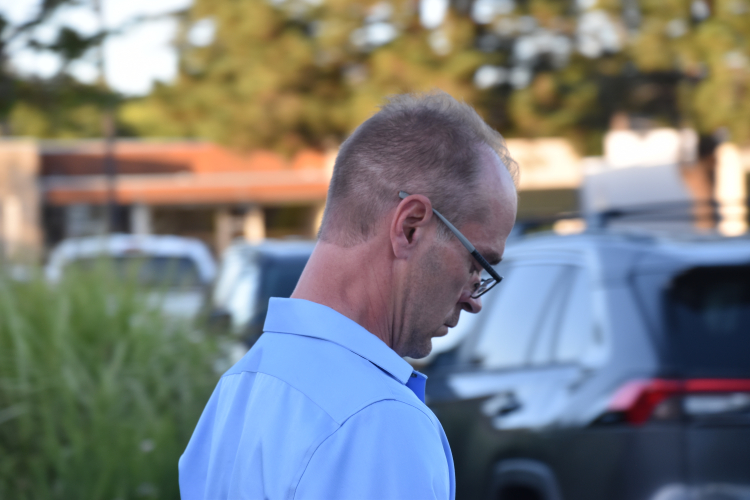