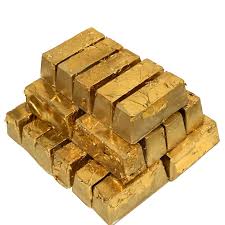 Beginning with the debates September 1849 at Colton Hall, Monterey and subsequent action October 1849, complete disenfranchisement of legal standing for all accept "white men" was canonized by the signing of the California Constitution Convention.

The entitled land ownership of Leidesdorff Ranch and many legal Gold Mining claims by people of Pan African ancestry were forever transferred with the stroke of the pen and legal redress impossible.

Between 1848 - 1855, official documents estimate well over 5 million dollars of Gold was washed from the gravel along the plentiful, Negro Gold Bar.

After California Statehood in 1850, heavy flooding along the American River and the California Fugitive Slave Act of 1852, few people of Pan African Ancestry could remain "free" residents mining along Negro Bar, California.

The Department of the California State Parks and Recreation, over a half century ago, preserved our California Gold Rush legacy by naming part of the vast Folsom Lake Recreational Area, after the mining town Negro Bar.

Today, 170 years later, on the 2019 Autumnal Equinox, American River Parkway Clean-Up Day, Folsom Community Service Day and a preview of our 170th Anniversary Gala Celebration aligned with the 170th Commemoration of the California Constitution Convention is designed to spark interest and Investment in our growing public/private partnership.

Soon, a golden shovel ground breaking Ceremony will begin a multi-phase development at Negro Bar that will raise an inclusive stature, cultural tourism and historical preservation of our California Pan African Heritage along the American River Parkway for the next 170 years against all enemies, both foreign and domestic.
Add Your Comments
Support Independent Media