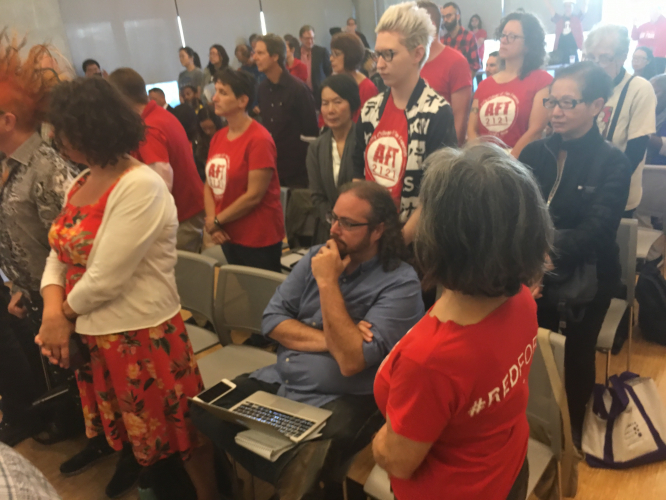 San Francisco City College Chancellor Mark Rocha who is paid more than $330,000 a year has with the support of the Board of Trustees canceled hundreds of classes. At the same time, he has proposed a major salary increase for executives at the college.

At a CCSF budget meeting on 9/19/19, he said that he has a habit of "shooting himself in the foot" but wanted to continue to increase the salaries of top executives at CCSF.

Board member Ivy Lee made a motion to have an independent audit of the salary increases. This was seconded by board member John Rizzo and this resolution will be presented at the September 26th full board meeting.

Rocha was​ supported not only by other managers but SEIU 1021 leaders at CCSF. AFT 2121 leaders, faculty, students and advocates of public education spoke out against the pay increases and mismanagement of the college. 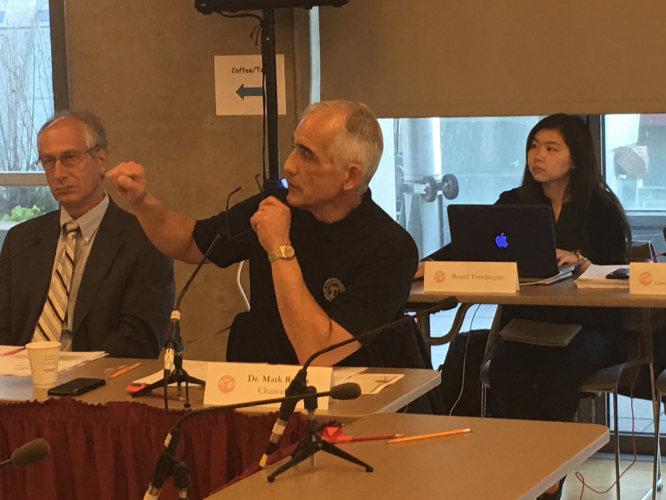 original image (4032x3024)
CCSF Mark Rocha and his executives with the support of the board of trustees has slashed hundreds of classes supposedly to be "fiscally responsible" while pushing to large increases for executive salaries.
https://youtu.be/3esO55xUlp8
§CCSF Board Member Ivy Lee
by Labor Video Project Thursday Sep 19th, 2019 5:23 PM 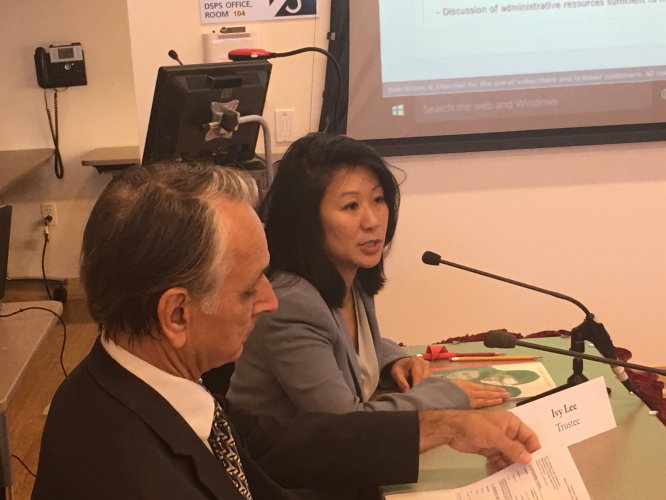 original image (4032x3024)
CCSF board member Ivy Lee wants an independent audit of the salary increases. She wants to limit the investigation of massive mismanagement of Chancellor Rocha who has a long record of lying to faculty and staff. Her motion was endorsed by CCSF Board member John Rizzo.
https://youtu.be/3esO55xUlp8
§Students Attending The CCSF Board Budget Meeting
by Labor Video Project Thursday Sep 19th, 2019 5:23 PM 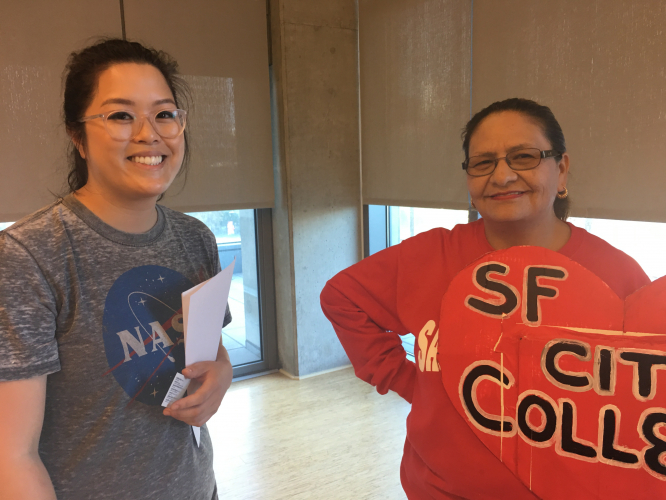 original image (4032x3024)
Students attended the special board budget meeting and spoke out against the cutbacks while increasing salaries for executives.
https://youtu.be/3esO55xUlp8
Add Your Comments
Support Independent Media
We are 100% volunteer and depend on your participation to sustain our efforts!