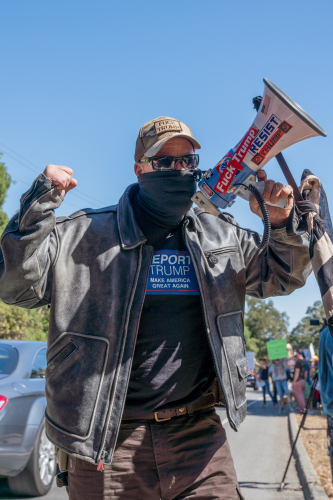 original image (1334x2000)
USA Today and others had this unbelievable quote from Trump regarding California's homeless: “In many cases they came from other countries, and they moved to Los Angeles or they moved to San Francisco because of the prestige of the city, and all of a sudden they have tents — hundreds and hundreds of tents and people living at the entrance to their office building," he said. "And they want to leave."

He made that statement on his way to the SF Bay Area on Air Force One.

Furious that Trump is using the homeless to win over conservative supporters, and of course seething about everything else he's done, protesters scrambled to locate and protest near the site of his September 17 fundraising event.

'Trump would have Californians sweep the homeless off the street and take them straight to jail, it seems," said one demonstrator. Most signs demonstrators displayed, however, just made fun of Trump and his big baby persona.

A giant Trump in diapers balloon was raised over the protest site on Alpine Rd. in the town of Portola Valley, proximate to Palo Alto Hills. The presidential motorcade drove by, as did fundraiser attendees in shuttle buses. Protesters displayed contempt not only for Trump, but also for the local residents who would attend and donate tens of thousands of dollars to his campaign.

One chant was:
Lunch Lunch Lunch — Repugnant bunch
Catered meal with wine that’s aged,
While children linger in a cage. 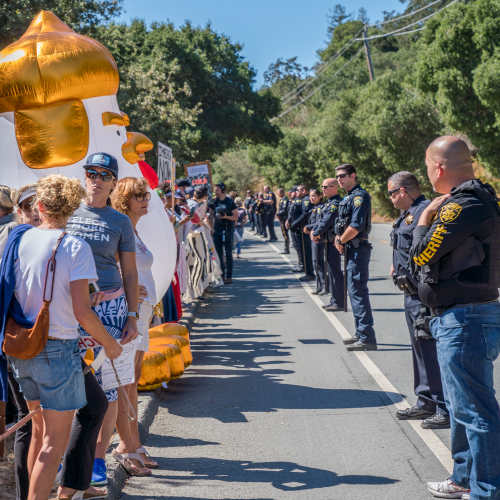 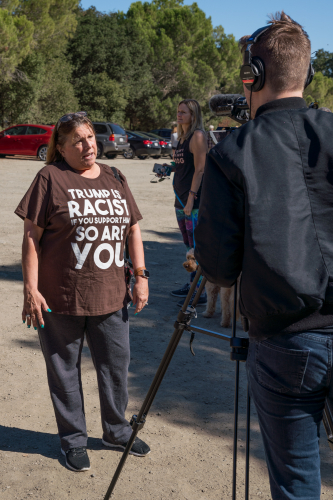 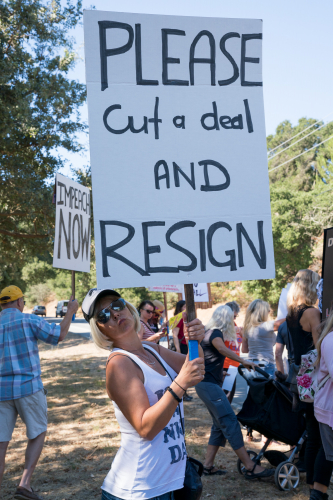 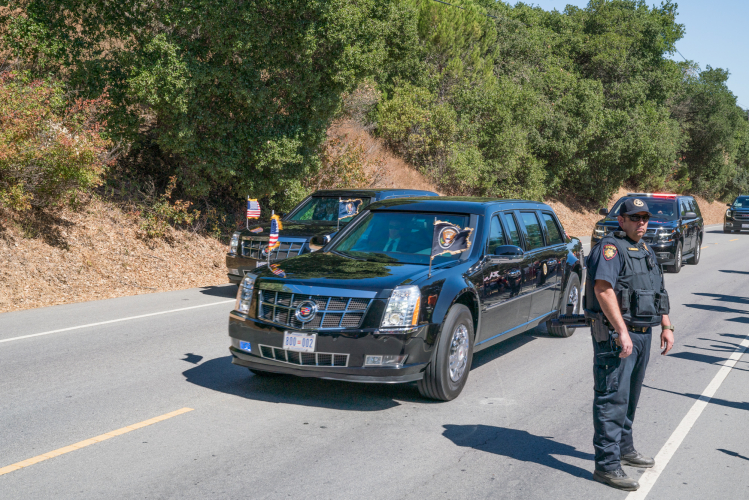 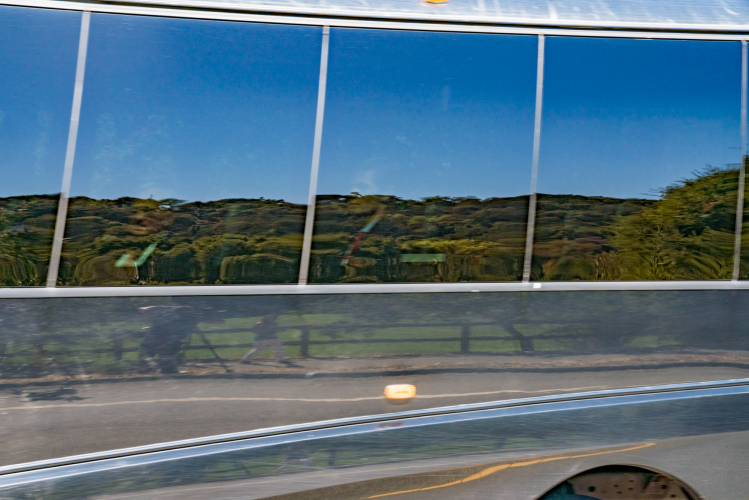 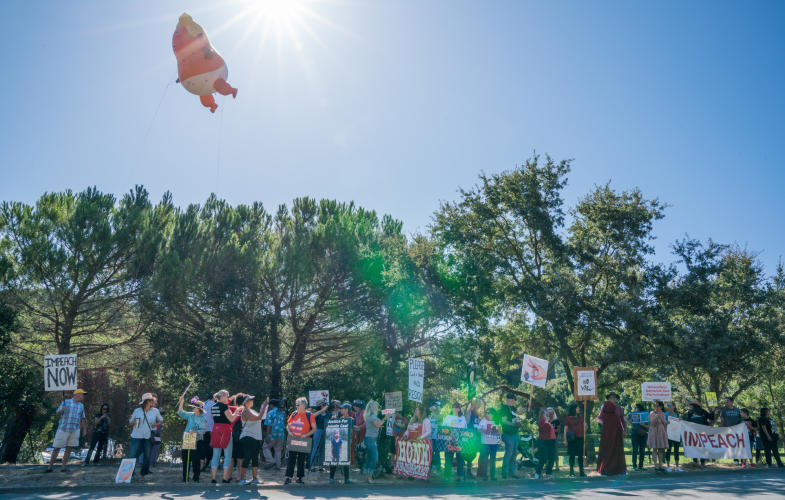 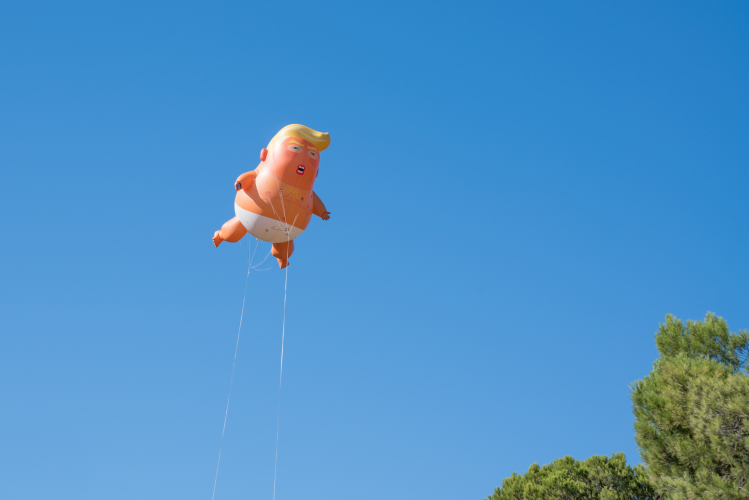 original image (2000x1334)
https://www.facebook.com/vigilfordemocracy/
Add Your Comments
LATEST COMMENTS ABOUT THIS ARTICLE
Listed below are the latest comments about this post.
These comments are submitted anonymously by website visitors.