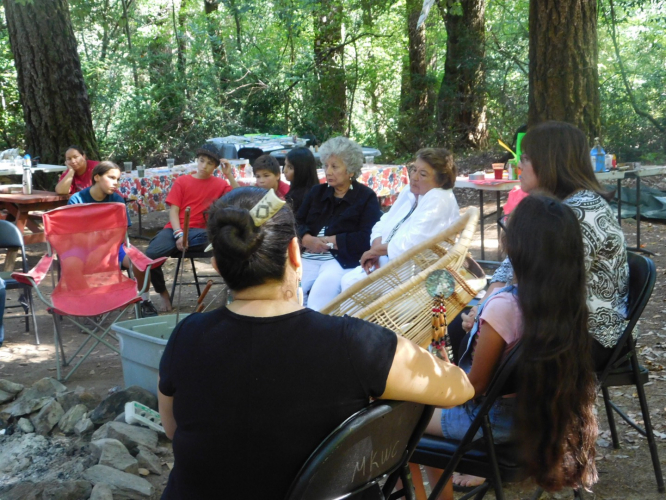 On September 14th and 15th Tribal families and youth, and other salmon dependent people from all over Northern California, converged at the Bluff Creek Resort near Weitchpec, CA to to discuss how to protect, and honor, the Klamath and Trinity River’s salmon.

Trainings and discussions focused on ways to advocate for clean water and Tribal rights, community organizing, and media skills. Families also were able to learn traditional skills such as processing salmon and stick carving, along with skills such as sign making, T-shirt screening, and river rafting. The Klamath River Renewal Corporation also gave an update on the Klamath dam removal process and timeline at the camp.

The Yurok Tribe, a co-host of the event says the camp is a way to involve more native families and youth in their work to protect the Klamath River. “Seeing how much passion our youth have for protecting the river fills me with optimism for the future. We have fought for our salmon since European contact and we will continue to fight until our rivers a filled with fish,” Joseph L. James, Chairman of the Yurok Tribe. Chairman James spoke during the camp's salmon dinner.

The Tribe has been fighting for dam removal and water for fish on the Klamath for decades, and is one of California’s only Tribes that has established fishing rights. Despite these efforts bad water management has lead to dismal salmon returns over the last five years. This has lead to issues such as poverty, food insecurity, and high suicide rates on the Yurok reservation. Attendees will discuss these dismal salmon returns over the last five years along with the is needed to improve these salmon runs.

Save California Salmon, the co-host of the event says the camp is part of a statewide effort to engage Tribal youth and others that depend on healthy fisheries populations in policy decisions that impact California rivers, including climate change decisions. They say all of Northern California’s Tribes should have the right to clean water and robust fisheries.

“Some of NorthernCalifornia’s Tribe’s have established rights to a harvestable surplus of salmon and some do not.” said Morning Star Gali, the Tribal Water Organizer for Save California Salmon. “All of them should, however no California Tribes are actually able to catch a harvestable surplus of salmon and most do not have clean water either due to policies that favor irrigators and polluters. Most of Native Californians live many hours from where the decisions that impact us are made and are not included in decision making. We aim to change this dynamic by supporting communities that want to organize for rivers and salmon and by empowering new leaders.”

Gali said that in places like Washington DC and Sacramento, decisions are currently being made that will decide the future of California’s water and fisheries. She said the Trump administration is gutting key laws like the Endangered Species and Clean Water Act, while also rewriting the plans that decide how much water goes down the Klamath, Trinity, Sacramento Rivers and Bay Delta tributaries for fisheries. She says California has public vowed to fight this attack on the environment, and has apologized for its treatment of native people, however they still moving forward with harmful new water diversions, dam, and oil development projects despite the fact that it is predicted that the water in the Central Valley will be too polluted to be usable within 50 years and that 45% of fish populations in the state are facing extinction.

“It is time for California to change course and really respect the basic human right to clean water and a livable planet, along with California Tribe’s rights to healthy abundant fisheries.” said Gali “It is time to think about future generations.”

Gali said Save California Salmon is hoping to work with the Klamath River Tribes to make the camp an annual event, and hopes to help host similar camps in the Sacramento River watershed and on and North Coast next year. 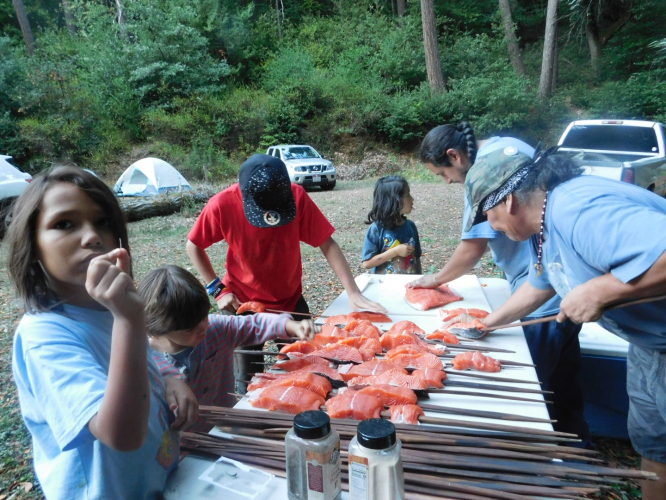 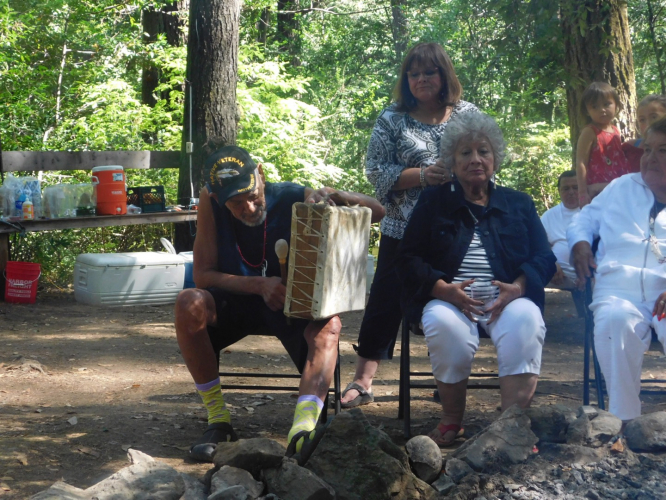 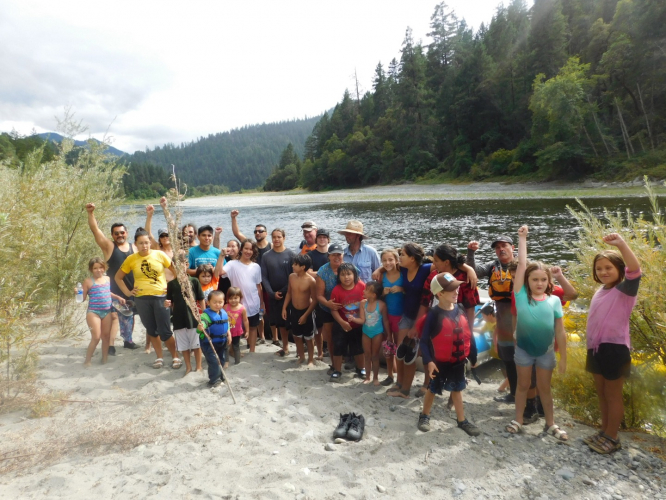 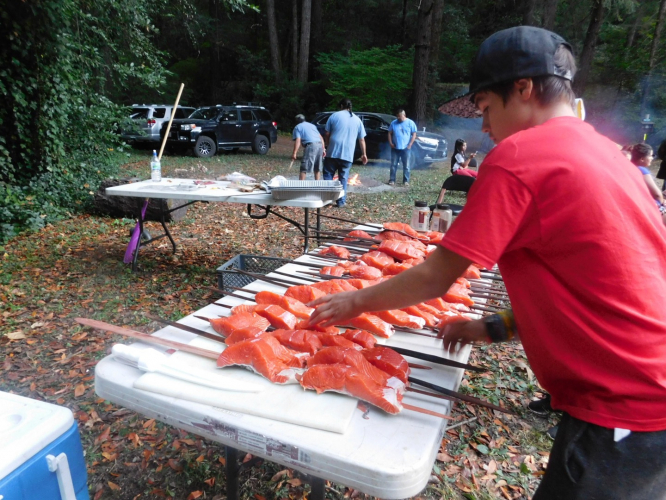