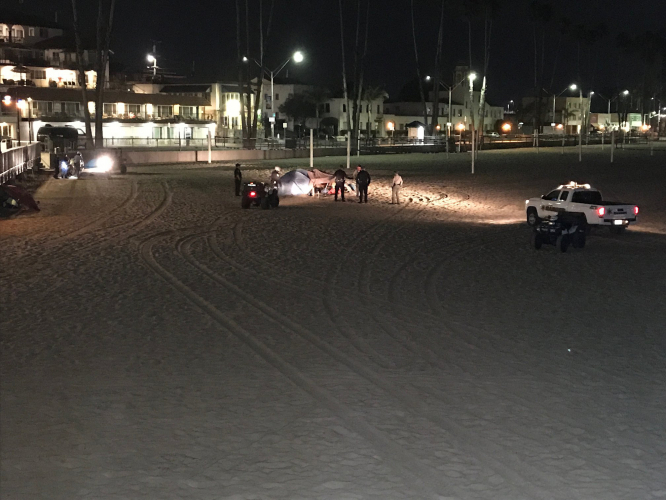 original image (2016x1512)
In response to the above photo of last night's eviction of the homeless, which was posted by the Santa Cruz Police Department on social media, one local resident wrote:

"Glad you can be there to shoo them away but turn a blind eye when I had a belligerent neighbor blasting music and bashing things at 3am while living nearby in the Beach Hill neighborhood. Weird flex to share this photo on social media but OK."

One homeless services provider, who has been monitoring the situation at Main Beach very closely over the past several weeks, was also critical of the curfew. Today he summed up the situation:

"Let's be clear, there were no authentic public safety reports that indicated that any of those camping had any responsibility to what city department heads reported to city council in order to enact a beach curfew. This was completely fear-based and there is no fallback for people to go to now. The Salvation Army shelter has remained full, not that these people would have any interest in traditional shelter. Tonight, these very same people will now be camping in and around Santa Cruz."

The new Main Beach curfew expires in six months, however for similar reasons in 2013, the Santa Cruz City Council voted to implement the same curfew hours on Cowell Beach, and that curfew is still in effect to this day. Cowell Beach is just across the wharf from Main Beach.
§Police Photo of Tents on Main Beach
by Santa Cruz News Monday Sep 16th, 2019 2:54 PM 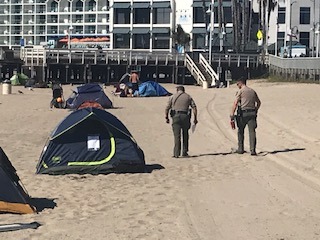 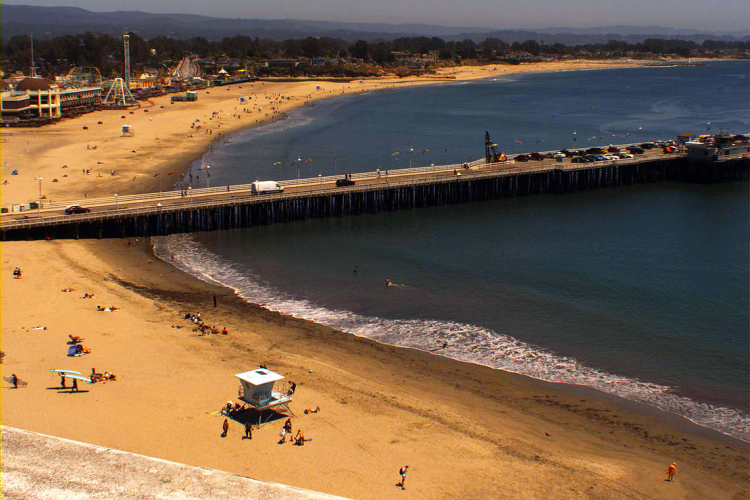