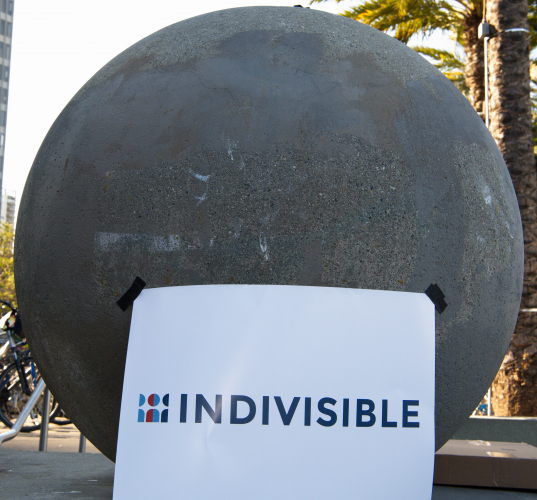 Activists from SFI (San Francisco Indivisible) met the crowd ending their Friday work day with a cutout of the Statue of Liberty, posters demanding to "defund hate" and a map of the world where anyone could mark the country they came from.

The map, with the heading "We All Belong", was quickly filled with colored pins as friendly passers-by placed a pin on the part of the world they were from.

As protesters handed out leaflets to the rushing crowd, numerous people approached a table offering t-shirts and literature and inquired about future actions they might join.

Indivisible, "inspired" by Trump's ascension to power, was originated as a Google Doc called The Indivisible Guide, by some former congressional staffers. Chapters have since been launched throughout the country and are now central to the resistance against the depredations of the Trump regime. 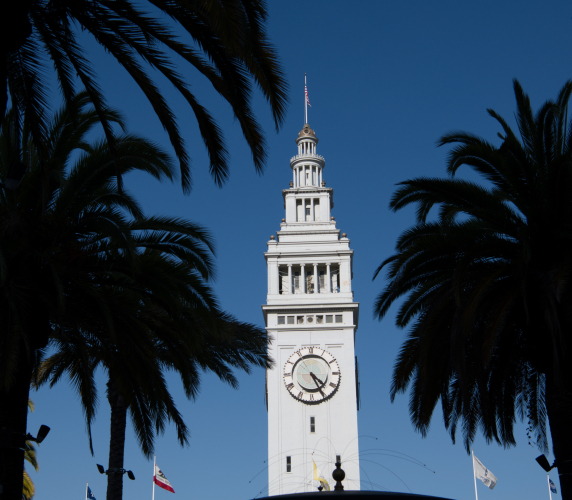 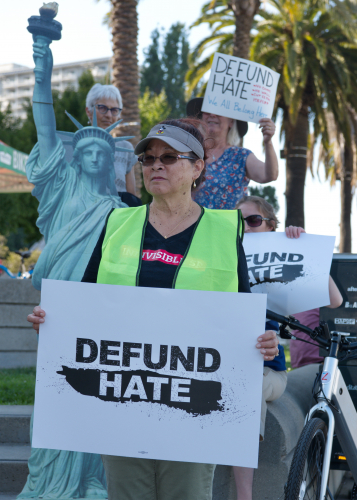 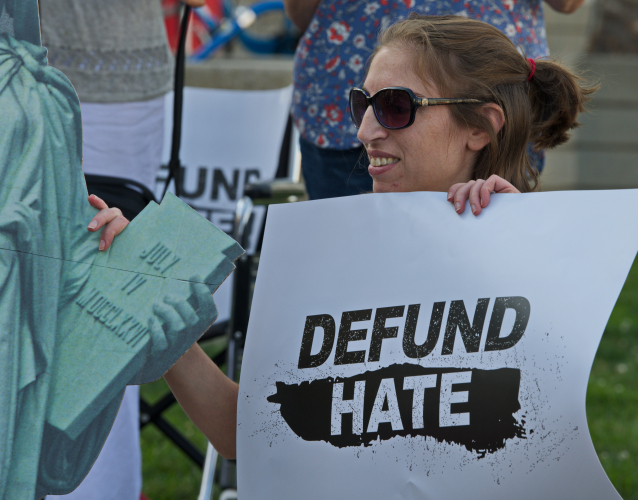 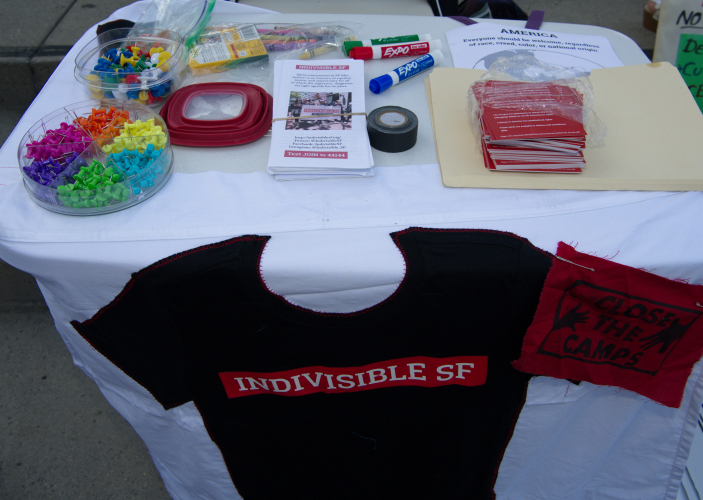 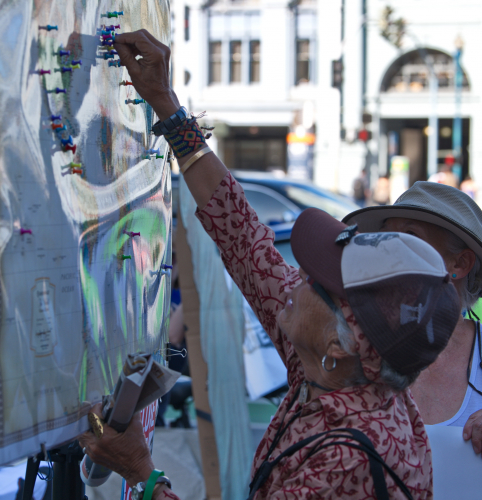 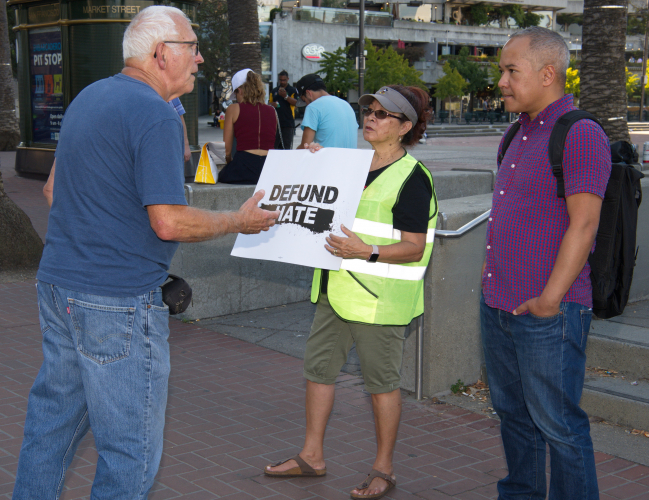 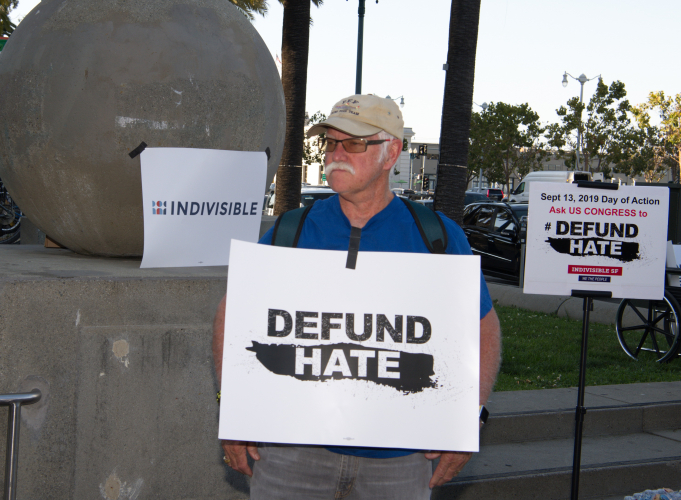 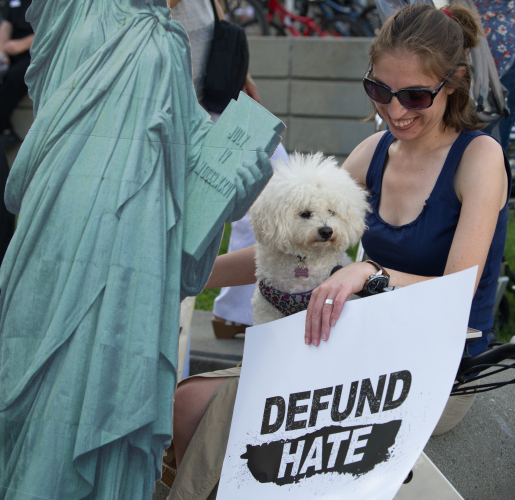 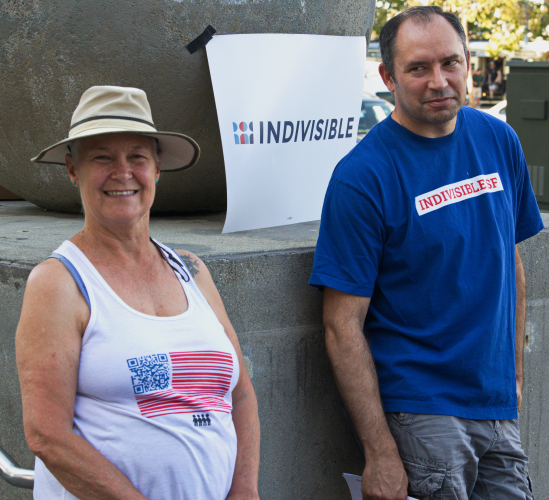 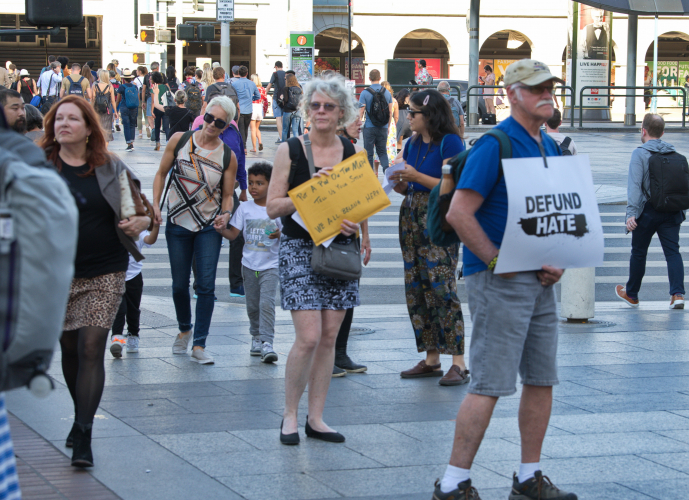 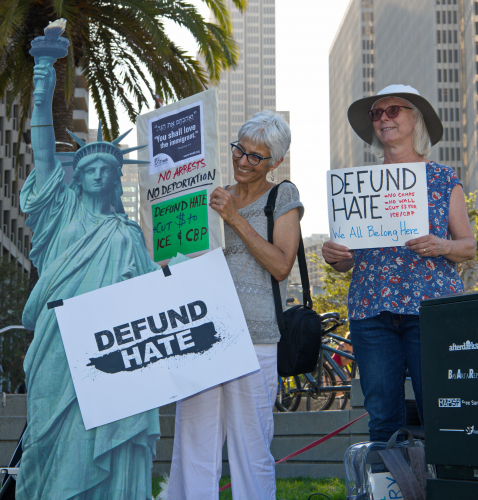 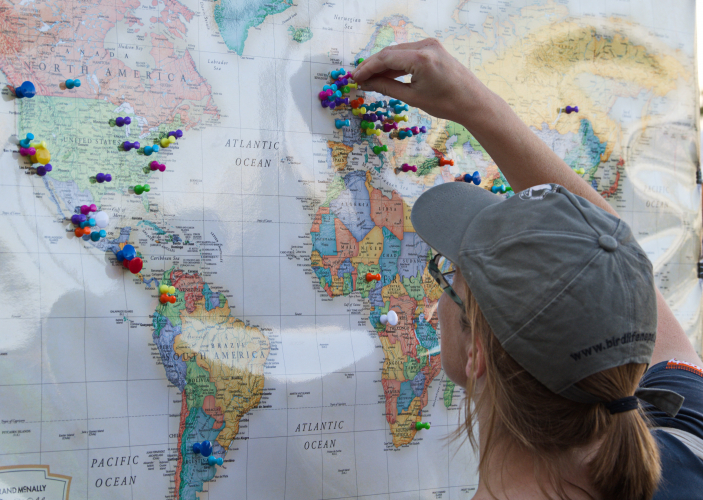 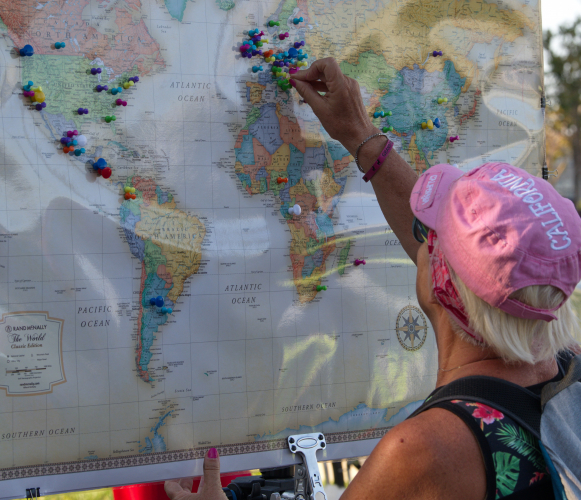 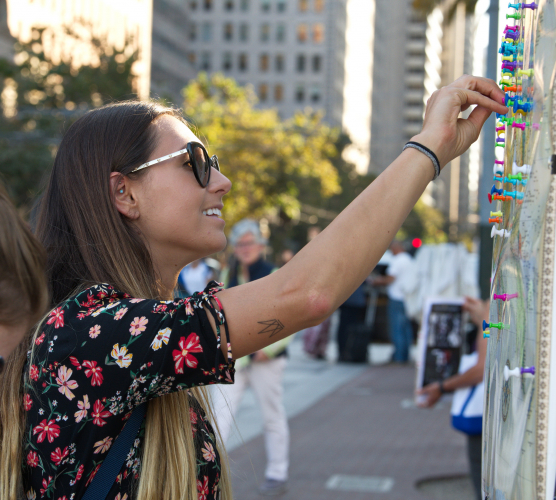 original image (2392x2150)
https://kunstena.smugmug.com/Politics/Demo...
Add Your Comments
Support Independent Media
We are 100% volunteer and depend on your participation to sustain our efforts!