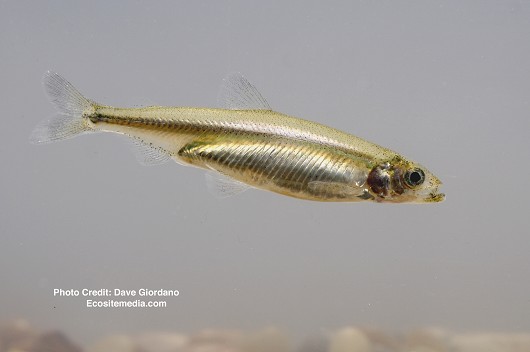 Kearns & West, the same consultants that oversaw the "public process" for the privately-funded Marine Life Protection Act (MLPA) Initiative to create "marine protected areas" in California, on August 29 announced the extension of public meetings for the State Water Project Amendment for the Delta Tunnel.

“The Department of Water Resources (DWR) and the State Water Project (SWP) Contractors will extend negotiations for the proposed amendments to the SWP water supply contracts further into September 2019,” wrote Kearns and West for DWR. “The public negotiation process is expected to result in an Agreement in Principle (AIP) among DWR and the SWP Contractors that describes a methodology for cost allocation and the related matters that would be the basis of a contract amendment if a project is approved and after all necessary environmental review. Environmental analysis of the proposed amendments and of the underlying Delta conveyance facility itself, in accordance with the California Environmental Quality Act, as well as the development of actual contract amendment language would follow development of the AIP.”

“DWR has opened negotiations to the public to allow the opportunity to observe and provide comments to DWR at the end of each negotiation session. Written comments may also be submitted within seven (7) calendar days following each negotiation session. The process that DWR will follow to enable members of the public to observe and comment on the negotiations will be consistent with the "Principles Regarding Public Participation Process in SWP Contract Negotiations," which were approved as part of the settlement agreement reached in the case titled, Planning and Conservation League et al.v. Department of Water Resources, 83 Cal.App.4th 892 (2000),” they said.

Please contact Brian "BG" Heiland at (916) 653-4547 or by e-mail at Brian.Heiland [at] water.ca.gov if you have any questions or need additional information.”

The use of Kearns and West as facilitators shows the continuing deep connections between the MLPA Initiative process under Governors Jerry Brown and Arnold Schwarzenegger and the Delta Tunnel process under Governor Gavin Newsom. You cannot really understand the Delta Tunnel process without understanding the MLPA Initiative process.

To read about the deep ties between the Delta Tunnel and the MLPA Initiative, go to: http://redgreenandblue.org/2017/10/12/alarming-ties-jerry-browns-delta-tunnels-faux-marine-protected-areas/

According to the Kearns and West website, “Kearns & West offers a spectrum of services to help our clients identify and connect with the people that lead to project success. Whether it is facilitating complex processes for public involvement, providing neutral conflict resolution services to chart viable solutions, or increasing visibility by strategically putting messages in context before the right audiences, Kearns & West offers expertise and a diverse toolset to help our clients achieve their goals. Learn more about our services.

During the public comment period at the first negotiations meeting in Sacramento on July 24, Caleen Sisk, Chief of the Winnemem Wintu Tribe, posed a number of questions and comments to DWR officials and the negotiators, including a question on when tribal water rights, which have not been discussed by the state and federal governments in previous or current Delta Tunnel planning, will be finally discussed.

First, Chief Sisk asked, “How and when will the California Environmental Water Quality Act (CEQA) and AB 52 be considered?”

Assembly Bill 52, signed by Governor Jerry Brown on September 25, 2014, created a new category of environmental resources that must be considered under the California Environmental Quality Act: “tribal cultural resources.”

Second, Chief Sisk asked if a “Delta smelt revitalization plan” would be considered as part of the negotiations.

Third, Sisk said improved water flows are needed for salmon spawners and fry on the Sacramento River and its tributaries.

Fourth, she said they needed to consider discuss an “invasive plants eradication plan” for the Sacramento River.

Fifth, Chief Sisk, emphasized, “We need to discuss Tribal Water Rights. When can this be discussed?”

After speaking, Chief Sisk told me about the Tribe’s continued opposition to the Delta Tunnels. “I don't think we need one tunnel to dig up the Delta because we don’t know what we will get when we dig up the Delta,” she noted.

“Our belief is that Mother Earth made the Delta the way it is because it is a fully functional and perfect system. By digging the Delta up, we don’t know how it will end up. You don’t want to ruin a perfect system for an imperfect project. You can’t negotiate a perfect system. Once we dig up the Delta, you can’t return it to its natural state,” stated Sisk.

Deirdre Des Jardins of California Water Research expressed her concerns that the Department of Water Resources has rescinded performance standards for the Delta Tunnel project.

“The public water agencies have made a first offer that includes setting the Delta tunnel capacity and alignment,” said Des Jardins. “But as public water agencies, you should be concerned that the performance standards for the Delta tunnel project have been rescinded. The performance standards included requirements that the facilities be designed to withstand a maximum earthquake in the Delta, and to have a 100 year lifetime.”

She said the deletion of the requirement for a 100 year lifetime is of “major concern” because of the sea level rise forecasted by climate scientists.

You can read her blog at: cah2oresearch.com/2019/08/06/dwr-rescinds-engineering-performance-standards-for-delta-tunnel/

Other members of the public present for the meeting included Bob Wright, Senior Counsel for Friends of the River; Mike Brodsky, Counsel for the Save the Delta Alliance; and Charlotte Allen for the Sierra Club California.

Process is turned upside down

After the meeting, Wright said, “DWR made it clear at the outset that this process is being done separate and in advance of the CEQA process and the Governor’s water resilience portfolio process.”

“In other words, the process is upside down in terms of doing as much as possible to, before rather than after, learning from the CEQA and water resilience portfolio processes, whether there is any real need for a water tunnel project, and if so, whether the economic costs and/or environmental harms outweigh any benefits from such a project,” said Wright.

“The Contractors seek an agreement in principle that would include a definition of the project to include capacity, and general configuration including alignment, number of intakes, tunnels, pump stations, and so forth. They include language at the end that DWR and the Contractors would retain discretion under CEQA to consider and adopt alternatives, including not going forward with the project. Returning to reality, the Contractors, seek an in advance agreement on what they want prior to even starting the CEQA process and prior to completing the Gov.'s water inventory and assessment, and water resilience portfolio process,” he stated.

The  Delta Tunnel that Governor Gavin Newsom, San Joaquin Valley agribusiness interests and the Metropolitan Water District of Southern California support is likely to hasten the extinction of Delta smelt (if they don’t become extinct in the wild before then) longfin smelt, winter-run Chinook salmon, spring-run Chinook salmon, Central Valley steelhead, green sturgeon and other species.

The spring 20-mm study monitors post larval-juvenile Delta Smelt distribution and relative abundance throughout their historical spring range in the Sacramento-San Joaquin Delta and San Francisco Bay Estuary, according to the CDFW.

According to independent fisheries biologist Tom Cannon in his California Fisheries Blog on the California Sportfishing Protection Alliance (CSPA) website, the Late April and early May 20-mm surveys “provide an excellent picture of the status of Delta smelt population in the estuary.”

“The outlook for the Delta smelt population remains grim after these lows. Despite good conditions in spring 2018 and 2019, the severely depressed number of adult spawners indicates a continuing weak potential for recovery,” Cannon concluded.

UC Davis Professor Emeritus Dr. Peter Moyle and other fisheries scientists say they don’t have an easy answer for the Delta smelt’s precipitous decline, particularly in 2017, a record water year when biologists would have expected a rebound. But fish advocates and independent scientists attribute the collapse of Delta smelt and other fish on the export of big quantities of water to agribusiness and Southern California water agencies by the state and federal pumping facilities in the South Delta over the past 50 years.

“We know what fish need,” said Bill Jennings, Executive Director CSPA. “Fish prosper when they have adequate flows and quality water. They suffer when they don’t. The question is how do we get them to survive on less water of poorer quality than they evolved with for thousands of years. The answer appears to be they can’t.”

The Delta smelt, found only in the Sacramento-San Joaquin Delta, is an indicator species that demonstrates the health of the San Francisco Bay Delta, the largest estuary on the West Coast of the Americas. If the smelt goes extinct, other West Coast fish species are likely to follow.

For more information on the fall 2018 midwater trawl survey, please read my article in the Sacramento News and Review: http://www.newsreview.com/…

Photo: Delta Smelt, Adult (swimming), UC Davis Fish Conservation and Culture Lab, Byron, CA (largely funded by the California Department of Water Resources) May 15, 2008
Add Your Comments
Support Independent Media
We are 100% volunteer and depend on your participation to sustain our efforts!