Newswire
Calendar
Features
Home
Donate
From the Open-Publishing Calendar
From the Open-Publishing Newswire
Indybay Feature
Publish to Newswire
Add an Event
Related Categories: San Francisco | Anti-War
During Global Month of Action For Yemen, SF Protesters Make Demands of Pelosi
by End the Genocide in Yemen
Thursday Aug 29th, 2019 1:26 PM
As separatists and government-backed forces battle for control of the Yemeni capital, innocent civilians suffer. Yemeni-Americans and allies gathered in front of San Francisco's federal building on August 16 with a message for Nancy Pelosi. 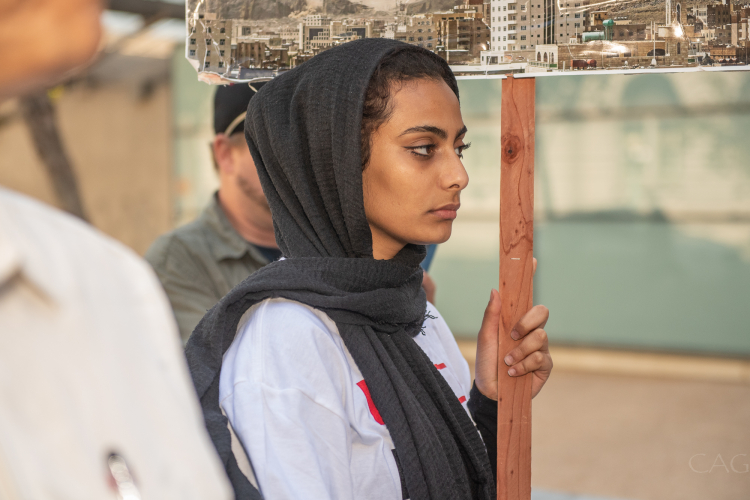 original image (2000x1333)
While Congress is deciding what amendments will stay in the National Defense Authorization Act (NDAA), which authorizes Pentagon spending, outside Nancy Pelosi's office in San Francisco activists demanded Speaker Pelosi do everything in her power to end U.S. participation in the brutal Yemen war.

The U.S. has given a Saudi-led coalition a range of military aid to attack Yemen, including refueling for Saudi planes that bomb civilians, satellite information for bomb targeting and U.S. military forces who work with the Saudis.

The August protest in San Francisco was part of a US wide Global Month of Action For Yemen, commemorating a year since the bombing of a school bus killing 40 Yemeni school children. Raising large banners and projecting their voices through megaphones, rally speakers said they want the House-Senate conference on the NDAA to include the Smith-Khanna amendment to end all U.S. participation in the Saudi-UAE war in Yemen and the Malinowski amendment to stop bomb sales to Saudi Arabia. They called on Pelosi to lead the House in progressive foreign policies as regards the war in Yemen.The NDAA is expected to be finalized by mid-September.

The conflict in Yemen began in 2014. The fighting in the Arab world’s poorest country has killed thousands of civilians and created the world’s worst humanitarian crisis, leaving millions suffering from food and medical supply shortages. 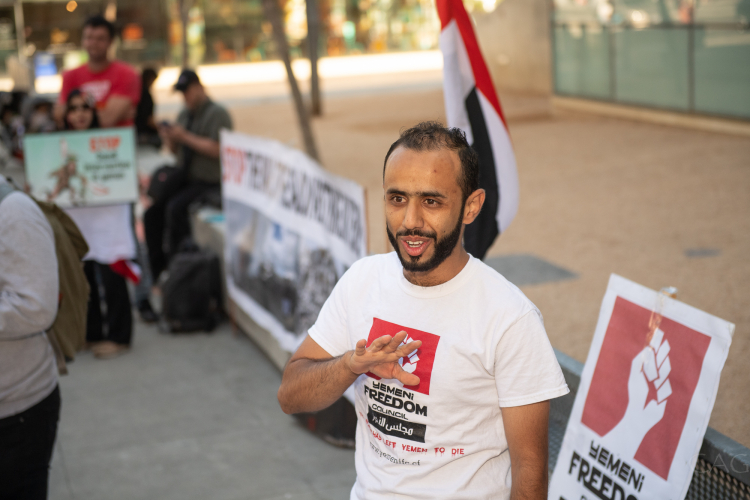 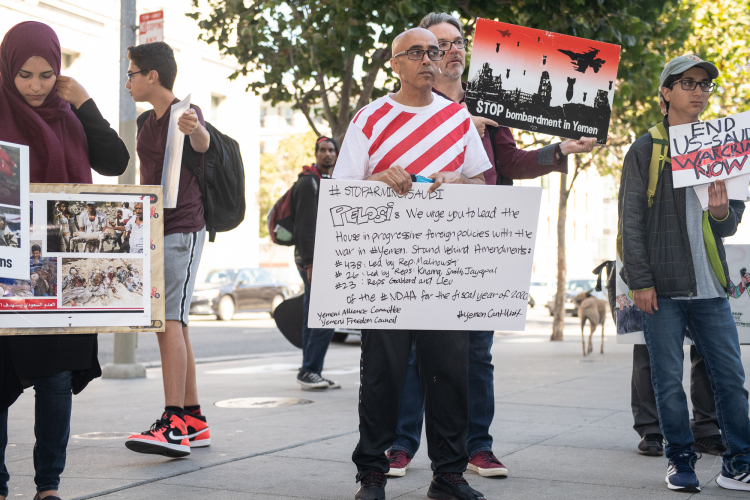 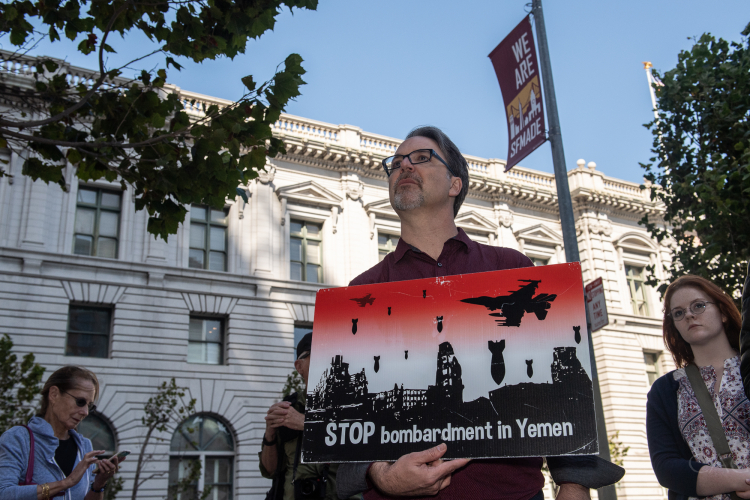