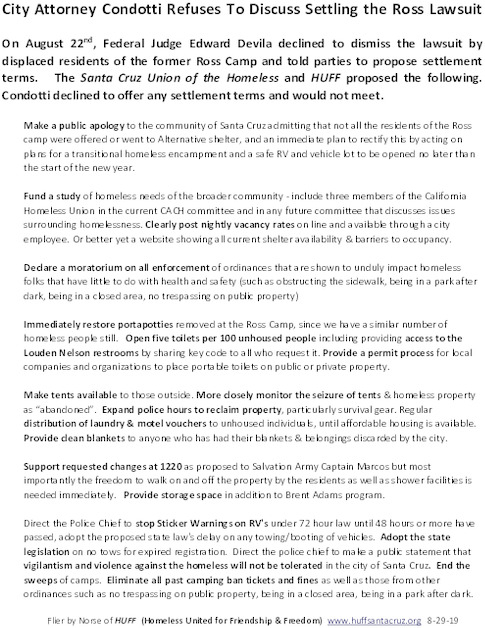 Download PDF (631.3KB)
This flyer presents the proposals made and rejected by the City Attorney without any discussion publicly or in open City Council session. And without comment from any Councilmember, including the "Progressive" faction.
§Larger (Double-sided) Version for Flyer Distribution
by Robert Norse Thursday Aug 29th, 2019 8:49 AM 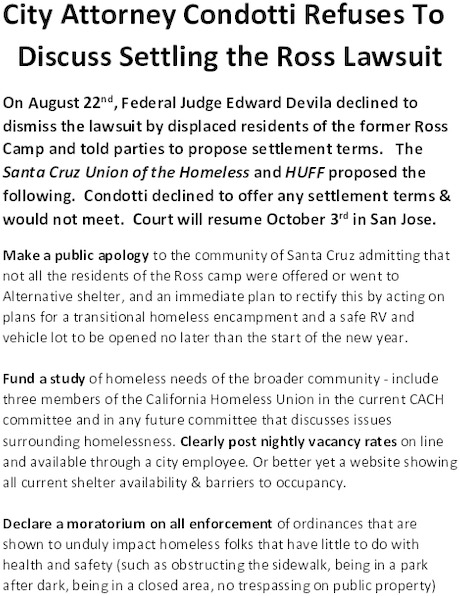