Newswire
Calendar
Features
Home
Donate
From the Open-Publishing Calendar
From the Open-Publishing Newswire
Indybay Feature
Publish to Newswire
Add an Event
Related Categories: Peninsula | Immigrant Rights
Protesters Force Palantir to Empty HQ
by Fight for What's Right
Tuesday Aug 27th, 2019 2:19 PM
Palantir, the secretive $20 billion data-analysis company whose work with ICE has even led some of its own employees to make a fuss, succumbed to the power of protesters on August 23. The main office at 100 Hamilton, Palantir's world headquarters, was emptied in advance of the arrival of demonstrators. 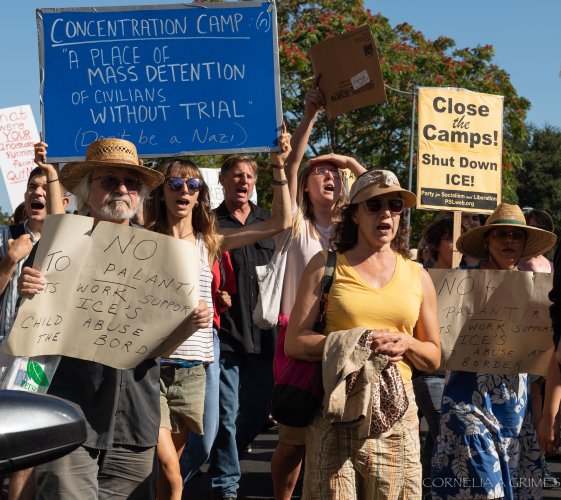 original image (2000x1780)
Slate.com recently reported that Stanford students no longer wish to interview for jobs with Palantir upon graduation. Bloomberg revealed that Palantir has struggled to convince some potential recruits because of concerns about how authorities use its products. Add to that regular protests on the streets in front of its property and it adds up to one thing. Palantir has got problems.

By telling employees at its headquarters to vacate the building, Palantir amplified the message protesters brought to Hamilton Ave. in Palo Alto last week. In the off chance that a few were still hanging around, and to the delight of local and international reporters, demonstrators made much noise in downtown Palo Alto.

Hundreds of voices were raised in shouts and song. Speakers, including Tracy Rosenberg of Oakland Privacy, called it as it is. Rosenberg said that Palantir is automating white supremacy and automating ethnic cleansing.

Palantir co-founder Peter Thiel has denied the extent of its involvement with ICE in the past. With a brand new contract, the company's commitment to participating in the unconscionable treatment of immigrants is exceedingly clear. Protesters reacted to last week's renewed contract announcement swiftly, and without mincing words.
https://slate.com/technology/2019/08/stanf...
§Marching with Banners
by Fight for What's Right Tuesday Aug 27th, 2019 2:19 PM 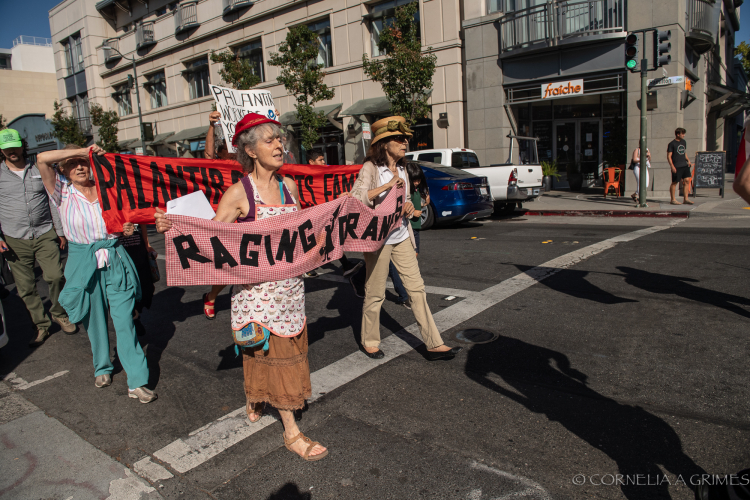 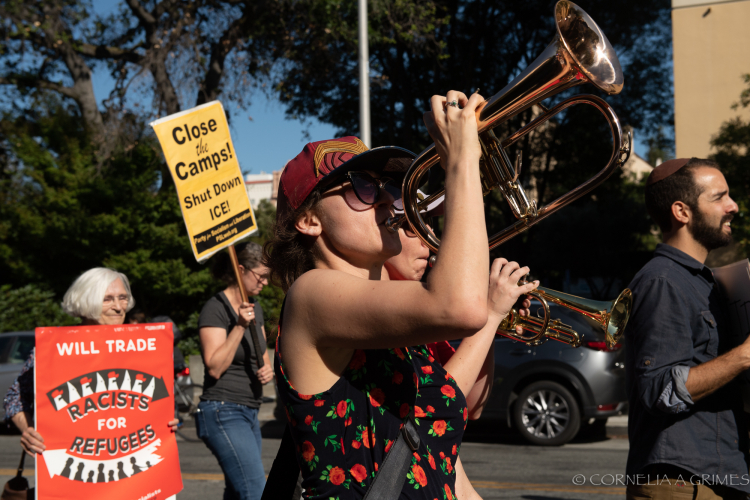 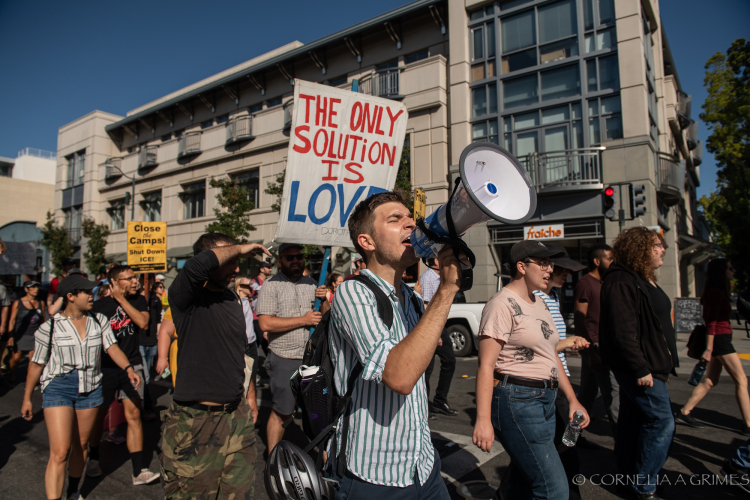 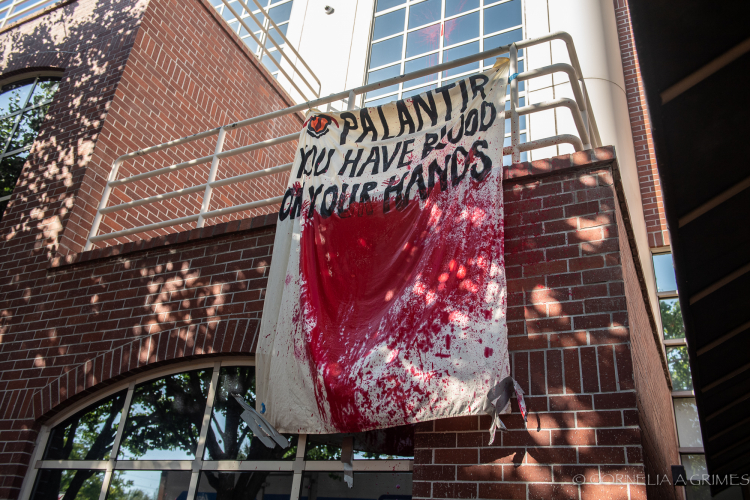 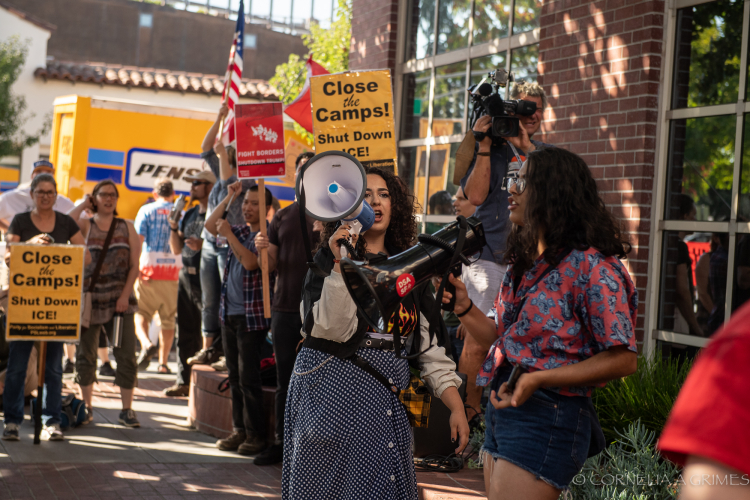 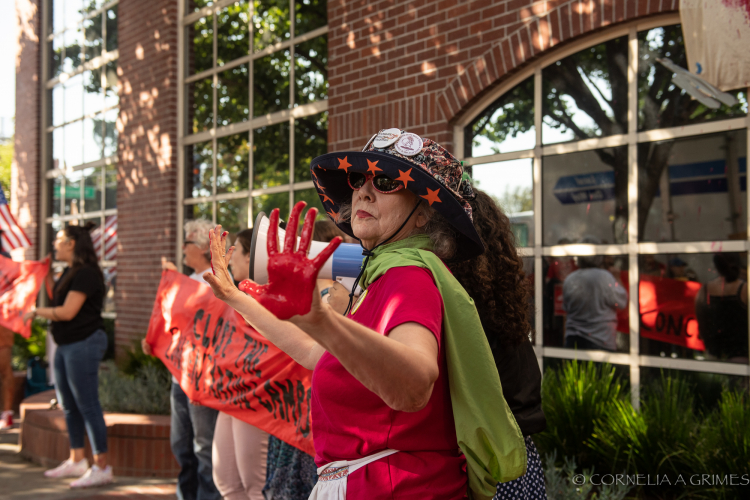 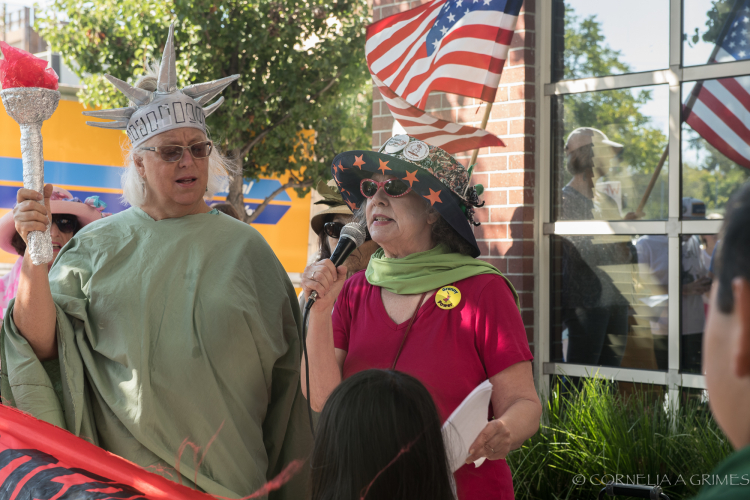 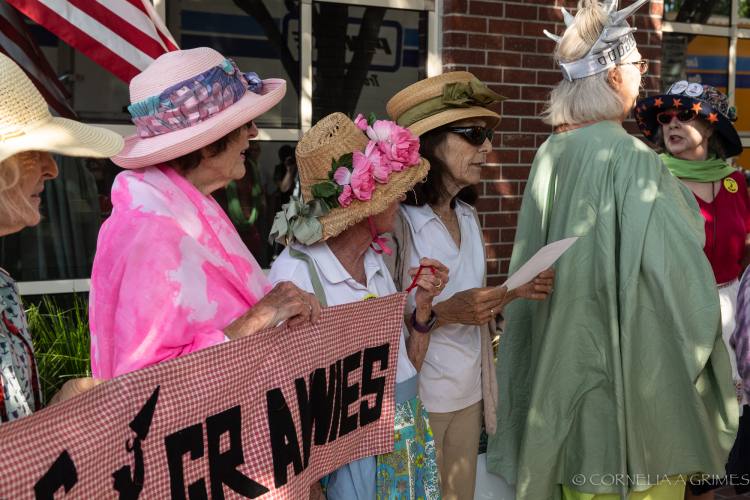 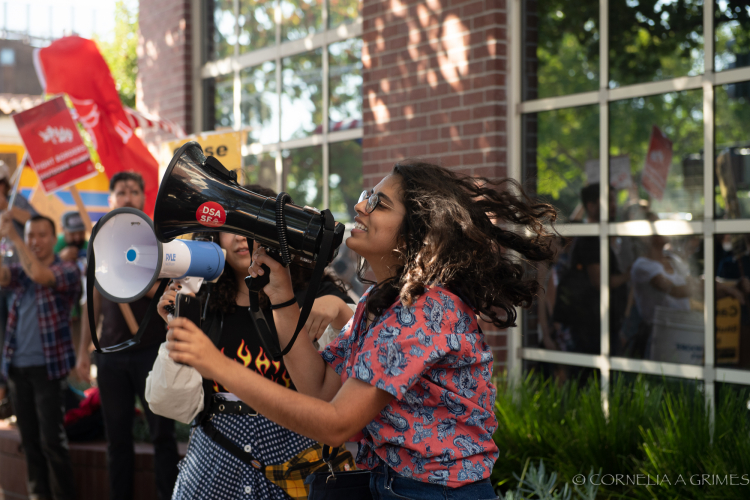