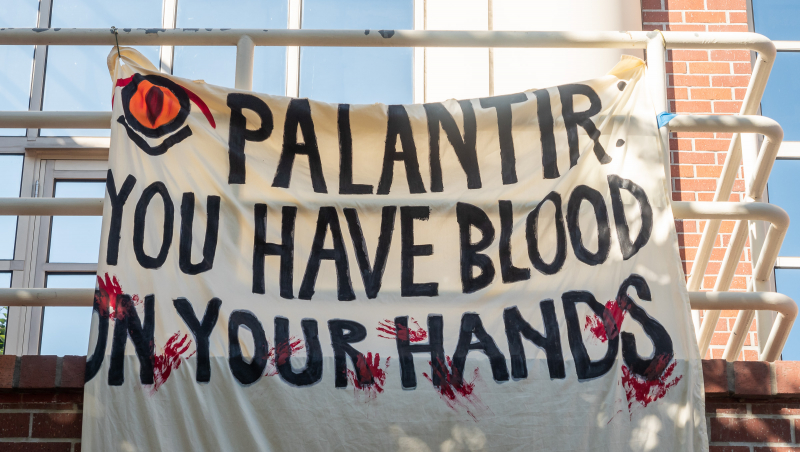 original image (2400x1358)
The Coalition to Close the Concentration Camps--Bay Area (CCCC-BA) says its members and allies fought for months to #DROPICECONTRACTS. CCCC-BA called Palantir's ICE contract renewal a "slap in the face of the families affected that risked arrest to come forward and a direct escalation of the fascist state’s attack on immigrants."

Demonstrators gathered in front of emptied headquarters on Hamilton Ave. Palo Alto for a brief rally...they then marched through the the major streets of the downtown area chanting and shouting all the way. They stopped traffic over many blocks during the rush hour period and were applauded by cheers from some of the onlookers.

During the march, in an act of civil disobedience, protesters climbed ladders to attach banners that billowed from Palantir balconies. The theme "Palantir: You've Got Blood on Your Hands" was enhanced with blood red paint splatters and red hand prints along the sidewalk in front of the building. Marchers returned to the HQ to continue with speeches and chanting. Two people were temporarily detained by police but there were no arrests.
§Attaching banner to Palantir HQ balcony
by R.R. Tuesday Aug 27th, 2019 10:36 AM 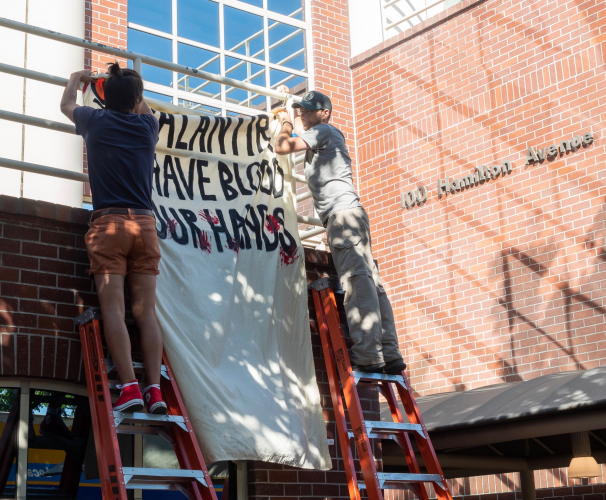 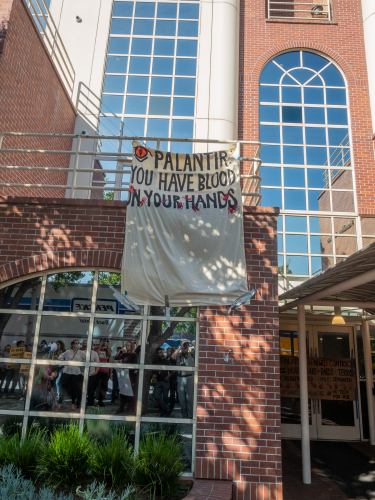 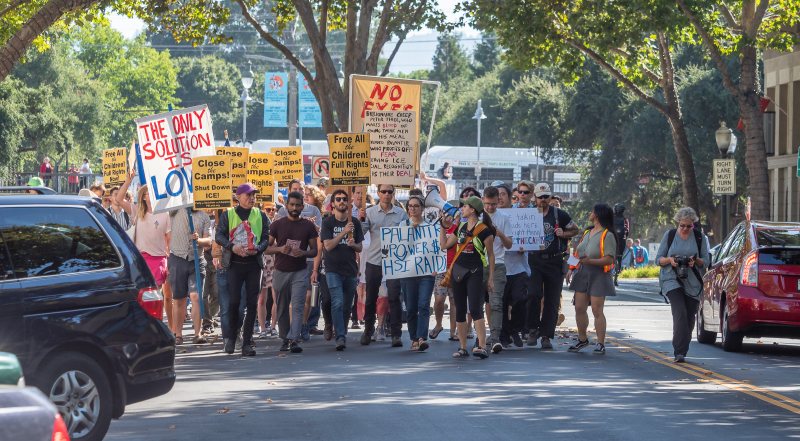 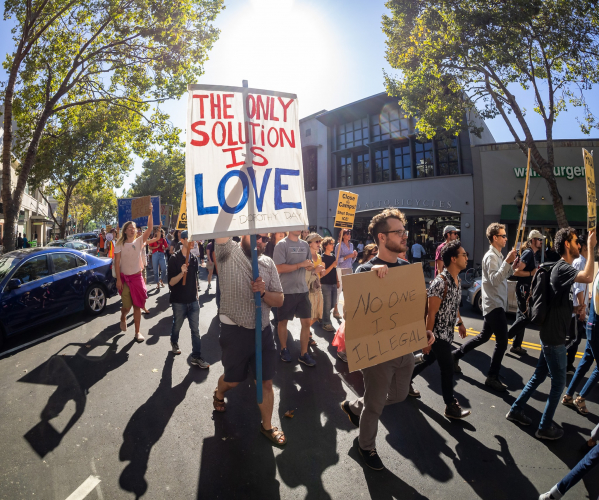 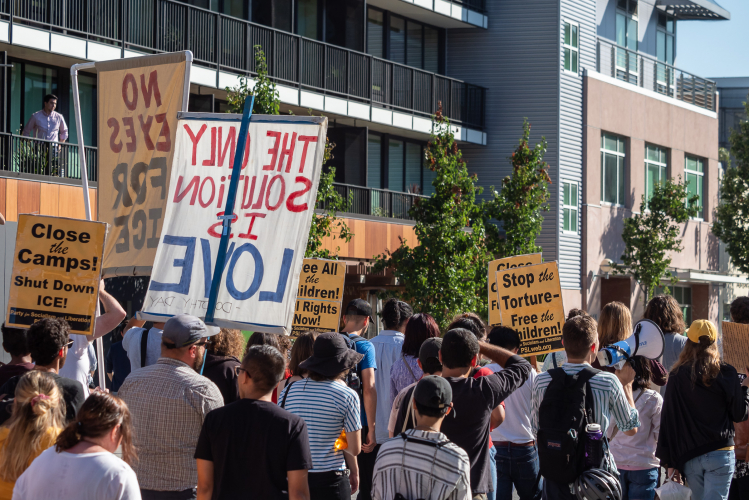 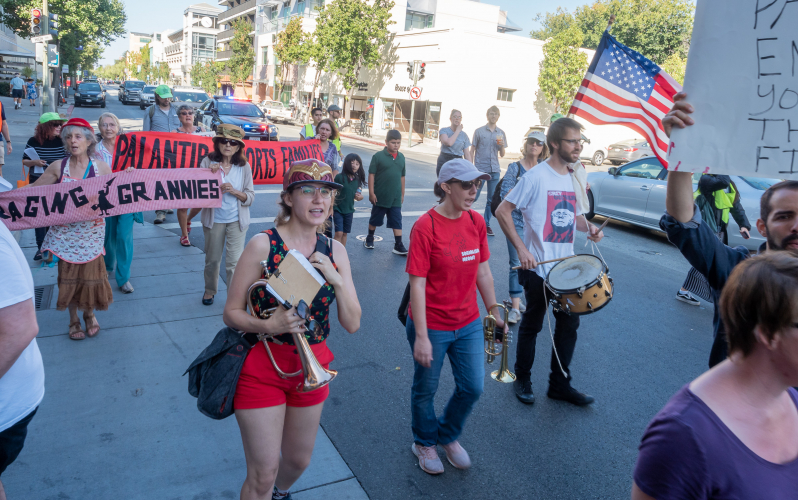 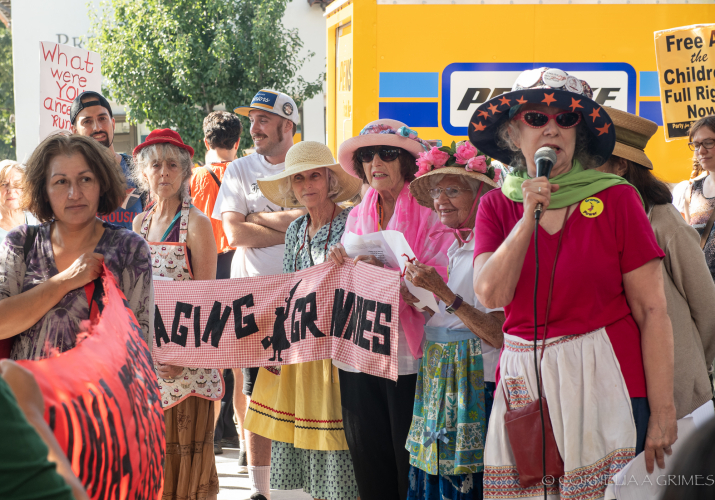 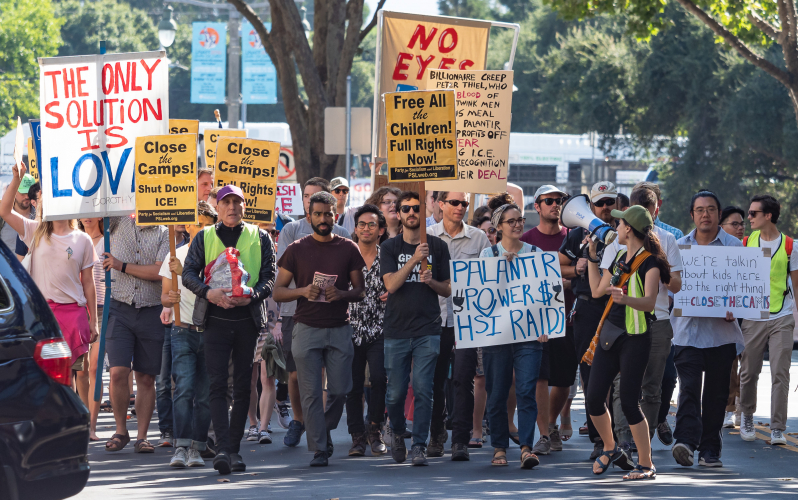 original image (2400x1503)
Add Your Comments
Support Independent Media
We are 100% volunteer and depend on your participation to sustain our efforts!