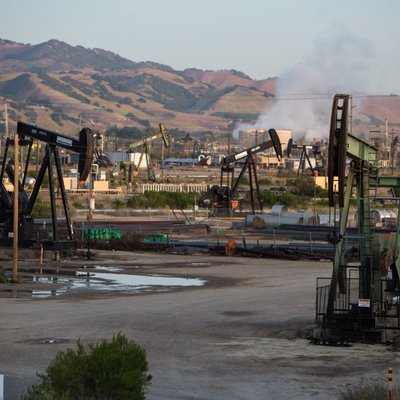 In February of 2017, I reported on how the Trump administration granted requests from Government Jerry Brown’s regulators to exempt three aquifers near the Fruitvale, Round Mountain and Tejon oilfields in California’s Kern County from the federal Safe Drinking Water Act.

According to Kassie Siegel of the Center for Biological Diversity at the time, approval of these “aquifer exemption” applications by Trump’s Environmental Protection Agency (EPA) “gives oil companies permission to dump contaminated waste fluid into these underground water supplies.”

“Gov. Brown’s legacy will be deeply tarnished by this deplorable decision to let the most anti-environmental administration in history decide the future of California aquifers,” said Siegel. “Trump’s EPA is clearly eager to help state oil regulators give California’s water away to the petroleum industry. In the dry decades to come, we’re going to bitterly regret the governor’s willingness to sacrifice this water to oil companies.”

The oil companies, led by the most powerful corporate lobbying group in the state, the Western State Petroleum Association (WSPA), drafted the regulations and the California’s Division of Oil, Gas and Geothermal Resources submitted them to the EPA. You can read my article on this huge environmental scandal here: http://www.dailykos.com/...

This injection of oil waste fluid into aquifers was first revealed in a Center report in 2014, but received relatively little media attention at the time. As Project Censored pointed out in the #2 story of 2014-15, Big Oil was spending many millions of dollars in stopping anti-fracking legislation while the oil industry was illegally dumping fracking wastewater in Kern County aquifers.

"As both Donny Shaw of MapLight and Dan Bacher for IndyBay reported in May 2014, over the past five years, the oil industry has lobbied powerfully in the California state legislature, spending over sixty-three million dollars in efforts to persuade state policymakers to permit the continuation and expansion of fracking. In May 2014, state senators rejected a fracking moratorium bill, SB 1132. The senators who voted against the moratorium received fourteen times more money in campaign contributions from the oil industry than those who voted for it,” Project Censored wrote.

The contamination of groundwater with oil drilling wastewater continues under the Gavin Newson administration. Now, five years after this scandal was first exposed, Janet Wilson of the Desert Sun reports that California regulators continue to allow oil field wastewater injection into potential drinking water sources in Kern County, the center of oil production in California. This is no surprise since Big Oil has captured the regulators from top to bottom in California, as I have revealed in article after article for over 10 years.

“California regulators are negotiating an agreement with two major oil companies that would allow them to keep injecting millions of gallons of wastewater into potential drinking water and irrigation supplies in the Central Valley for three years,” wrote Wilson.

“The voluntary plan would allow Aera Energy (which was jointly formed by Shell Oil and Exxon Mobil) and California Resources Corp. to continue to inject fluid remnants of oil extraction into 94 wells that discharge into shallow groundwater aquifer zones in Kern County,” she wrote.

Representatives of Aera Energy and the California Resources Corporation also told Wilson that “both companies hold legally valid permits to inject into the 94 wells that discharge into shallow groundwater aquifers in Kern County, part of the vast, complex Tulare slab formation underlying much of the San Joaquin Valley.”

"It’s unacceptable that oil companies are still injecting toxic wastewater into potential drinking water sources, in violation of the Safe Drinking Water Act. Despite significant progress by state agencies in recent years to improve California’s Underground Injection Control program, the oil and gas industry still has far too much influence. State regulators need to stand up to fossil fuel interests and take more aggressive action to protect our water.

Oil and gas development has fueled the climate crisis and polluted our state for the last century, and continues to do so today. The cost of doing business with the oil industry is high: Drilling in neighborhoods, right next to homes and schools; dumping wastewater into open pits which has polluted groundwater and destroyed farms; onshore and offshore oil spills; oil field worker deaths; and injection of toxic waste into potential drinking water sources. Regulators have failed to rein in these harmful impacts of this industry and protect our communities.

California can no longer afford to be a fossil fuel state -- it’s time to accelerate the transition away from our oil-soaked history and toward a clean energy future. If the oil industry can’t operate responsibly, then it shouldn’t operate here at all.

Clean water is the most important resource for California’s future. After committing $130 million annually to help the one million Californians without safe drinking water, and adopting new underground injection regulations in April, Governor Newsom, his regulators, and the Legislature need to ensure the immediate protection of California groundwater from the threat of oil field wastewater injection.”

Clean Water Action then called for the following actions from the Newsom Administration and state agencies:

Conduct reviews for all injection projects in the state for compliance with state and federal law and regulations - and respond to out of compliance injection with emergency orders to cease operations.

The State Water Board should use its authority under the Water Code (Sec 13267) to issue informational orders to the oil companies to learn the identities and concentrations of all chemicals being injected in these non exempt aquifers.

Launch an investigation on the impacts of injection into potential drinking water sources, and compel oil companies to remediate all identified pollution.

Place a moratorium on advancing aquifer exemptions until criteria are updated to reflect modern conditions, and assurances that State Water Board designations of protected groundwater are enforced.

The continued injection of oil wastewater into aquifers is no surprise to environmental justice advocates, since the capture of California regulators by the Western States Petroleum Association and oil and gas companies continues under the Gavin Newsom administration.

Despite California’s “green” image, Governor Jerry Brown’s oil and gas regulators approved over 21,000 new oil and gas wells, including over 200 new offshore wells, according to a 2018 analysis of Department of Conservation data by the Fracktracker Alliance.

Rather than decreasing the number of oil drilling permits approved, the Newsom administration doubled the numbers of fracking permits issued during Newsom’s first five months as Governor, as documented in my article on a groundbreaking report by Consumer Watchdog and the Fractracker Alliance: http://www.dailykos.com/…

From January 1 to June 3 of 2018, the State’s Division of Oil, Gas, and Geothermal Resources (DOGGR) approved 2,365 new oil and gas well permits and 191 fracking permits, according to Department of Conservation data analyzed by the two groups.

The data reveals that this year regulators have increased the number of permits granted for drilling new wells by 35.3%, well reworks by 28.3%, and fracking by 103.2%, as compared to the permitting rate during the final year of the Brown administration in 2018.

Even more alarming, of the 2,365 well permits issued, 1064 or 45% of them benefitted oil companies invested in by eight senior DOGGR officials.

After the two groups exposed the expansion of oil and gas drilling and big conflicts of interests by senior DOGGR officials, Newsom fired Ken Harris, the head of DOGGR.

From the ocean to Kern County oilfields, Big Oil has captured the regulatory apparatus

The conflicts of interest by eight DOGGR officials revealed in the report are only the latest in series of conflicts of interests held by state regulatory officials. In one of the biggest apparent conflicts of interest of the past 20 years, the President of the Western States Petroleum Association (WSPA), Catherine Reheis-Boyd, chaired the Marine Life Protection Act (MLPA) Initiative to create faux “marine protected areas” in Southern California from 2009 to 2012. (http://www.dfg.ca.gov/marine/mpa/brtf_bios_sc.asp).

For more information, go to: http://www.dailykos.com/...
Add Your Comments
Support Independent Media
We are 100% volunteer and depend on your participation to sustain our efforts!