Add an Event
Newswire
Calendar
Features
Home
Donate
From the Open-Publishing Calendar
From the Open-Publishing Newswire
Indybay Feature
Publish to Newswire
Add an Event
Related Categories: Peninsula | Immigrant Rights
Four Days After Protest at Palantir's HQ, Giant Data Company Renews Contract with ICE
by Emergency Mass Mobilization To Respond
Wednesday Aug 21st, 2019 1:21 PM
On August 16, demonstrators blocked the entrance to Palantir’s cafeteria saying the data-mining company's technology enables unethical policies, including the separation of migrant families. They called on the Palo Alto headquartered company to drop all its contracts with ICE. Four days later Palantir announced that ICE contracts had been renewed for the next three years. Activists condemned the renewal of the contract and called on all those that denounce and rebuke Palantir’s escalation to immediately mobilize at Palantir Headquarters in Palo Alto Friday August 23 at 4 PM for an emergency action. 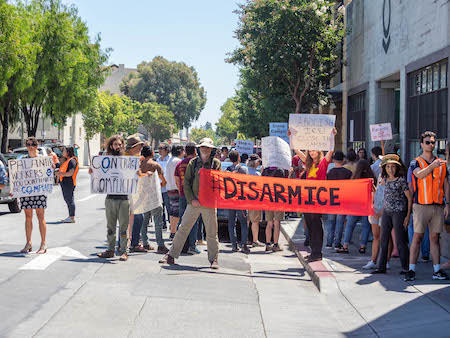 A mere four days after they blocked the entrance to data aggregating company Palantir's cafeteria, protesters heard the bad news. On August 20 a report that ICE had renewed its contract with Palantir Technologies splashed across tech and business news websites.

Demonstrators protested at Palantir’s cafeteria ahead of the announcement saying Palantir technology enables unethical policies, including the separation of migrant families. Palantir has been shown to be intimately involved in workplace raids like the one led by ICE recently that arrested almost 700 people in Mississippi. The company has faced frequent protests and direct actions calling on it to shut down operations and drop ICE contracts.

The Coalition to Close the Concentration Camps-Bay Area quickly broadcast their reaction to this latest development. The alliance of over 20 migrant rights and activists organizations condemned the renewal of the contract and called on all those that denounce and rebuke Palantir’s escalation to immediately mobilize at Palantir Headquarters in Palo Alto this Friday at 4 PM for an emergency action.

Last Friday’s direct action in which the Raging Grannies stood for 2 hours in front of the company’s cafeteria doors was emboldened by loud chanting and impassioned speeches from coalition member organizations including Anakbayan Silicon Valley, Silicon Valley Democratic Socialists of America and Oakland Privacy. On July 12 between 600 and 800 people bore down on Palantir’s headquarters in downtown Palo Alto in reaction to ICE workplace raids.
https://www.facebook.com/events/1310400189...
§Raging Grannies blocked the cafeteria entrance
by Emergency Mass Mobilization To Respond Wednesday Aug 21st, 2019 1:21 PM 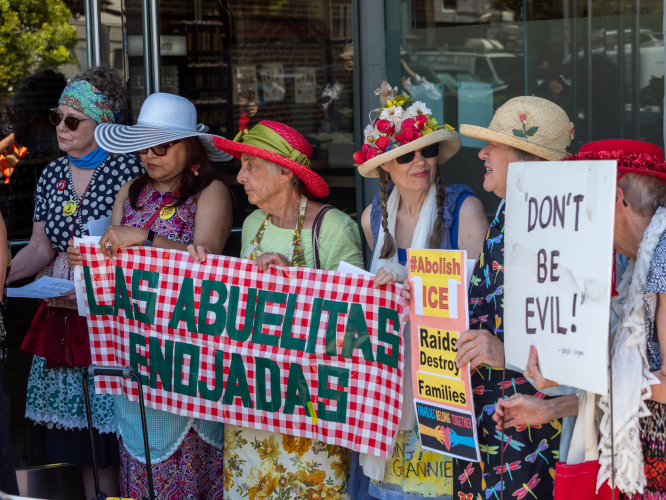 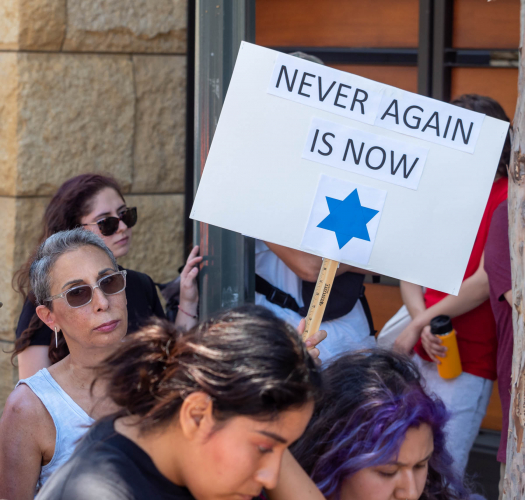 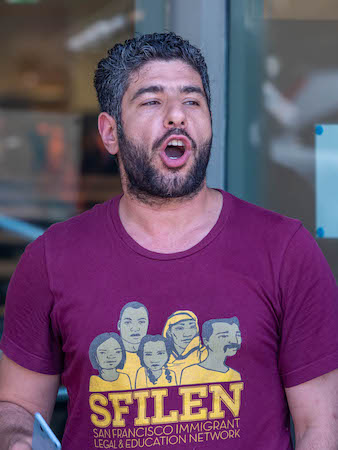 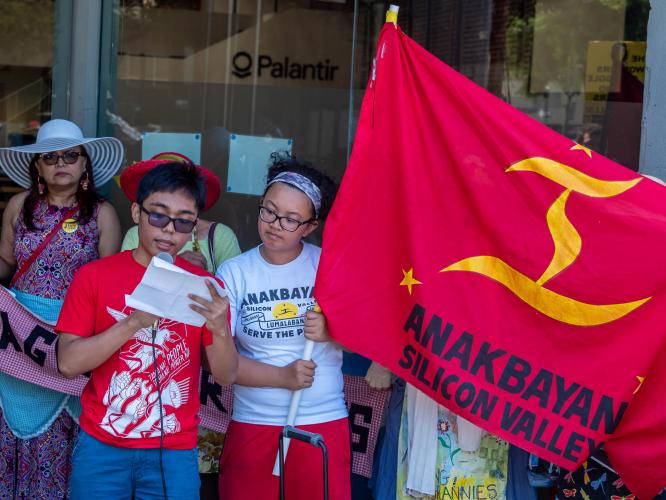 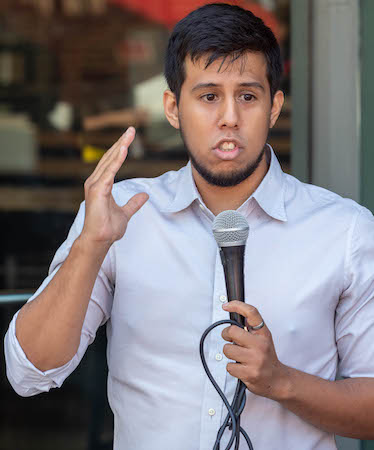 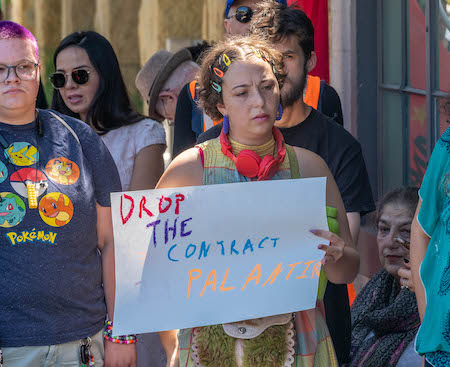 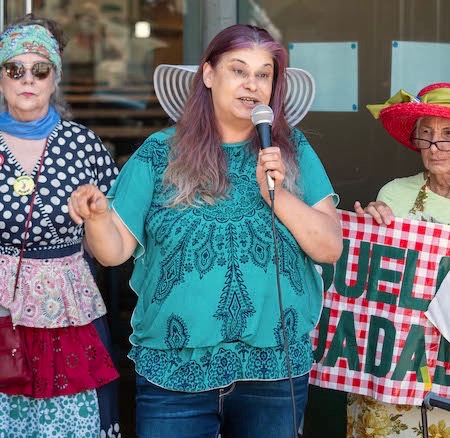 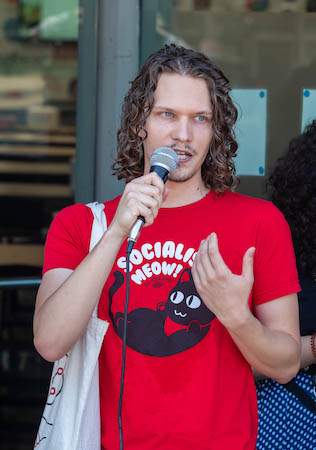 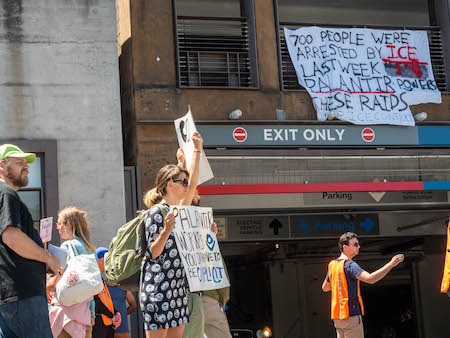 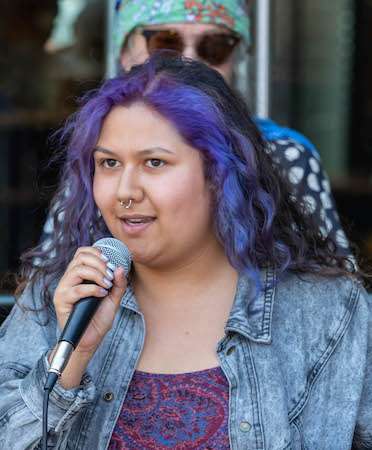 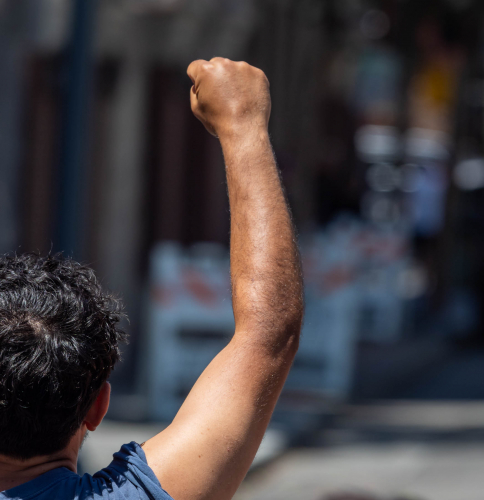 original image (1745x1800)
https://www.facebook.com/events/1310400189...
Add Your Comments
Support Independent Media
We are 100% volunteer and depend on your participation to sustain our efforts!