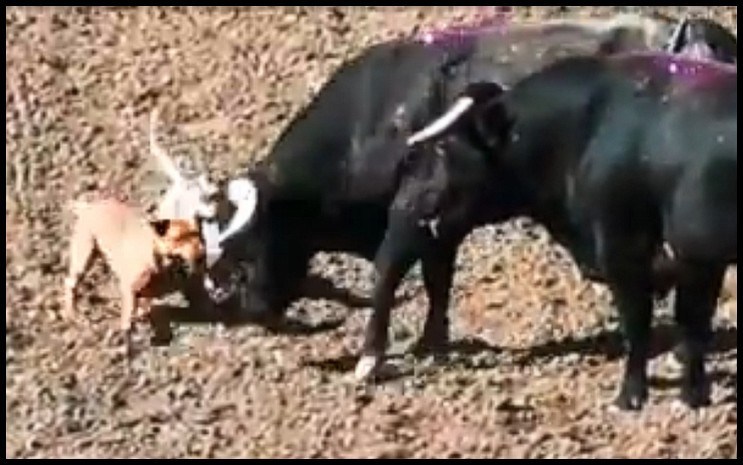 SALINAS, California, August 2, 2019 ––The 109th California Rodeo Salinas had nearly ended on Sunday, July 19, 2019. The loudspeaker was still announcing the last “bullfighting” events, in which “rodeo clowns” tease young bulls who are already agitated by bucking straps cinched tightly around their waists. Attendees, however, were filing out of the Salinas Sports Complex.

The Showing Animals Respect & Kindness videography team, scattered around the arena, were putting away their equipment, anticipating the long drive back to their Chicago-area headquarters, when SHARK founder Steve Hindi happened to glance over into the main arena, then supposedly empty except for the “spent” bulls who were corralled there after their “bullfighting” use.

“I saw some dogs,” Hindi told ANIMALS 24-7, “and they were attacking the bulls and people were watching.”

Hindi signaled to his crew to resume videotaping.

As documented by the SHARK video at https://www.youtube.com/watch?v=prgX7QtdrvA, hundreds of California Rodeo Salinas spectators remained in their main arena seats, far from the awards ceremony for the winning “bullfighters.”

Six bulls who had just been run hard by the rodeo clowns stood at bay near the center of the area, charged repeatedly by a mixed pack of five dogs. Among the dogs were at least one boerboel, a Catahoula leopard dog, two probable boerboel mixes, and a small terrier who tried to push the bulls toward the big dogs.

The big dogs, especially the boerboel and the Catahoula, lunged again and again at the bulls’ faces, biting and sometimes drawing blood.


ANIMALS 24-7 is a nonprofit online newspaper and information service covering the humane community worldwide, i.e. people who care about animals. ANIMALS 24-7 has no alignment or affiliation with any other entity. Our role is to inform the community with breaking news, in-depth background, and the experienced perspective of our staff and our many guest commentators.

ANIMALS 24-7 is organized to conduct activities which are exclusively charitable, literary and/or educational within the meaning of section 501(c)(3) of the Internal Revenue Code of 1954, for the purpose of exposing the existence of cruelty to animals and educating the public of the need to prevent and eliminate such cruelty; and studying animal-related issues via research, surveys, and investigative reports.

thank-you kittyStatistical research of humane issues is among our primary activities. We have been doing this for longer, in greater depth and on a wider range of relevant topics, than anyone else in the humane field. Our staff experience with humane issues, gathering related data, and reporting our findings dates back into the early 1960s.
https://www.animals24-7.org/
§
by Animals 24-7 Friday Aug 9th, 2019 2:57 PM 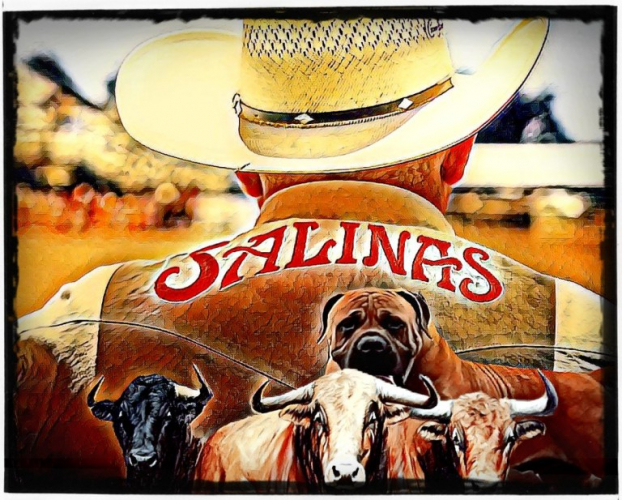 original image (768x617)
(Beth Clifton collage)
https://www.animals24-7.org/
Add Your Comments
Support Independent Media
We are 100% volunteer and depend on your participation to sustain our efforts!