Newswire
Calendar
Features
Home
Donate
From the Open-Publishing Calendar
From the Open-Publishing Newswire
Indybay Feature
Publish to Newswire
Add an Event
Related Categories: California | San Francisco | U.S. | Immigrant Rights
San Francisco Kicks Off 30 Days of Action to Close the Camps
by Kate Raphael
Tuesday Aug 6th, 2019 6:20 PM
A month-long protest outside ICE in downtown San Francisco, organized through word of mouth, networking, and social media, will take place every day from Noon to 1pm during the month of August, by a different sector, group, or organization ranging from librarians to lawyers. 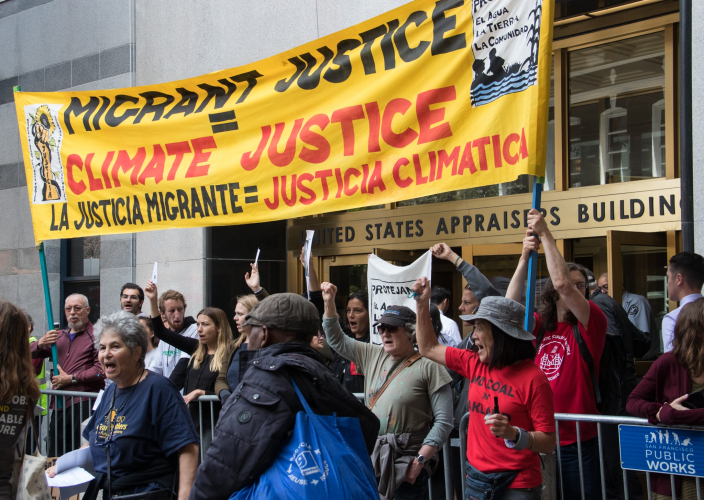 original image (2048x1454)
Three weeks ago, an ad hoc group of a half dozen Bay Area women came together to brainstorm new approaches to mobilizing people to close the concentration camps for immigrants. On Thursday, August 1, drummers and speakers from Indigenous, immigrant justice and faith communities, gathered to kick off a month of daily actions to Close the Camps. The month-long protest outside ICE in downtown San Francisco, dubbed Month of Momentum, is being organized through word of mouth, networking, and social media.

Every day in August from Noon to 1pm a different group or sector will gather at 630 Sansome Street. Protest organizers range from librarians to lawyers, synagogues to comedians, and A Day Without Immigrants to queers. Everyone is welcome any day, and organizers hope that people who work downtown will make it part of their daily routine.

Check out the schedule at https://bit.ly/32MTXEs

ICE is detaining more than 50,000 immigrants and asylum seekers in more than 200 immigrant prisons and jails in the US. Over 60% of the detainees are from Mexico, followed by El Salvador, Honduras, and Guatemala and are largely being held in privately-run immigrant prisons. Texas, California, Arizona, Georgia, and Louisiana are the top 5 states housing the largest number of people in immigration detention. (Source: FreedomForImmigrants.org) Detainees, many of whom are children, are being denied soap, showers, clean water, blankets, decent food, clean clothes, are not allowed to hug their siblings, and some are dying in federal custody. But the Trump Administration says the conditions are fine. Trump has threatened mass immigration raids across the country, and our neighbors are afraid to go shopping, attend church, or even take their kids to school. He is also trying to eliminate asylum and prevent asylum seekers from even reaching the border, which is illegal under international law.
https://www.facebook.com/pg/Month-of-Momen...
§Day 3: Migrant Justice Is Climate Justice
by Kate Raphael Tuesday Aug 6th, 2019 6:20 PM 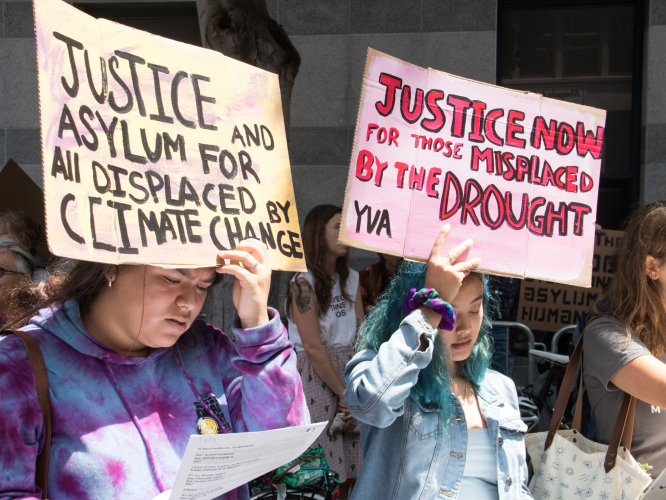 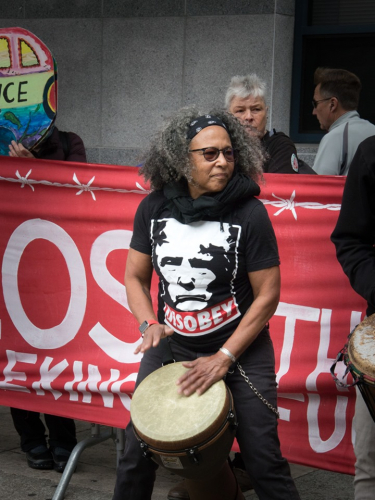 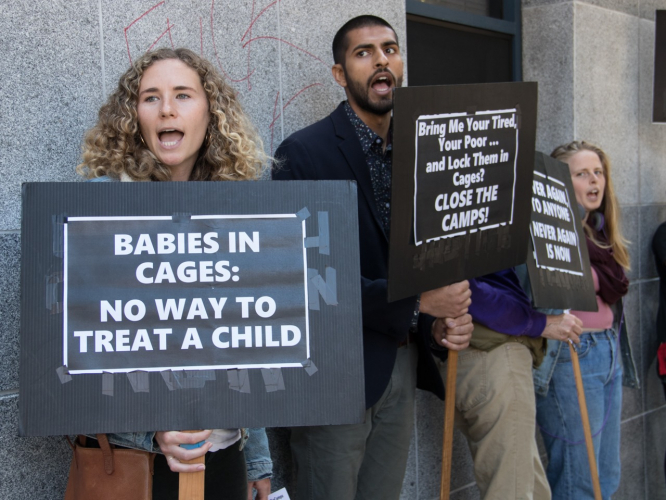 original image (1280x960)
https://www.facebook.com/pg/Month-of-Momen...
Add Your Comments
LATEST COMMENTS ABOUT THIS ARTICLE
Listed below are the latest comments about this post.
These comments are submitted anonymously by website visitors.