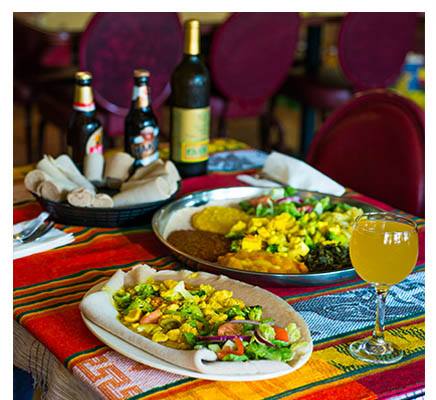 (Sacramento, California) On the occasion of the 127th birthday of H.I.M. Emperor Haile Sellassie I, the applications for registration and certification of 3 varieties of “California Grown Teff” was submitted.

In Ethiopia, for the 127th birthday of Emperor Haile Selassie, Abuna Selama, the Archbishop of the Harar region had instructed the heads of the 53 churches in his archdiocese to hold special prayers and to speak about the contributions of the Emperor to the Ethiopian Orthodox Church.

Melak Sahal, chief administrator of the 53 churches, said: “The Ethiopian Orthodox Church never forgets the Emperor’s contribution to our ancient church’s glory. Today, on his birthday, we will still talk more about his astounding contributions.”

Melak Selam Tebebu, head of the St Trinity Church in Harar, despite his health, came out to celebrate the Emperor’s birthday and said, “It is not we who give a testimony for the Emperor’s inputs, but his colossal and exceptional works which they speak volumes to save our preaching.”

Through his guidance, the Emperor helped to bring the Egypt, Syria, India, and Armenia and Ethiopian church leaders around table for the first time since 431 A.D., to liberate the Ethiopian Orthodox Church with full independence in 1959 showcasing the diplomatic skill of the Emperor, later in 1963 he utilize this skill to guide and lead the establishment the Organization of African Unity, today’s African Union headquartered in Addis Ababa, Ethiopia.

Everyone is invited to celebrate with us or at an Ethiopian Restaurant in your community. The milestone of “California Grown Teff Super Grain” as the ancient super grain of Ethiopian antiquity that will help expand global markets as one of our signature agriculture super foods, serving as a sign and symbol for the rebirth of the California Black Agriculture Working Group.