Newswire
Calendar
Features
Home
Donate
From the Open-Publishing Calendar
From the Open-Publishing Newswire
Indybay Feature
Publish to Newswire
Add an Event
Related Categories: Santa Cruz Indymedia | Racial Justice
Demonizing Immigrants and Mental Health Conditions is Not a Solution to Gun Violence
by Amnesty International
Monday Aug 5th, 2019 1:53 PM
Responding to President Donald Trump’s speech following a spate of mass shootings over the weekend, Ernest Coverson, Amnesty International USA’s End Gun Violence campaign manager said: “Gun violence reform cannot come at the expense of the human rights of any community. When President Trump links background checks for guns with immigration reform, he is once again demonizing immigrants and communities of color. The Trump administration will stop at nothing to shut down the border and limit safety to those who most need it. It is outrageous to denounce bigotry in one breath and terrorize the community that was targeted in one of these shootings. 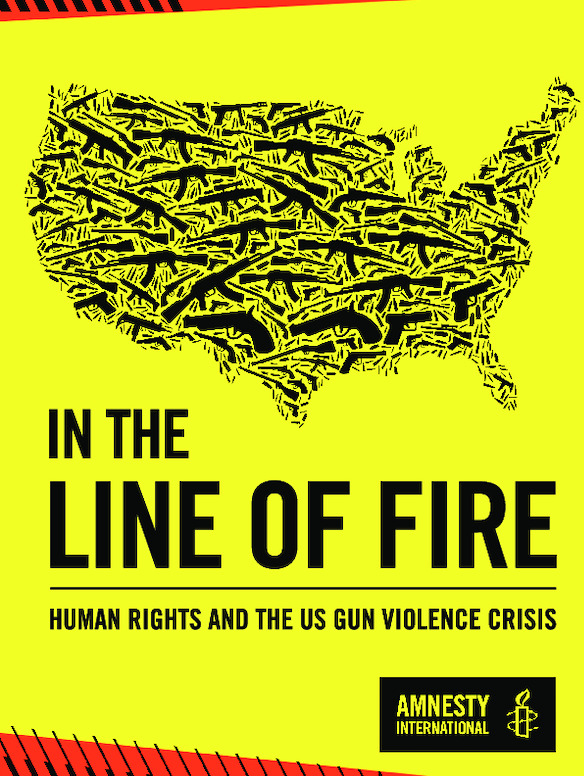 “The first step in meaningful reform to address this crisis would be to pass legislation requiring background checks for the sale of every gun. There are too many guns, and insufficient laws today to keep track of them all.”

Over 90% of Americans support background checks.

There is no evidence of a link between mental health and gun violence. Individuals with mental illness are more likely to be victims of violence than perpetrators. Only 5% of fire-arm related deaths were committed by someone with a diagnosed mental illness.

“In the Line of Fire: Human Rights and the U.S. Gun Violence Crisis” examines how all aspects of American life have been compromised in some way by the unfettered access to guns, with no attempts at meaningful national regulation.