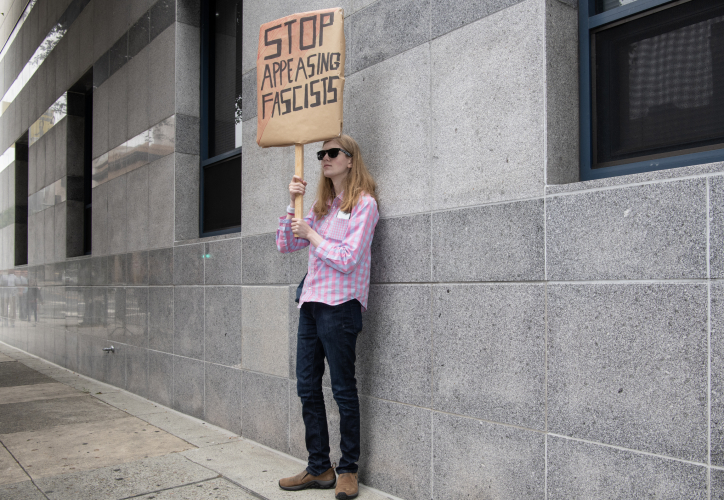 original image (2300x1587)
Following the 1:30 am arrest of 17 who are protesting ICE's illegal lodging of innocent people under horrific conditions for, believe it nor not, "illegal lodging", drummers began a month of protests at ICE SF headquarters.

A Honduran woman whose baby was taken (now reunited, but husband still gone) led the testimony of current and past victims of barbaric family separations.

An 87 year old Japanese woman recalled her detention at age 12.

An elderly Jewish woman cried as she saw the specter of the Holocaust returning.

Drummers made sure ICE knew they were there.

There were spokespeople from Tsuru for Solidarity (Japanese-American), Galeria de la Raza, and the National Lawyers Guild as well as a Rabbi and a Pastor. 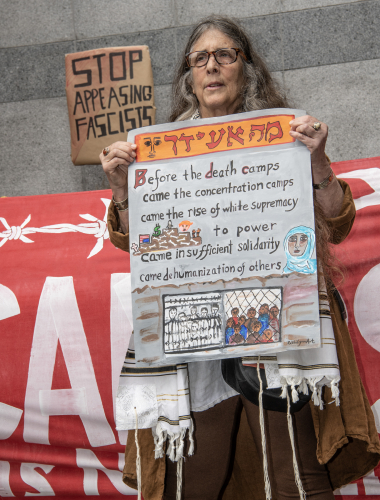 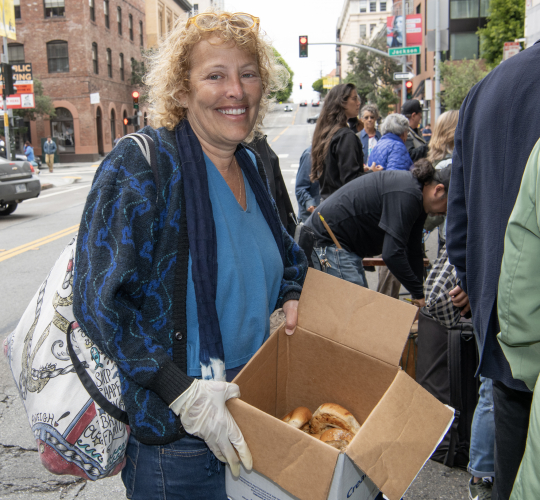 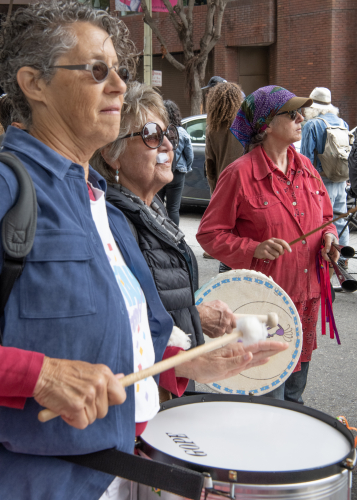 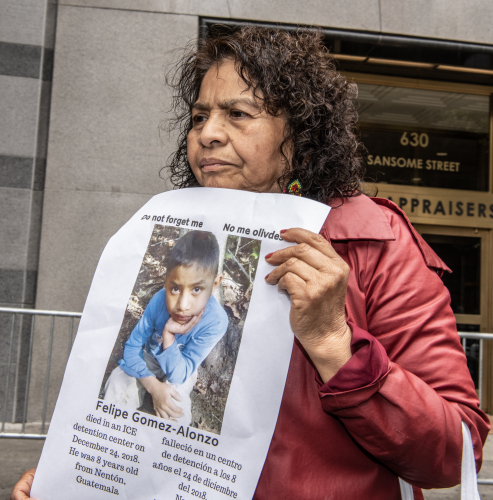 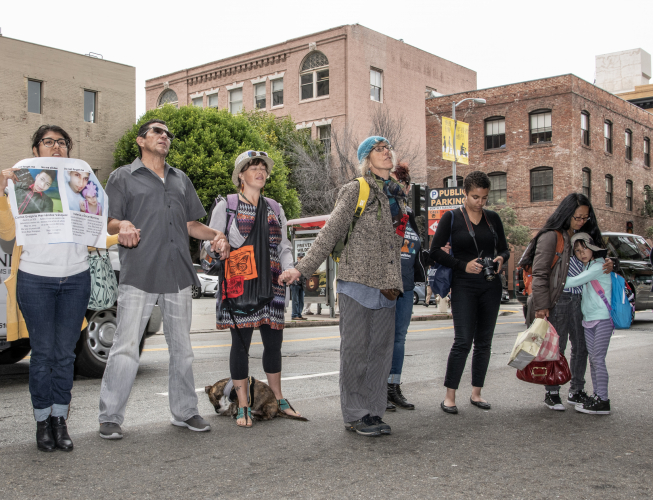 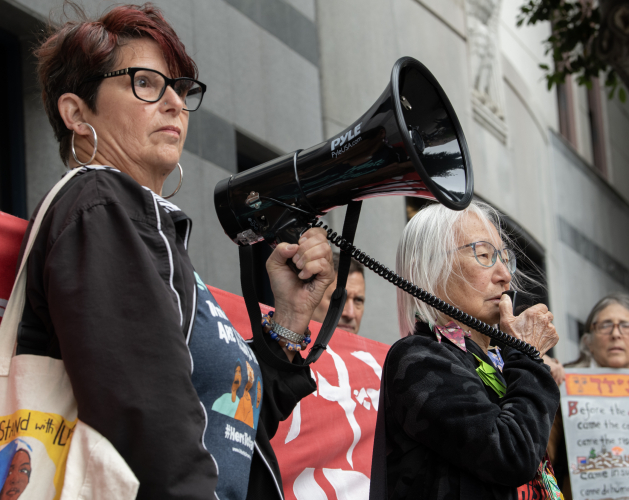 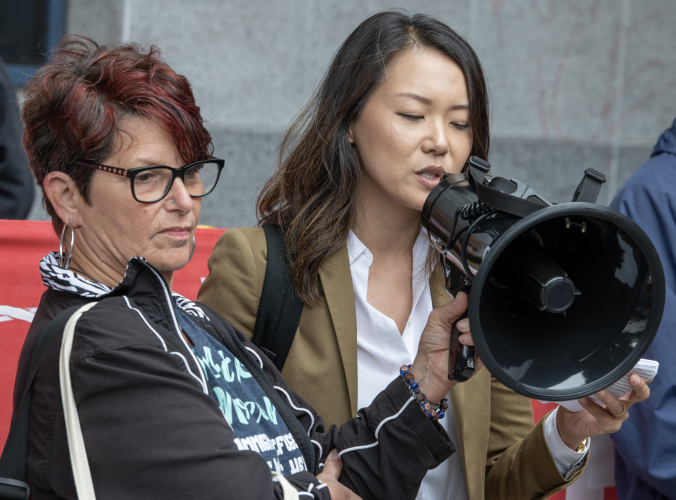 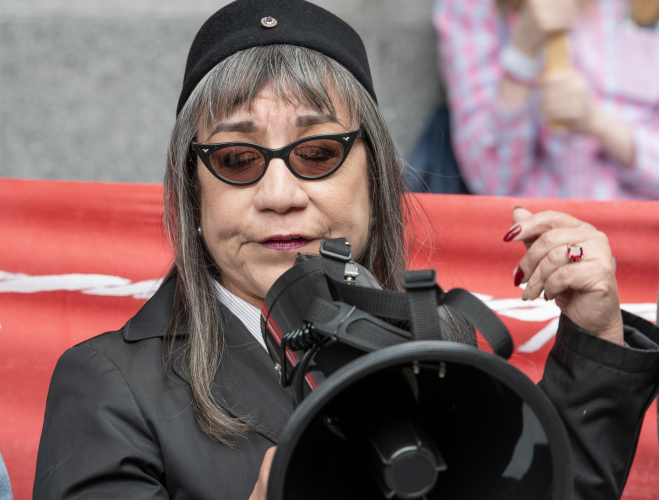 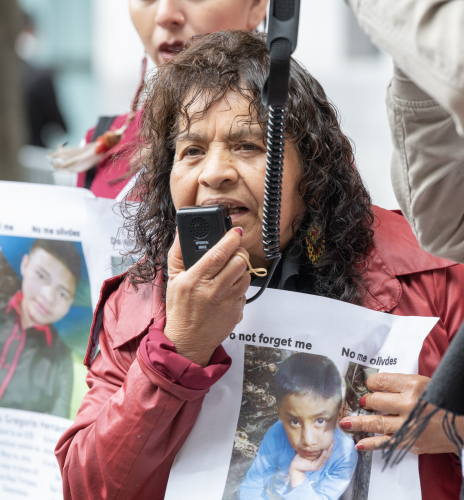