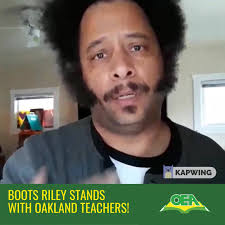 Boots Riley sent a video introduction for the 2019LaborFest screening of "Sorry To Bother You" on July 19th in San Francisco.

The future is here and it isn’t pretty, is part of the story in Boots Riley’s “Sorry To Bother You”. Young workers in the tech economy face a dire state, and this film shows how with ideology of capitalism, that you as an individual, can make it even if you have to run over other workers.
The dog eat dog dystopian world we live in, with its billionaires and the thousands of homeless in the streets, is the backdrop of this film as it shows life in Oakland.

The film also shows the lives and music of youth in Oakland as they struggle to survive, and the business methods of telemarketing. What is different about this film is that it shows that it is only the struggle for unionization and collective power that can transform the reality for working people, and this is part of the ideological struggle against the owners and bosses.

In the struggle for unionization of and for unity of all workers regardless of race, nationality and sexual orientation is Riley, who has been publicly arguing for a general strike for many years. He is now being joined by top union leaders who are making similar calls against the government shutdown by Trump and to defend the climate. His film has a relevance that makes it even timelier and it connects with the daily lives of tens of millions of young people who are struggling for a future.
https://youtu.be/zQK38IjKTBc
§Capitalist Dystopia In Bay Area
by Boots Riley Tuesday Jul 23rd, 2019 11:04 AM 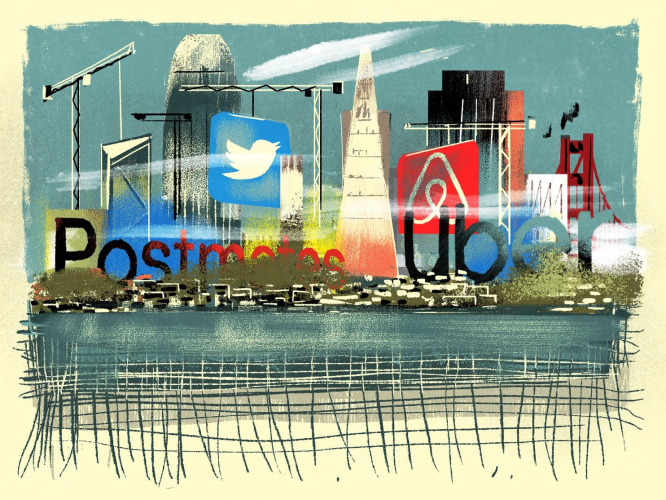 original image (1484x1113)
Boots Riley's film "Sorry To Bother You" shows the growing class contradictions of capitalism and future for workers if they do not organize. The dystopia world is destroying working people.
https://youtu.be/zQK38IjKTBc
Add Your Comments
Support Independent Media
We are 100% volunteer and depend on your participation to sustain our efforts!