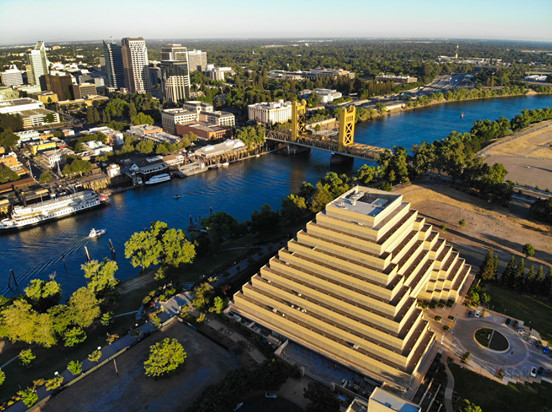 There are eight Regional Economic Communities (RECs) in Africa, among them Common Market for Eastern and Southern Africa and East African Community, all which attempt to harmonise customs regulations and increase access to markets for their members.

However, these RECs have not coordinated effectively with one another in policy initiatives and marketing strategies, leading to a highly fragmented region.

Statistics from the African Export-Import Bank show that intra-African trade is relatively low (14-17 per cent) compared to trade with European countries, which is at 65 per cent. This underlies the balance of trade deficits prevalent in many African countries which prefer to import goods and services from the West.

Moreover, according to a policy brief from United Nations Conference on Trade and Development, many African countries import food and agricultural products from outside Africa, despite the fact that Africa has two-thirds of the world’s uncultivated and/or unusable arable land.

Given this background, it is clear that there is a pressing need to come up with a comprehensive trading bloc that will integrate the African countries and increase their bargaining power when trading with other countries and enhance Africa’s capacity in manufacturing and agriculture.

Consequently, the idea of an African Continental Free Trade Area (AfCFTA) Agreement was hatched to address the trade challenges faced by African countries. The African Union (AU) estimates that should the agreement be operationalised, it will bolster intra-African trade by 60 per cent by 2022. AfCFTA will be one of the largest free trade areas since the formation of World Trade Organisation.

Adam Smith in his book, ‘The Wealth of Nations’, introduced the concept of the unobservable market force that helps the demand and supply of goods in a free market to reach equilibrium automatically and termed it the “invisible hand”.
Further, he posited, “…It is the maxim of every prudent master of a family never to attempt to make at home what it will cost him more to make than to buy. The tailor does not attempt to make his own shoes but buys them from the shoemaker. The shoemaker does not attempt to make his own clothes but employs a tailor. The farmer attempts to make neither the one nor the other, but employs those different artificers….”

Inspired by the above school of thought, David Ricardo put forward the theory of comparative advantage and asserted that comparative advantage occurs when a country produces a good or service for a lower opportunity cost than other countries. This subtle idea is the main premise for most economists’ belief in free trade in this day and age. As per Ricardo’s theory, a country that trades for products it can get at a lower cost from another country is better off than if it had made the products at home.

In a bid to build socio-economic integration in Africa, the AU came up with an action plan dubbed Boosting Intra-Africa Trade with its major areas of focus being trade policy, trade facilitation, productive capacity, trade-related infrastructure, trade finance, trade information and factor market integration. The AfCFTA is one of the vehicles that will be used by the AU in achieving these objectives.

Governance framework
The Executive Council of the AU, which comprises of ministers for Foreign Affairs, settled on Accra, Ghana to host the AfCFTA Secretariat.
This decision was approved by Heads of State and Governments in Niamey, Niger, on July 7, 2019. The AfCFTA agreement requires members to remove tariffs from 90 per cent of goods, allowing free access to commodities, goods, and services across the continent. It is also during the AU Extra-Ordinary Summit in Niamey, Niger, that the operational governance framework of the agreement was launched, covering Rules of Origin (RoO), the online negotiating forum, the monitoring and elimination of non-tariff barriers, a digital payments system and the African Trade Observatory.

One of the benefits of the AfCFTA is the elimination of tariffs and non-tariff barriers which will facilitate intra-continental trade, leading to increased regional demand for goods and services. Moreover, it is estimated that Africa’s population will hit 2.5 billion by 2050.

This would present an expansive market for goods and services within Africa. AfCFTA is thus an opportunity for countries in the continent to improve their industrial capacity to satiate the demands of the new-found market.

The AfCFTA could also bolster the proliferation of manufacturing sectors in the continent, an outcome that would resonate with one of President Kenyatta’s Big Four Agenda on enhancing the expansion of the manufacturing sector. According to African Trade Policy Centre, extractive commodities, such as oil and minerals, formed over 75 per cent of the export base outside the continent, while less than 40 per cent of the extractive commodities were exported within the continent between 2012 and 2014. The market for extractive commodities is characterised by sharp variations in terms of prices and this poses a huge risk to African economies. The plethora of challenges brought about by the volatility of such commodities can be surmounted by using AfCFTA as a lever system which will bring a paradigm shift from exporting extractive products to more sustainable and inclusive trade.

Moreover, it is worth noting that the exportation of oil and minerals is a less labour intensive undertaking compared to the exportation of manufactured goods. Therefore, promoting the growth of the manufacturing sector as envisaged in AfCFTA will create employment opportunities that will enable African businesses to tap into the dividends that come with a youthful population.

On the flip side, all factors held constant, tariff cuts might dent the trade tax revenues at a time when nearly all the tax authorities in Africa have set very high revenue targets. However, the increased level of trading due to the ease of doing business within Africa will offset the tax revenue dip occasioned by cutting applied tariffs as there would be an exponential upswing in revenues from exports and new businesses.

While AfCFTA presents a great opportunity for Africa with respect to market access, bargaining power and growth of industries, there are a number of challenges facing its implementation. These include lack of political will in some countries, setting a common criterion to determine the rules of origin, challenges in its implementation in light of diverse economies and the diversity of economic visions. It is hoped that AfCFTA will overcome these challenges and herald a new age for intra-Africa trade.
Add Your Comments
Support Independent Media
We are 100% volunteer and depend on your participation to sustain our efforts!